2013 NFL mock draft: Todd McShay sticks to the script for the KC Chiefs

Todd McShay's 2013 NFL mock draft has been released and to no one's surprise the Kansas City Chiefs are going with an offensive tackle. But which one?

Share All sharing options for: 2013 NFL mock draft: Todd McShay sticks to the script for the KC Chiefs

Outside the KC Chiefs draft headquarters there's a debate between whether the top pick should be Texas A&M's Luke Joeckel or Central Michigan's Eric Fisher. We don't know how that's going inside the Chiefs facility -- they've probably made up their mind already despite what GM John Dorsey says -- but we do know that the 2013 NFL mock drafts continue sending offensive tackles to the Chiefs. And the most common name is Joeckel.

ESPN's Todd McShay is no different as his latest mock draft has no questions at the top, sending Joeckel to the Chiefs. So we think that's what will happen but, as I noted the other day, the draft can bring on plenty of surprises. McShay's mock draft had a few surprises, especially at No. 6.

You know how you can tell when a mock draft isn't accurate (well, none of them are accurate)? When there aren't any trades. Last year there were 19 (!!) first round trades. No doubt there will be movement in the top 10 this year. Unfortunately, that movement probably doesn't include the Chiefs. 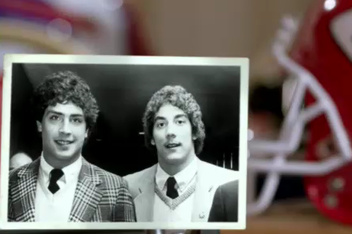 ESPN's 30 for 30 highlighted the 1983 NFL Draft where the KC Chiefs passed on Dan Marino and Jim Kelly, only to select Todd Blackledge. Chiefs fans today are not over it.

Take a look at the mock here and a few of my notes below.

The top three OTs are gone by pick No. 4. As some predicted. Lane Johnson wasn't a top 10 pick two weeks ago. Now you can't leave the top five without him in your mock draft. Why is that? Teams probably view him as the last plug-and-play left tackle before there's a big drop-off. That's who you get situations where there's more interest in Lane Johnson than Luke Joeckel -- everyone knows Joeckel will be gone.

Star Lotulelei lasts to pick No. 14. The Panthers took him. Sheldon Richardson was the 18th pick and Sharrif Floyd was the third overall pick. Will Lotulelei fall that far? He's a mystery. Some draft folks have him as a top three pick. I thought the Chiefs should've considered him for the No. 1 pick. Other folks, like this mock draft from Gil Brandt, has him landing outside the top 10. 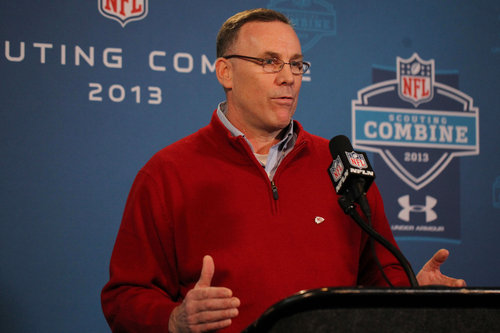 Among my favorite NFL Draft analysts are Dan Kadar of Mocking The Draft and Greg Cosell of NFL Films. The people who make the draft their living are the ones who I tend to trust the most. For Dan and Greg, that's the case. Let's compare how each sees the Kansas City Chiefs No. 1 overall pick in the 2013 NFL Draft plays out.

Tight end Tyler Eifert goes No. 6! Wow. Just wow. I can't see how that happens. Not at all and especially not with Dion Jordan still on the board, which McShay has him going to No. 7. Eifert has been under the radar in the sense that he didn't go on a lot of postseason visits to NFL teams. Maybe he was such a squeaky clean prospect that teams didn't need to know anymore about him. But No. 6 is really, really high. The only tight end I can think of that would be the worth that pick would be .... Tony G.

Ryan Nassib is the first quarterback chosen. Dang. This would be a surprise. His college coach, Doug Marrone, is at Buffalo so McShay has the Bills selecting Nassib with the No. 8 overall pick. I think this pick could happen -- but in the second round. Buffalo would have a hard time selling this knowing either Geno Smith, Matt Barkley or Ryan Nassib will probably be available in the late first, early second. I can't see it happening this high.

Alex Ogletree lasts to the 20s. The Bears select him at No. 20. The reason I put this here is that some say there's a shot Ogletree can fly up to the top 10.

Manti Te'o is a Viking at No. 25. So, hmm, is this why ESPN is sending a camera to the Vikings facilities? Seriously, are they expecting something like this?

Even split: Joeckel vs. Fisher

Vegas odds on the top picks