Luke Joeckel is the favorite to be drafted No. 1 overall in the 2013 NFL Draft by the Kansas City Chiefs. But two days before the draft, nobody can say for sure who the Chiefs will select.

I kinda like this year's draft. Sure, I'd love it if the KC Chiefs had the pick any other year and could select a franchise quarterback with the No. 1 pick but this year there's actually a little bit of mystery with the top pick. 50 or so hours from now the 2013 NFL Draft will kick off (football term) and we don't have a great read on who the Chiefs will select.

I recently heard a very good speech from Schefter at Northwestern. In that speech, Schefter noted that he was always very careful about the way he worded things. This one reads like Schefter is saying Joeckel will go No. 1 and Fisher will go No. 2. But what it really says is that those two will be the first two picked -- Joeckel then Fisher OR Fisher then Joeckel. And not even by the Chiefs and/or Jaguars, who hold the No. 1 and No. 2 picks. 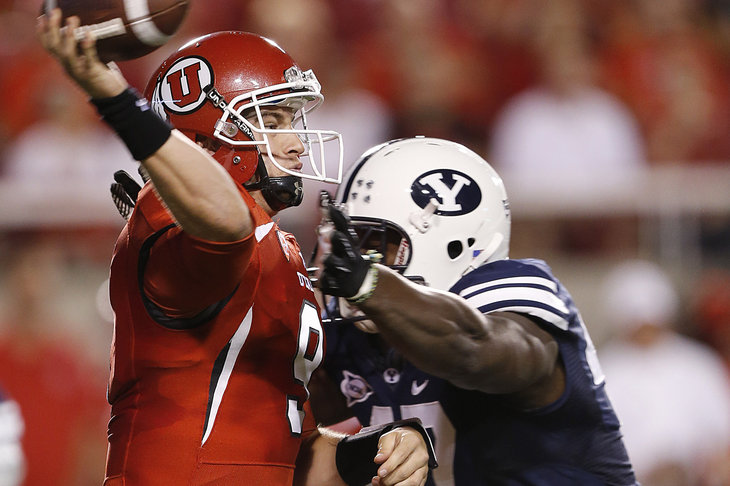 Plenty of trades in Gil Brandt's mock draft but the Chiefs aren't one of them. They make their pick at No. 1.

The point being that while a lot of folks are saying Joeckel will be the pick -- he's the favorite among the mock drafts -- a lot of shit can still go down. I wouldn't bet against Joeckel but I'm not sure enough that he's the guy not to have a "Chiefs draft Eric Fisher" already pre-written.

Besides the offensive tackles, I know there are plenty of Chiefs fan who believe a defensive player is a possibility. We looked at a few of the options earlier this week but I see one of the two offensive tackles -- or a trade -- as more likely possibilities.

We asked all of you to choose between Joeckel and Fisher earlier this week. The results of that poll currently stands at Fisher leading Joeckel ... by 7 votes.

I said on Around the League: #Chiefs GM John Dorsey called Florida DT Sharrif Floyd yesterday to check on him. Hmmm. At 1 or for trade back?