Some people are saying the 2013 NFL Draft class is a weak one, especially compared to last year's class. But before we talk about bad draft classes, let's remember how terrible that 2009 one was.

If you've turned on the TV and watched anything to do with the 2013 NFL Draft in the last three months, you've heard someone say something to the effect of "There is no Luck or RGIII in this draft class." It must be a prerequisite on some networks that you HAVE to say that before evaluating the class of talent.

Whatever. Every year someone proclaims this draft class to be the best and the worst ever. Last year some said it was top heavy but there was no depth in the draft. This year people say the depth is better than ever. Others, like an anonymous team exec quoted by CBS Sports' Mike Freeman, says it's a terrible draft.

"When we look back at this draft in five or 10 years," said the team executive, "we might view it as one of the worst we've seen in some time."

Hold up. We need a reminder: t would take a HELL of an effort to beat the 2009 draft as the worst in recent memory. I mean... 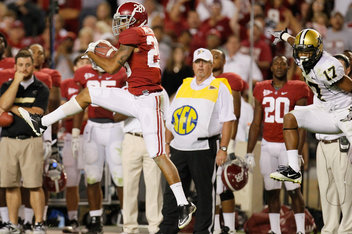 Down to 2: Joeckel and Fisher
Gil Brandt's mock draft - with trades
Bold Chiefs predictions
Top teams want to trade back

1. Matthew Stafford - Good QB, about to get his second big contract.

2. Jason Smith - No longer with the Rams.

4. Aaron Curry - Ha, remember when he was the safest player in the draft?

6. Andre Smith - Good player who took some time to develop.

7. Darrius Heyward-Bey - No longer a Raider.

Four of the top five pics are flat-out busts. That was a bad draft. I know former Chiefs GM Scott Pioli used to point out that this was a bad class, perhaps justifying some of the picks he made that year, which drove fans crazy. But it's true. This was just a bad draft. It would be tough for the 2013 class to top that.

Tyson Jackson that year had only a 40 percent approval rating from AP readers. The words "carbon copy of Richard Seymour" were used by a respected analyst to describe Tyson Jackson. Most of the other media outlets gave the Chiefs a C for that draft.

Clearly, the Chiefs do not want a repeat of that. No offense to Tyson Jackson -- he's a fine player -- but even he knows he will always be thought of in the context of the third overall pick.

Please vote in our completely unfair and too early poll below.