Do you approve of the job the Kansas City Chiefs GM is doing? Vote in the poll and let us know.

April is general manager's month. It's the time of year when Kansas City Chiefs GM John Dorsey should be shining. We'll have a better idea of his work by this time next week when he's making the No. 1 overall pick in the 2013 NFL Draft (or trading it).

Last month Dorsey ended at 92 percent in our approval ratings. What's he been doing in the last month? In his own words from Friday's press conference... 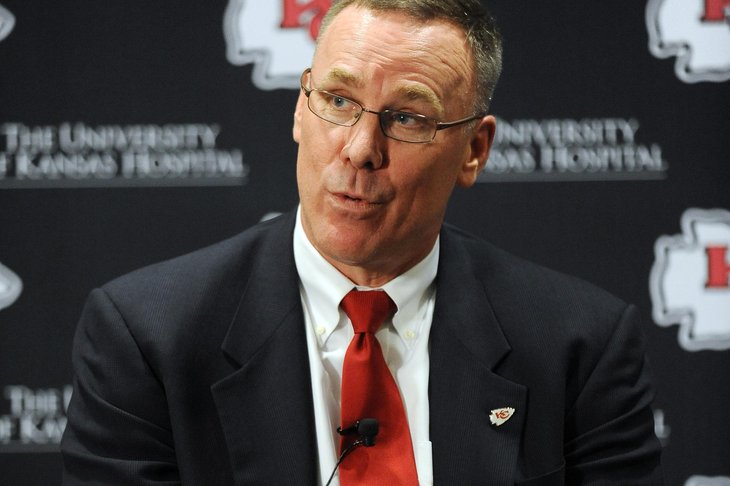 "Do you know how much I pay attention and listen? I haven't turned the radio on, picked up the newspaper or watched TV in terms of football in a month. And I try to block that out so I can get a really true perspective of what's there and what my goal is to do - to try to get the best available players - so I try to block all this out."

So he's been pretty boring lately.

Before the draft goes down, we're asking for your vote:

Do you approve of the job John Dorsey is doing as the Chiefs GM?

Vote in the poll and let us know.