Bovada has released odds on the 2013 NFL Draft, from how many offensive players will be selected in the first round to where Geno Smith will land. Check out all the odds below.

Share All sharing options for: 2013 NFL Draft odds for the top picks

It seems as if the oddsmakers believe Luke Joeckel to the Kansas City Chiefs is all but a done deal. Bovada released a few odds on the 2013 NFL Draft and Joeckel-to-the-Chiefs is such a sure thing they didn't even list it in their update to us. They did, however, include a few odds and ends on the 2013 NFL Draft. See below for an update and let us know which bet you would absolutely make.

Check out what they say on picks 2-5 below: 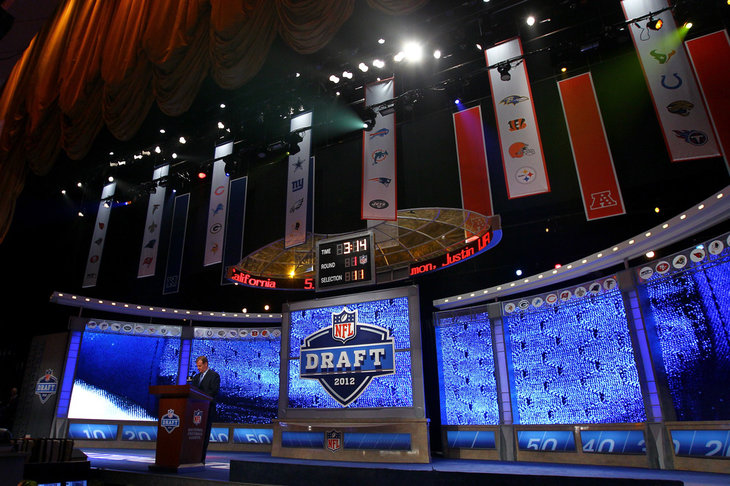 What should we expect to happen before the Detroit Lions go on the clock in the first round of the 2013 NFL Draft? I spoke with bloggers for the teams in the top four to find out.

GM: We made the 'proper decision' with Alex Smith