As we noted earlier, the choice for the Kansas City Chiefs No. 1 pick in the 2013 NFL Draft is likely coming down to offensive tackles Luke Joeckel and Eric Fisher. Would one would you pick?

The Kansas City Chiefs are four days from the 2013 NFL Draft, which means they should know who they're going to pick. GM John Dorsey said earlier this month: "We've said all along it's a process, and that process will not be finalized, that board will not be set, until four days before the draft. That's the way that whole process works itself out. There are different phases that you go through."

It's four days before the draft. Do we know who the Chiefs are picking? 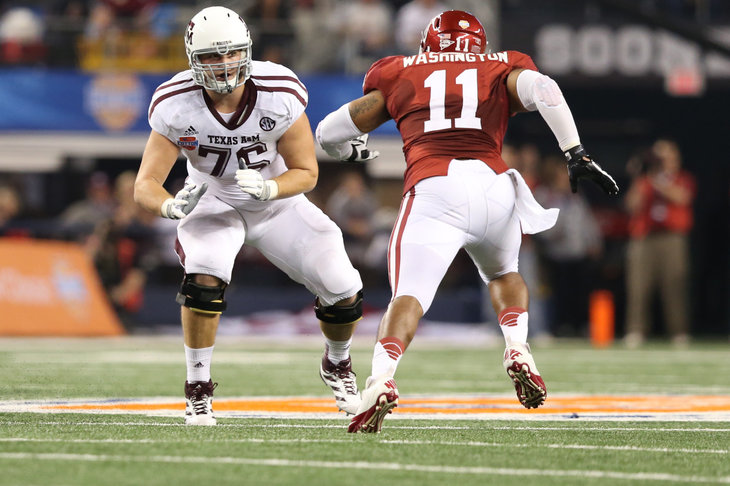 AFC GM on Joeckel: "His angles are so good. Everything is perfect with him. He's technically smooth. He's incredibly instinctive, and sometimes that passes people by."
NFC GM on Fisher: "Because of his athleticism, he has more upside. If you want upside, you take Fisher."

No, we do not. And I wouldn't expect Dorsey to come out and tell you that. With the new rookie wage scale, there is no reason to negotiate with the No. 1 pick ahead of time, and pit him against another option. Dorsey said last Friday at his pre-draft press conference that he would just pick the best available player, not pit two players against each other for negotiation purposes.

The Chiefs pick appears to be coming down to an offensive lineman. Specifically, Joeckel or Fisher. Both have their positives and negatives and the Chiefs braintrust will need to decide which one is better. Asked on Friday which player he prefers, Dorsey didn't bite.

The last time we asked about Joeckel vs. Fisher, the results were this: 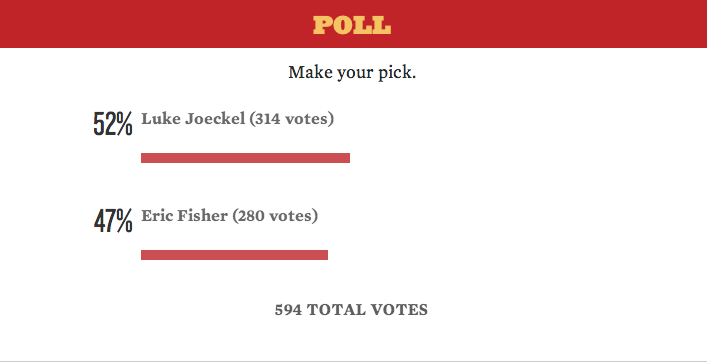 That's pretty darn close. Like many of you, I'm no expert when it comes to evaluating offensive lineman. I go off of what others say and others are saying that Joeckel may be the safer pick but that Fisher has more upside. Ah, the age-old debate of potential vs. proven.

Which one would you pick? Make your choice, again.

The other options besides OT

Chiefs draft room will be full