The 2013 Arrowhead Pride NFL mock draft continues. AP user mushin is representing the Oakland Raiders with the No. 3 overall pick...

Welcome to the 2013 Oakland Raiders. Arguably the worst roster in the NFL. -mushin

The Raiders are a hot mess. This is the kind of team that would get coaches fired by Crazy Al back in the day. Will his son show any patience? Raider nation will get to see what their owner is made of. If I'm a Raider fan I'd make evaluating how much patience Mark Davis has as the goal for the season. The team is going to blow monkey chunks. You have to love it.

Geno Smith was who I wanted here, but even if Geno falls to No. 3 in the real draft, he probably won't be Oakland's pick. It certainly appears Matt Flynn will be the answer at QB next year. This does beg some questions about Geno Smith if KC, Oakland, Buffalo and Arizona were all snatching QBs perceived as second tier journeymen to avoid drafting Geno. Or maybe Jacksonville is in love with Geno and nobody wants to pay to jump to No. 1 and grab him. Ridiculous board rants for and against Geno. GO!!!!

If I didn't know better, I would say that Oakland's brass were gunning for securing the first pick overall next year to grab Johnny Football. GM Reggie McKenzie and head coach Dennis Allen have to survive the 2014 GM/coaching purge to see their labors of their ‘fruit'. Good luck on that.

This pick is almost as boring as Luke Joeckel to KC at No. 1. Oakland has so many holes that they could literally draft any position, including punter, and make an improvement. Somewhere a cranky old voice is shouting "But can that punter run a good 40?!?!?!?!" into the blackness of eternity. Miss you Al.

The Raiders could use two starting CBs, a S, TE, RT, a couple of LBs, RB depth and WR depth. But where the team is the thinnest is at defensive line.

This offseason has seen Oakland lose four of their eight defensive lineman. Three of them were starters. Branch and Shaugnessy left via free agency. Tommy Kelly was released last week. Richard Seymour was valuable line depth but will not be back next season. The current defensive line of the Oakland Raiders looks like Houston, Jones, Bilukidi and Crawford (who?). Brandon Bair, a name familiar around here, is the only depth player they have.

I have no idea where Oakland is going to find three starters and line depth with their current picks and cap issues. The truth is, they simply won't be able to unless they ignore every other hole on the team. Oakland won't have a "Best Player Available philosophy", they have a "Yeah, we need that" draft approach. Wow this roster is bad. 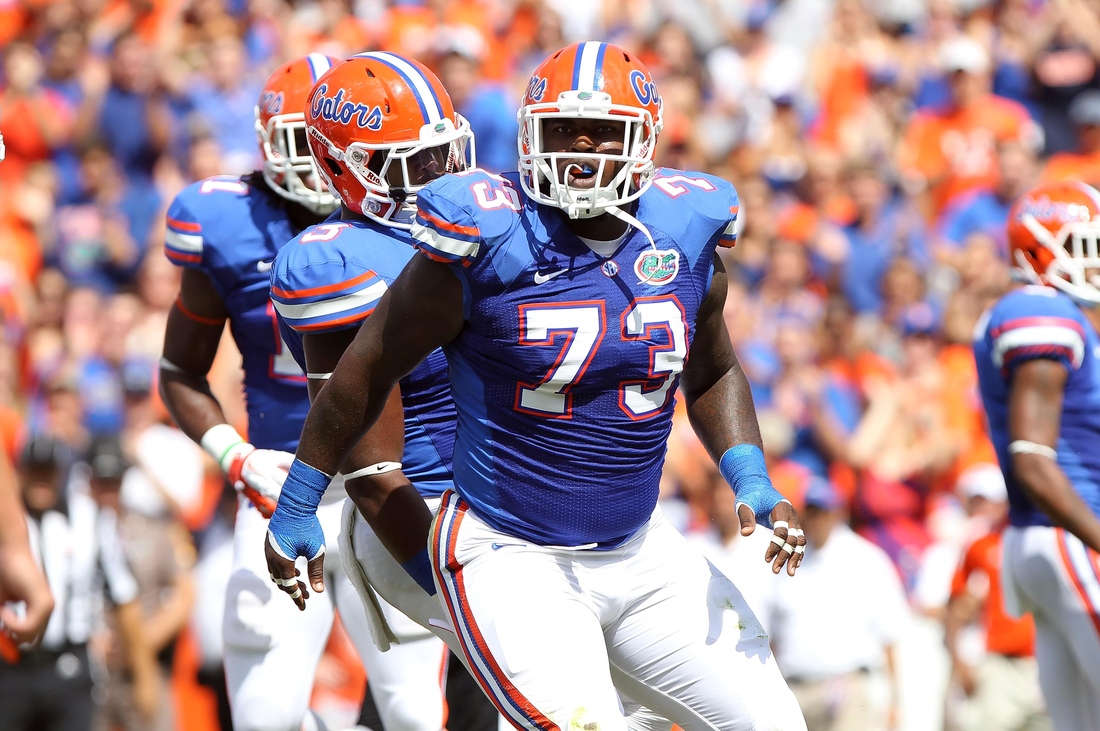 There's really no other way to go here. With the defensive line issues, Star Lotulelei may make some sense, but not as much as Floyd. Allen has gone on record saying that he would like the Raiders to have a flexible defense that plays matchups using both 3-4 and 4-3 looks. Lotulelei could play either scheme, but he's a man mountain type of player. He's a double team, space eating machine. He's great, but if flexibility is your goal, Floyd is much more versatile in how he could be used.

Ziggy Ansah could go here as well. Really raw though and a roll of the dice with only one year of production. If Al was still drafting for Oakland, Ansah would be the pick. That or the fastest WR with bad hands that I could find among the draft prospects. Man was Heyward-Bey a bad pick. McKenzie gets the benefit of the doubt this year. Common sense mock until proven otherwise.

Floyd fits what the Raiders are trying to do perfectly. He's best suited to play the 3-technique in the 4-3, but has the size and ability to play the 5-technique in a 3-4. During his time at Florida he played every position along their 4-3 line. He's an interior lineman in his 303 pound heart, but his initial burst is so good that he can play DE and provide some level of pass rush. He could even play NT if they needed. Ansah may be the only other lineman with enough athleticism to play that many spots on the line, but again, he's a pretty risky player to take at No. 3.

Sharrif Floyd would become, at minimum, Oakland's second best d-lineman the moment he walked onto the practice field. His skill set would allow him to play whatever Oakland needed whenever Oakland needed it. A team this bad will need players who can pick up the slack. There's going to be oodles of slack this year.

Oakland isn't going to find anyone in free agency to match Floyd. When guys like Shariff pan out teams will never let them get away to free agency. If a Sharrif type prospect doesn't live up to expectations he still can sign a two-year, $7 million contract to play out of position as a 3-4 DE (cough...Glenn Dorsey...cough). Guys like Floyd are only available at the top of the draft.

That toilet you hear is the sound of the hopes of the 2013 Raider Nation circling the drain in March. Mr. Floyd, I hope you like swimming rapidly in a counter-clockwise motion.