NFL schedule 2013: Ranking every KC Chiefs game on the schedule

Share All sharing options for: NFL schedule 2013: Ranking every KC Chiefs game on the schedule

Of course. Of course this is the best game. It's the Chiefs only primetime game. It comes against Andy Reid's former team of 14 years, the Eagles. Chip Kelly. The Eagles third game in 11 days. Both teams are coming in with new head coaches and plenty of questions at quarterback. There's a lot going on here.

The Broncos games are the best team in the division. If the Chiefs are going to be competing for a division title, this is a must-win.

Whoa. I just dropped the first must-win of the season. Maybe it's just a tad too early.

This also happens to be the date of the Jovan Belcher tragedy.

I went to the Chiefs-Redskins game in Washington back in 2009. The Chiefs won, their first victory of the season. This game would be all about RGIII though. I'm not a Redskins fan but he was a lot of fun to watch last year. I'm definitely looking forward to seeing how the Chiefs fare against him. Plus, the Redskins were a playoff last year. That's the level the Chiefs want to be at.

Broncos again. That's how important these games are. The Broncos embarrassed the Chiefs in the final game of the 2012 season. What a bad, bad game. The Chiefs had nothing to play for (besides the No. 1 pick) and just didn't show up.

Andy Reid comments on the schedule 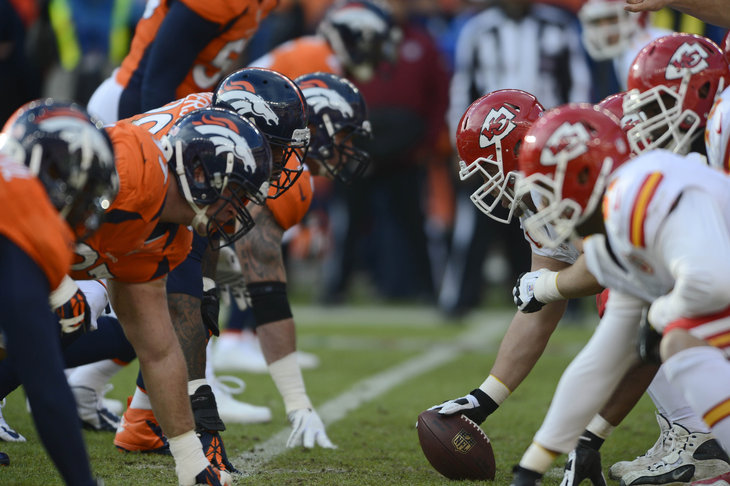 "The schedule release is always an exciting time of year," Reid said in a statement from the Chiefs. "In the National Football League, every game is a challenge, but we are going to continue to work hard in the offseason to make sure we are ready to play. I'm really looking forward to getting out there in front of our crowd. Arrowhead Stadium is a tough place to play, and we realize our fans provide us a great home-field advantage."

Two-time Super Bowl winner Eli Manning. Like the Eagles game in Week 3, the Chiefs also played the Giants in the same week (Week 4) as they did in the 2009 season. That game was at Arrowhead and I missed it for some reason ... I was just sitting here trying to remember why I missed it. I remember driving on a highway so I was out of town some place ... someone look at the archives to see if I made comments about where I was.

Let's just be honest here. The fan base that can drive the most web traffic is the Dallas Cowboys. Hopefully the Chiefs are coming off a win over the Jaguars and ride some momentum into the second game of the season against Dallas and we can bask in the glory that is Cowboys web traffic.

Also the home opener, which is important.

If the Chiefs are a playoff team they have to compete with the Texans. Houston seems to be hitting their stride. They're going to be competing for the AFC South title.

I also feel like the Texans are the 1990s Chiefs. Just good enough to

Andrew Luck. The Colts beat the Chiefs at Arrowhead last season, the one where Jamaal Charle went crazy with 226 rushing yards. That was a fun game to watch only because of him. The Chiefs were terrible but Charles was still a reason to watch.

(Looking too far ahead warning) Playoff implications? The Chiefs won two games last year so part of me feels a little silly talking about meaningful games in December but give me an important December game against the Colts. See the current poll results above.

This will be the SIXTH year in a row the Chiefs and Bills have played ... and the Chiefs have won just one of those. So for those of you looking at the Bills and thinking that's a W, remember that win-loss record.

The Raiders are another game on the schedule you look at and mark as a win. But you know what, the Chiefs have won one in their last six games against the Raiders. One out of the last six! There are no gimmes on the schedule.

The Chiefs have lost four of five against San Diego. And the all-time record is 52-52-1. That means this one is for all the marbles!

Reacting to the schedule 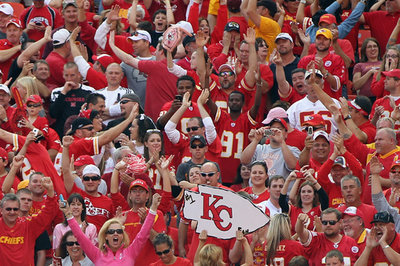 See what people are saying about the Chiefs 2013 schedule.

Yet another "Chiefs should win this game!" on the schedule. Last game? The Browns dominated. Maybe this FBI investigation will distract them this season.

Ah, I remember playing the Titans last. It was the Chiefs 2010 division winning season and they beat down the Titans, en route to the playoffs. The last time the Chiefs visited Tennessee was back in 2004. The score to that game: 49-38, a Chiefs win.

I will be looking forward to this game quite a bit but it's not one of the best games on the schedule. You get so pumped up for the start of the season and the NFL schedule makers pit the worst and second worst teams against each other. Ugh. Almost feels like a slap in the face.

The Chargers OWN the Chiefs in San Diego. This is not a good ending to the season for KC. I'm concerned about this game if things get tight down the stretch.