There's a new crop of reports out saying the Chiefs and Dolphins have had extensive trade talks regarding Albert. These reports all came out at roughly the same time from the Sun Sentinel, Miami Herald, CBS Sports and NFL Network, so the source certainly appears to be Miami-based. 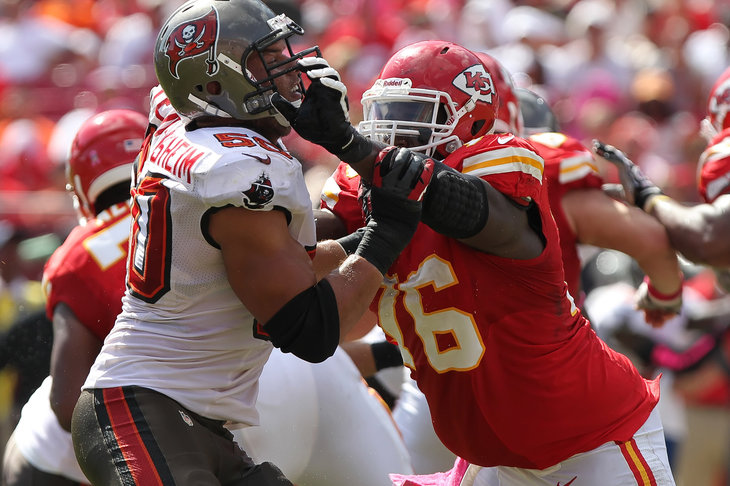 "In the middle of the season, we were negotiating. ...things happened, and I'm in the situation I am now." Interesting that Albert says he was negotiating with the previous regime last season. He seemingly felt a deal was going to happen. But then GM Scott Pioli was fired, and the new regime came in, which he's been caught up in.

Miami has two second round picks -- No. 42 and No. 54. Interesting seeing they have those two picks and then connecting that with the report earlier this week from Peter King that said the Chiefs wanted a "high" second round pick. Is No. 42 high enough? Is No. 54?

If these reports are accurate, we're close, very close. I've thought for weeks now that Albert will be traded -- you don't negotiate in the public and then just decide not to do it -- and this just seems like the next logical step in the trade rumors.

Would Arrowhead Pride readers make this trade? From our poll this week:

The Dolphins lost Jake Long this offseason. Over the last few weeks they've been linked to the top offensive tackles in the draft, with some saying they want to move up for Lane Johnson or Eric Fisher.

"The Dolphins are clearly going to have to address the offensive line at some point, either in a free agency signing, a trade, or the draft," Kevin Nogle of The Phinsider said earlier this month. "What they end up doing is still unclear, but it's definitely a position of need for Miami at this point."

I asked The Phinsider earlier whether the Dolphins would pull the trigger on a trade for Albert that involved a second and fifth round pick.

Trade value chart: The cost of Miami moving up to No. 1

Trading Albert for the No. 42 or No. 54 pick makes a LOT of sense. I can see this going down. There will be negotiations by the Chiefs to try and acquire the higher pick, but are they going to kill a deal based on 12 spots in the draft? I doubt it.

One of the problems with trading Albert is that a team isn't just giving up a draft pick for him, they're also going to have to pay him. He's under the franchise tag and I don't see any teams giving up a second round pick for him without at least some assurance that they can work on a long-term deal with him. To that point, Jason La Canfora reports that the Chiefs have made teams aware of what he's looking for in a long-term deal.

Several weeks ago the Chiefs were said to have wanted a second round pick in 2013 and a pick in 2014 for Albert. It's no longer being reported that the Chiefs want that 2014 pick so it appears the price has dropped, which isn't a good thing for the Chiefs negotiating stance.

Would you trade him for a 2nd round pick?

Q&A with The Phinsider on Miami's interest

Is there an Albert deadline?