There is still no consensus for the top left tackle in the 2013 NFL Draft, let alone the best overall player. Can anyone say for sure what the Kansas City Chiefs will do on draft day?

The 2013 NFL Draft is a little over a week ago and there is firm disagreement among draft experts whether Texas A&M's Luke Joeckel or Central Michigan's Eric Fisher is the better player. Joeckel has been considered the better of the two players my most draftniks throughout most of the draft process, but in the last couple of weeks Fisher has come on strong, with many claiming he has better upside than Joeckel.

Two folks who know what they're talking about -- Jon Gruden and Mike Mayock -- can't agree on which player is better Gruden laid out his case for Joeckel on a conference call with reporters this week:

GMs on the OTs 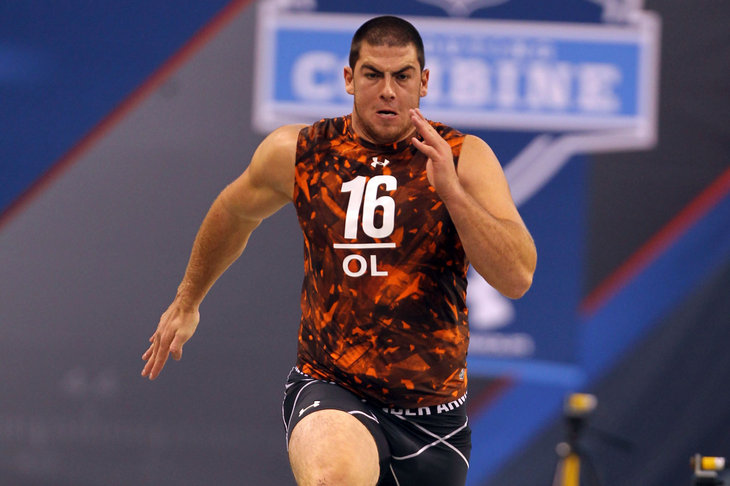 AFC GM on Joeckel: "His angles are so good. Everything is perfect with him. He's technically smooth. He's incredibly instinctive, and sometimes that passes people by."
NFC GM on Fisher: "Because of his athleticism, he has more upside. If you want upside, you take Fisher."

"I don't know what (Chiefs coach) Andy Reid is going to do, certainly," Gruden said. "But you're talking about a left tackle that not only won the Outland Award trophy as a true junior. He played for two different head coaches, two different systems. (He) helped (Ryan) Tannehill become a first rounder, helped Johnny Manziel win the Heisman, did it against the best America has to offer in terms of competition. Reliable, athletic, consistent, Joeckel would be the guy I would take."

Can't argue that. It's the competition level that really has me. I know that the competition doesn't necessarily make Joeckel the better player but the fact that we've seen him do it again the best defensive lines in the country for multiple years makes you feel more comfortable with the pick. And this is all about Reid and GM John Dorsey feeling comfortable with the player they're betting a LOT on.

"This is in no way an indictment of Luke Joeckel who I think will be an all pro three years from now," explained Mayock. "It's more an indication of my belief that there's a little more upside with Eric Fisher. He's longer, he's got better feet and he's a little bit more athletic."

"The only little issue I had with Joeckel is that every tape I put on he got beat across his face 2 or 3 times every game. Against Florida, 3 times giving up a sack, against Alabama twice. Now they're quality opponents, but I just think Eric Fisher gives you the same downside but more upside."

When you're making the No. 1 pick, downside is important, too. You want a player with a high floor, someone who is unlikely to bust. You have to be careful with that though too. Tyson Jackson was selected partially in part because he had a high floor -- the Chiefs didn't think he would bust. It seems to me more emphasis was put on not failing there, rather than finding a superstar. I don't think the situation is the same in 2013 but the mentality should be about finding the best player, not the one least likely to fail.