The 2013 Arrowhead Pride NFL mock draft continues. AP user saskwatch is representing the Indianapolis Colts with the No. 24 overall pick...

How important is the quarterback in the NFL? If the Indianapolis Colts are any indicator, it is very important. After a 2011 season where they looked like one of the worst teams in history, they used their first pick on Andrew Luck, and in 2012 won 11 games and returned to the playoffs with a roster not all that different from the previous year.

The Colts have been very active early in free agency this year, spending some significant money on some questionable guys. The signed tackle Ghosder Cherilus to a $34 million dollar deal. A guy who even when healthy (which isn't very often) is not great. Erik Walden (remember him?) was signed to add LB depth, although with a PFF grade of -25.4, I am not sure he is worth the $4 million a season he got. They signed Greg Toler from Arizona to help in the secondary, and although he isn't a world beater, actually may be an underrated signing. LaRon Landry gets a fat 4 year, $24 million dollar deal. He is a liability in coverage, but in the run game he can be a difference maker. The signed Darius Heyward Bey and Aubrayo Franklin to one year deals, and short term, should both add depth to this team.

Playoff teams generally have fewer pressing needs to fill in the draft than teams picking high, but remember this is a team that picked first in last year's draft. They actually have an interesting roster. They have the QB position locked down and have added a bunch of pieces in the offseason. This team has few glaring weaknesses, but really lacks difference makers at almost every position.

The position of biggest, need in my opinion is a pass rushing OLB to replace Dwight Freeney. They signed Erik Walden to play this spot, but if that is their solution to bringing heat of the edge, the secondary is going to have a long season.

They could also use a great young WR to eventually take over when Reggie Wayne is done. Wayne's career seem revitalized last season with the arrival of Luck, but he probably has only a season or two left at a highly productive level.

The Colts would also benefit from added a high impact runner to take some pressure off of Luck. Ballard surprised me a bit last year, but I am not totally sold on his long term impact, and after several season of watching Donald Brown, I don't know how that guy was drafted as high as he was.

As stated above, other than these positions, the Colts just need some difference makers. They have a roster full of okay players. That puts them in the position to be able to target guys like and not necessarily positions they need to fill.

That brings us to draft day. The Colts look at their board and at their position of biggest need (OLB) the top prospects are pretty much gone. There are a few options available here: Eddie Lace (RB), Robert Woods (WR), Damontre Moore (DE), or Jonathan Cooper (G). In the end however, the decision is easy because there is one player on the board that is graded significantly higher than anyone else left, and quite frankly the Colts are shocked he is available. The position is not a huge need, but this is a classic BPA pick.

With the 24th pick the Indianopolis Colts select... 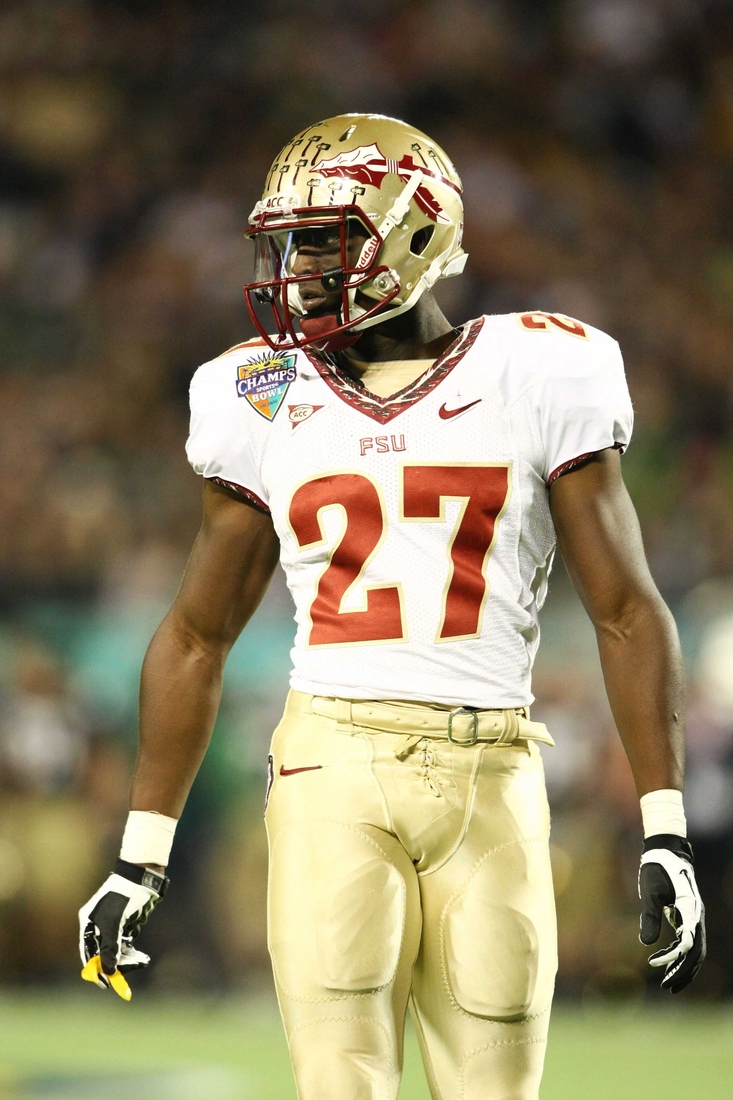 Xavier Rhodes is a big, physical corner (6'2", 210 lbs) that can run (4.43-40) and is explosive (40.5 " vertical). He can excel in a press scheme, and can be very effective at rerouting WR and disrupting timing of routes. He has the size that recently has become a big attraction in the NFL, allowing them to matchup against the tall physical WR's. He can be a little over aggressive at times, but that can be fixed with coaching. That aggressiveness and instincts does allow him to make plays on the ball and create turnovers. He also is a pretty good tackler. The trio of Xavier Rhodes, Vontae Davis and Greg Toler gives the Colts a pretty strong trio at corner. Although cornerback is not a position of pressing need for the Colts, they are extremely happy to get a player rated this high at the 24 spot in the NFL draft.