The 2013 Arrowhead Pride NFL mock draft continues. AP user Everest is representing the Chicago Bears with the No. 20 overall pick...

1985: The Internet Domain Name System is created. First mandatory seat belt law is passed. Madonna's "Like a Virgin" tops the Billboard charts. The cost of a postage stamp rises from 20 to 22 cents. Cherry Coke is introduced. "Back to the Future" hits theaters. The Unabomber claims his first victim. The average price of gas $1.09. The Chicago Bears field one of the greatest teams to ever play the game, eventually winning Super Bowl XX.... and Bears fans haven't stopped talking about it since.

One can hardly blame them the ‘85 Bears truly were one the best units ever assembled, and in the 22 seasons since the franchise has done little to make fans forget. They've had some good runs sprinkled in with 10 playoff appearances in that time, culminating in a 2006 Super Bowl appearance lead by the mighty... Rex Grossman. However, despite success they've never been able to make it over the hump and capture a second Super Bowl championship. On the bright side (if you're a Bears fan) it could always be worse, 1969 is an even longer drought. This cycle of good-but-not-great ultimately led to the firing of head coach Lovie Smith this offseason despite the teams 10-6 overall record.

The Current State of the Bears

New head coach Marc Trestman and general manager Phil Emery enter this draft season with a talented roster already in place. However, like most teams, this roster is not without its holes. In their case two of these holes are rather glaring.

If you've tuned into any Bears over the last 4 years you have likely had the distinct pleasure of watching, former Donkey quarterback, Jay Cutler spend more time on his back than... On second thought I probably shouldn't finish that sentence. In 4 years Cutler has been sacked 148 times, the third-highest total in the NFL over that period. The Bears need line help plain and simple. They've already addressed the tackle position with the free agent acquisition of former Saint's left tackle Jermon Bushrod. The two-time Pro-Bowler appears on the surface to be an upgrade, though he graded out as PFF's 44th rated tackle last season, just two spots ahead of incumbent J'marcus Webb. The Bear's still have a large hole at the guard position.

The second major hole is at the linebacker position. With the departure of longtime fixtures Brian Urlacher (MLB) and Nick Roach (OLB) the Bears are now faced with the difficult task of rebuilding their linebacking corps. They did bring in a pair of free agents in DJ Williams and James Anderson, however, both players are on one year deals and likely just stop-gaps as the team attempts to restock the position group.

The Bears are shocked to see not one but two guards go in the top ten (successfully ruining my fake football draft and causing me to actually have to invest some thought into this pick... so thanks for that). With Warmack and Cooper unavailable the Bears are left with quite a quandary. The best remaining players all play at positions that have relatively good depth through the mid-rounds. Given this context the Bears will likely attempt to trade down and garner more picks. If that fails, Emery has a difficult decision to make.

For me this pick came down to two guys:

Pro: With how the draft has fallen Patterson is likely the best player available. He brings a deadly size-speed combination to the table, and is in my opinion the top overall receiver in this draft class. While less hyped, Patterson draws comparisons to Atlanta's Julio Jones. The Bear's are desperate for a second target to take pressure off of Brandon Marshall and lack any real depth at the receiver position. Marshall and Patterson would potentially give Chicago two highly talented receiving options. As an added bonus Patterson brings experience catching fastballs from a strong-armed, immature, gun-slinging toolbag... I mean Quarterback, that's always a plus when Jay Cutler is your QB.

Con: If you go solely based off BPA Patterson is likely the pick. However, Chicago moved up in the 2nd round just last year to select Alshon Jeffery. Though Jeffery played just 10 games he flashed ability and it's unlikely the Bear's give up on the 2nd year wide receiver this early on. Look for them to add a receiver or two later on.

Pro: Filling the void left by Brian Urlacher is a tall task for anyone, but Chicago would be wise to look at another former-safety-turned-linebacker to accomplish it. The 6'2" 242 pound Ogletree recorded 111 tackles, 11.5 for a loss, 3 sacks, 1 interception, and 6 pass breakups. Those are impressive single season numbers for any linebacker, made all the more impressive by the fact Ogletree racked them up in just 10 games. The playmaking Ogletree was literally all over the field for Georgia. He's a true 3-down player with the ability to play sideline-to-sideline. He's a complete player who plays well in both run support and coverage. Ogletree also offers the versatility to possible move to the outside in the Bears 4-3 defense if needed.

Con: The biggest knock on Ogletree is not his play on the field but his antics off it. Ogletree's issues go all the way back to 2010 when he was charged with misdemeanor theft of a scooter helmet. Teams likely would have been more apt to overlook this youthful indiscretion had Ogletree not been arrested again in February of this year for DUI. Another factor that doesn't help Ogletree's cause is the fact that the MLB position is quite deep this year. While Ogletree is likely the top prospect Arthur Brown, Kevin Minter, and Manti Te'o have all received attention as possible first round picks.

With the 20th Pick in the 2013 Arrowhead Pride Mock Draft the Chicago Bears select ... Alec Ogletree, Linebacker, University of Georgia 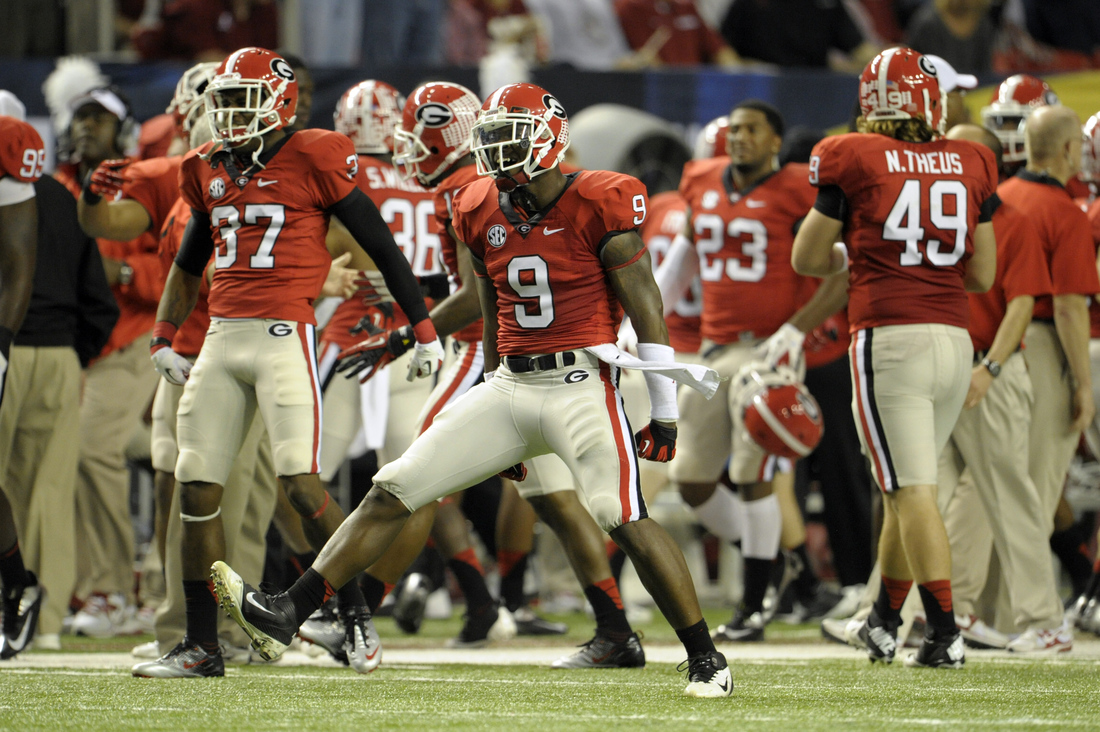