The 2013 Arrowhead Pride NFL mock draft continues. AP user iamthegreatest is representing the Dallas Cowboys with the No. 18 overall pick...

My oh my! The Dallas Cowboys are on the clock and the board has been set for Mr. Jerry Jones. The Dallas Cowboys fell just short of the 2012 playoffs by losing a heartbreaker for Cowboys fans to RGIII and the Washington Redskins. There are so many opinions on the Cowboys but say what you want they are always at least close to the playoffs. Jerry Jones wants to taste a Super Bowl again and the 2013 Draft is where the season begins.

So here we go:

I guarantee this is not the way Cowboys fans want the draft board to fall. However it isn't all bad by any means. The Cowboys have many needs on both sides of the ball. The Cowboys believe that Tony Romo is the long-term answer at quarterback. Whether you like Tony Romo or not, he is THE guy. He needs to be protected but Chance Warmack and Jonathan Cooper flying off the board has put a halt to fixing the interior of the offensive line. One could argue that a player like D.J. Fluker would be a good fit on the right side of the line. With wide receiver being a strength with Dez Bryant and a hopefully healthier Miles Austin; I chose to look at the defensive side of the ball.

Monte Kiffin has come to Dallas installing the 4-3 defense. The Cowboys now move their duo of Anthony Spencer and DeMarcus Ware from OLB to the defensive line. Some question if these two can make the transition. Anthony Spencer signed a one year franchise tag this offseason. Safety is a position of weakness and linebacker must be upgraded as well.

The Cowboys have pieces that transition very nicely to the new defensive scheme however. Sean Lee is a stud in the middle and Bruce Carter will play the outside. Brandon Carr and Morris Claiborne will man the corner positions. The Cowboys need consistent pass rush to help the young corners out in coverage.

With all this being in mind here is the pick....

With the 18th pick in the 2013 NFL Draft the Dallas Cowboys select: 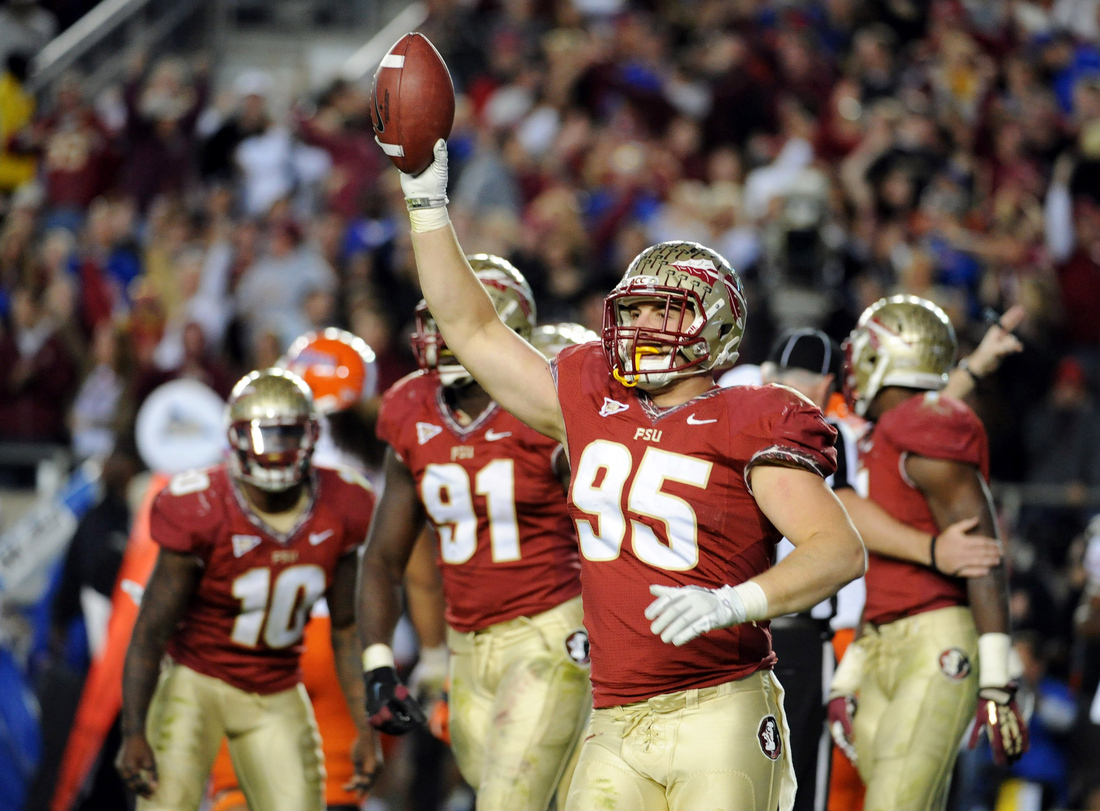 Werner slides for some unknown reason after consistently being pegged as a top 10 pick. Werner is a natural athlete with great punch and strength to be a consistent run- stopper as well as showing a great prowess for getting to the ball and to the quarterback. Werner to me is a top 10 pick that has slid far enough and would be a lock to play alongside Anthony Spencer as the other DE. His explosiveness and his ability to get better every year puts Werner on a team that was so close to making the playoffs until bitter defeat. Werner has increased his sack totals every year in college and will be a great asset to a team that needs explosiveness at every position.