ESPN's Todd McShay released a new 2013 NFL mock draft, which includes multiple scenarios for each team. In the Kansas City Chiefs case, there are three scenarios, which involve Texas A&M's Luke Joeckel, Central Michigan's Eric Fisher and trading out of the No. 1 pick. Check out McShay's options here and read my reaction below.

This appears to be the most likely option at this point. Branden Albert is on a one-year deal and the Chiefs can play it safe and assure themselves that they have a left tackle of the future, regardless of what happens with Albert.

Check out this from ESPN: "Chiefs quarterbacks were sacked or under duress on 35.3 percent of their drop backs against five or more pass-rushers last season, the third-highest rate in the NFL." That's true ... but you're just replacing one spot on the line. And by many accounts, Albert was not a major liability for the Chiefs at left tackle last season. So I don't know how much that stat should affect their decision-making.

As of now, I do not think Branden Albert will be a Chief next year. If the Chiefs trade him, Joeckel or the guy right below this one seem assured of being the No. 1 pick. Even absent a trade, this looks like the most likely pick at this point. 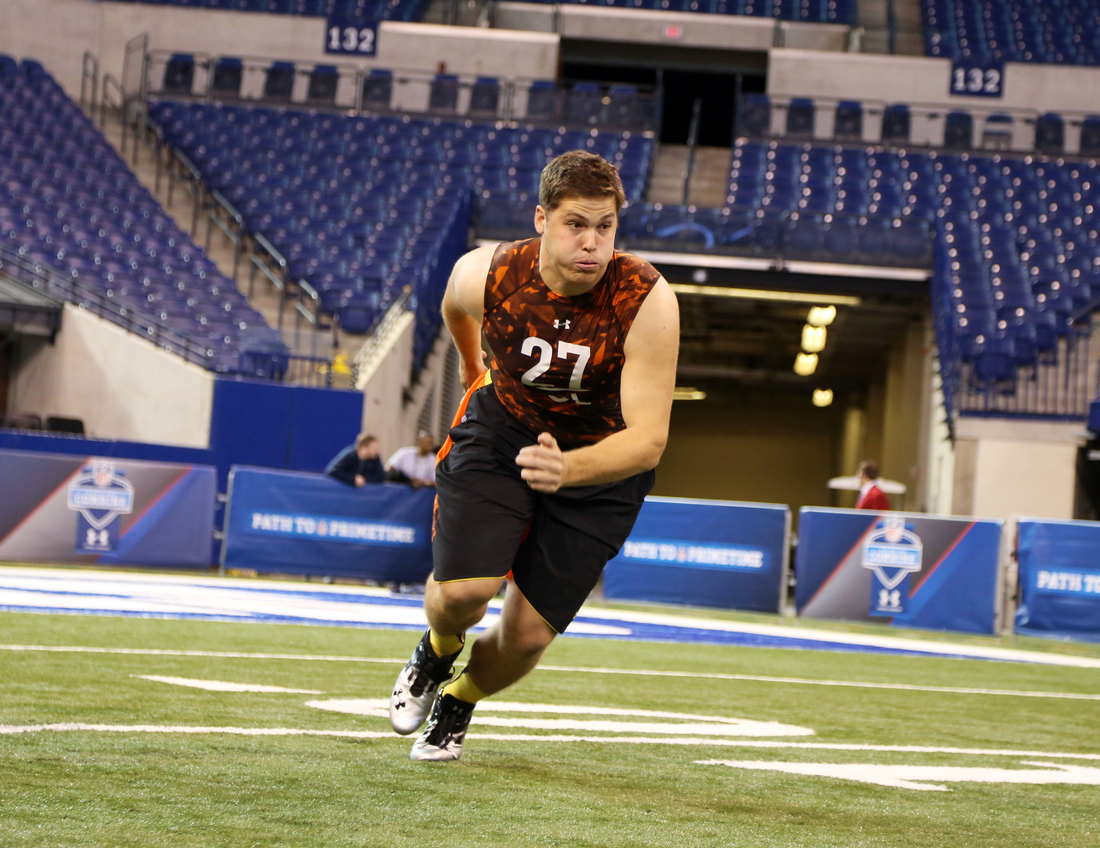 The other left tackle option. NFL Network's Mike Mayock just put Fisher ahead of Joeckel on his offensive tackle rankings.

I would guess the Chiefs have made up their mind on Fisher vs. Joeckel at this point but the debate isn't all that important to me. I mean, it is because it's the No. 1 overall pick ... but if the Chiefs decide Fisher is better than Joeckel, I trust them. The argument for or against a tackle is essentially the same whether it's Fisher or Joeckel. 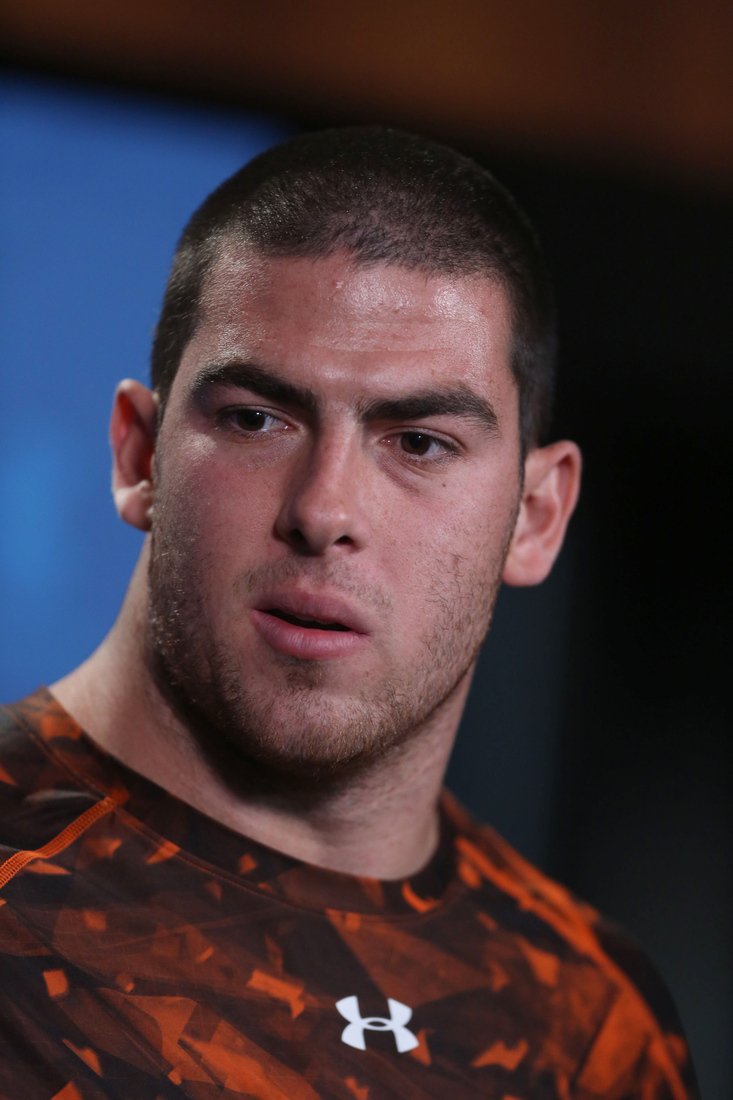 This would be a great situation. The Chiefs could move down, pick up an extra pick or two and still draft a quality left tackle like Lane Johnson or a defensive lineman like Star Lotulelei as McShay suggests. The Chiefs are missing a second round pick due to the Alex Smith trade so they would obviously want to recoup that pick if possible.

Of course .... who wants to trade up to the No. 1 pick? At this point it doesn't look like anyone will. Chiefs GM John Dorsey said a while back that he would make the decision on the Chiefs No. 1 pick four days before the draft which to me reads like a deadline, hoping to spur some trade action on the top pick. 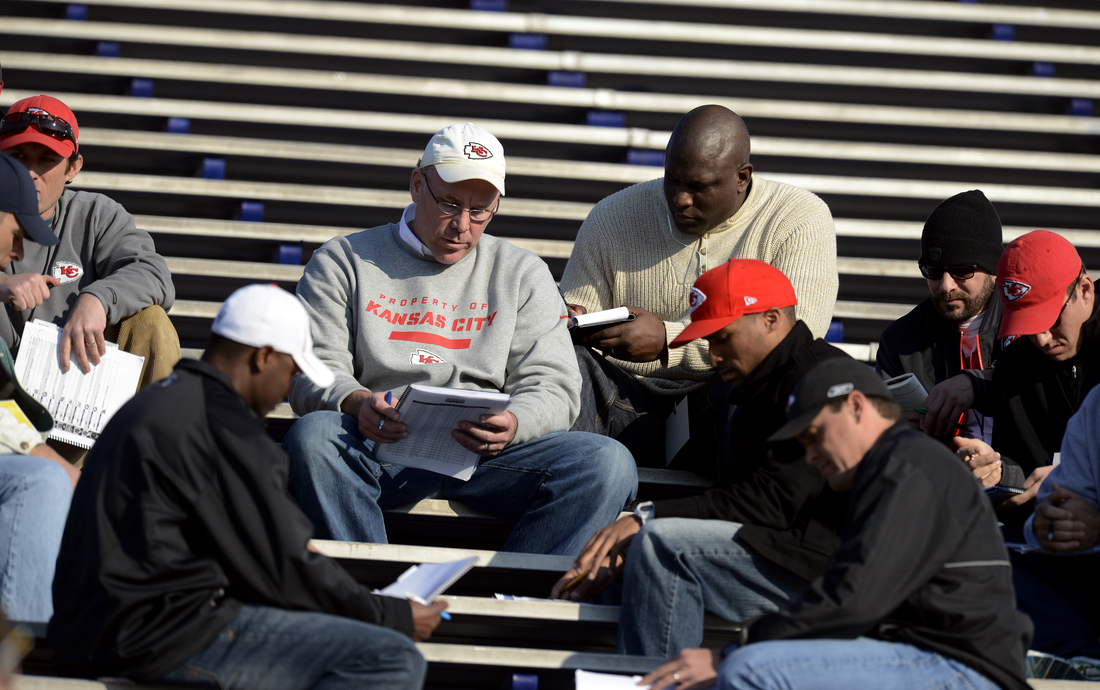 Will KC draft a developmental QB?

Round 1 of the SB Nation mock draft

Who is NOT visiting the Chiefs?