NFL trade rumors have been swirling around Branden Albert and the Kansas City Chiefs for several weeks now and Albert's absence from the start of the Chiefs offseason program won't stop those rumors anytime soon.

The Kansas City Chiefs offseason program started today and while it's "voluntary" most teams get a very large percentage of the players to show up. The Chiefs had just one player missing from Monday's voluntary workouts -- left tackle Branden Albert.

This is certainly filed under "Things that make you go hmm."

Everyone knows that there are trade rumors surrounding Albert. Ever since the Chiefs used the tag on Albert, and knowing Luke Joeckel or Eric Fisher is sitting there with the No. 1 pick, trade rumors have followed Albert. After I saw an ESPN report which spelled out the terms of the type of trade the Chiefs are seeking I wrote that I am more sure than ever that Albert get traded. Those types of reports (usually) don't come out unless there are there's a little fire to the smoke. 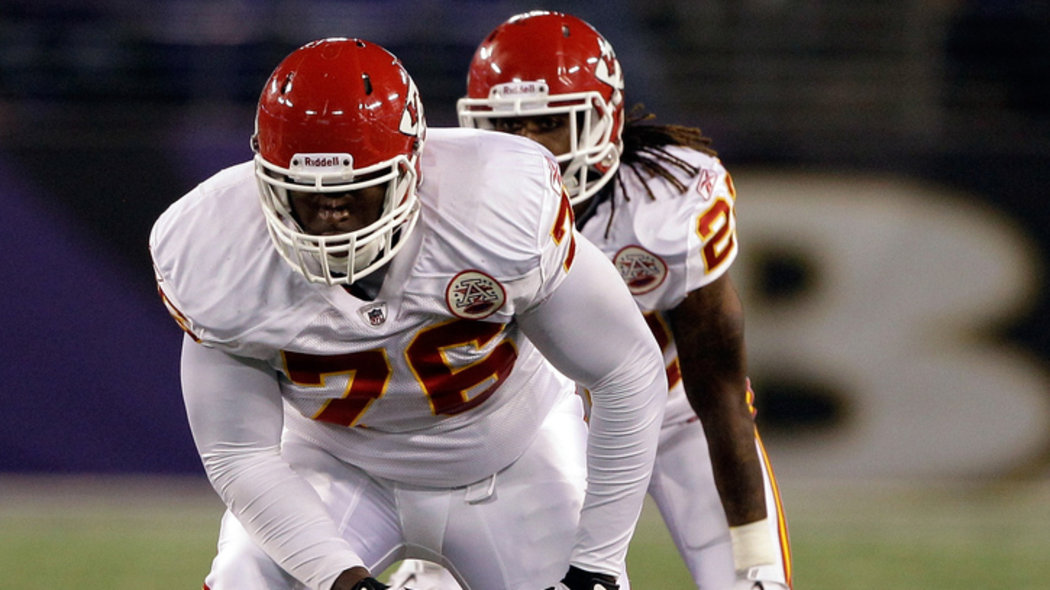 Joel Thorman, March 22: "Folks, an Albert trade is going down. Messages like this don't slip out unless there's some meaning behind them. I don't have any insider knowledge of this deal but, as I said yesterday, we know how this game ends. Albert will be traded, and Chiefs will draft Joeckel. I am even more sure of that after reading the latest from Schefter."

Albert's absence from the start of the offseason program does nothing to make me think he won't be traded. In fact, I think this is an even bigger sign that Albert is gone.

Look at it like this: if the Chiefs believe they are going to trade Albert either way, it's best for both sides that he doesn't attend the offseason workouts. If he's likely to be moved, there's no point in him being around the rest of the soon-to-be-former teammates. Also, should he get injured, Albert would be due his (nearly) $10 million salary since he has already signed his franchise tag (smart move by him). Then he'd be hurt, unable to be traded (or worth nothing), and taking up nearly $10 million of the salary cap. That's a situation both Albert and the Chiefs (and Chiefs fans) want to avoid.

So the best scenario is for Albert to stay away until a trade can be completed.

There's always the possibility that Albert simply had a prior engagement and couldn't make it. Reid did say he knew Albert wouldn't be there, but there weren't any details beyond that.

What also caught my eye is this advertisement for a party last night (Sunday night). I did a double-take when I saw that party advertisement, which is in California, and then heard the news that Albert wasn't in attendance for the offseason program. The natural reaction from a Chiefs fan would be, "He's partying instead of working out?!" Two things: 1.) The offseason program is indeed voluntary and 2.) as we learned with a similar advertisement a few years ago, just because the player is said to be "hosting" a party in an ad doesn't mean he A.) actually knows about it or B.) is actually in attendance.

Also, on Branden Albert -- He has no plans to report for any non-mandatory portions of KC's offseason program.