The Luxury. The Vacancy. The Promise. The Dilemma.

The No. 1 pass rusher in this draft happens to be Dion Jordan. Possibly the next Aldon Smith. Not only can he shed blocks and get to the QB, but man, he can drop into coverage and cover a TE; something that neither Tamba Hali nor Justin Houston can do (see the 2013 Pro Bowl). Now the question is this: "If the Chiefs draft this player, what is to become of Tamba or Houston?" You don't draft a No. 1 overall player to have him sit, especially with this pick. So, this pick becomes a "Luxury", and quite frankly, the Chiefs aren't good enough to make those sorts of moves just yet.

In the 3-4 defense you need BEASTS at the ends. Yes, you could talk about how good Tyson and Dorsey were against the run, but on 3rd and long were they getting to the QB when they knew he needed to throw? Nope.

So, who is the option here? Sharrif Floyd? Sheldon Richardson? Neither of them have the size to really excel at the 3-4 end spot... If either are taken, it's possible that they'd end up as Glenn Dorsey 2.0... Either way, we don't want to kick off the Dorsey / Reid regime with the selection of yet another defensive line player, now do we??

For whatever reason there seems to be this idea floating around that the Chiefs brass promised Alex Smith that they will not draft a QB in the first round. Is it true? I don't know... But if it DID happen that way, I could see why... Alex Smith would more than likely not have agreed to play with this team if he knew he had to look over his shoulder for another Colin Kaepernick (aka Geno Smith). So, let's say the Chiefs will not be drafting a QB with their first overall pick...

The Chiefs have a dilemma. And his name is Branden Albert. He wants to get paid and he will for one year. He wants to play LT and he absolutely will. Will it be for the Chiefs? That's yet to be determined. But until then, with the first pick in the 2013 NFL Draft, the Kansas City Chiefs select.... from Texas A&M, Luke Joeckel. 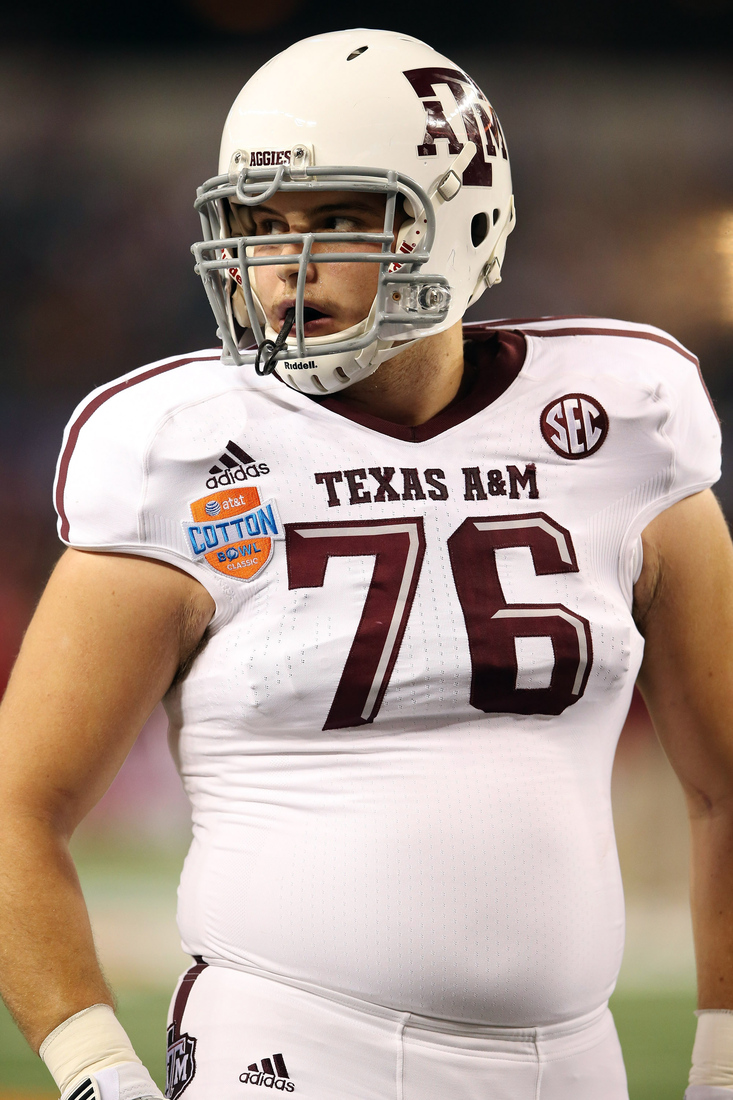 Regardless as to whether I even want this to be the pick, it doesn't matter. Luke Joeckel is the safest and smartest pick to make. The Chiefs have a formidable duo at OLB. The Chiefs will figure out a way to make the Defensive End spots more effective. The Chiefs will sink or swim with Alex Smith for this year at least. And they will draft their true franchise left tackle. Luke Joeckel welcome to KC.