What is starter money? Whatever it is, Dunta Robinson is getting it, according to Pro Football Talk. The Chiefs, after signing Robinson, are said to no longer be interested in Sean Smith.

When evaluating the Dunta Robinson deal, we wrote earlier this morning that it all comes down to the contract he signs. The questions we asked: "So does Robinson get paid like he's going to be manning that spot opposite Flowers? Or does he get paid like someone who's expendable in August?"

It's apparently the former. Robinson is "believed to be getting starter money" from the Chiefs, according to Pro Football Talk, who also reports the Chiefs are no longer interested in Sean Smith, the free agent cornerback for the Miami Dolphins.

All those Sean Smith rumors 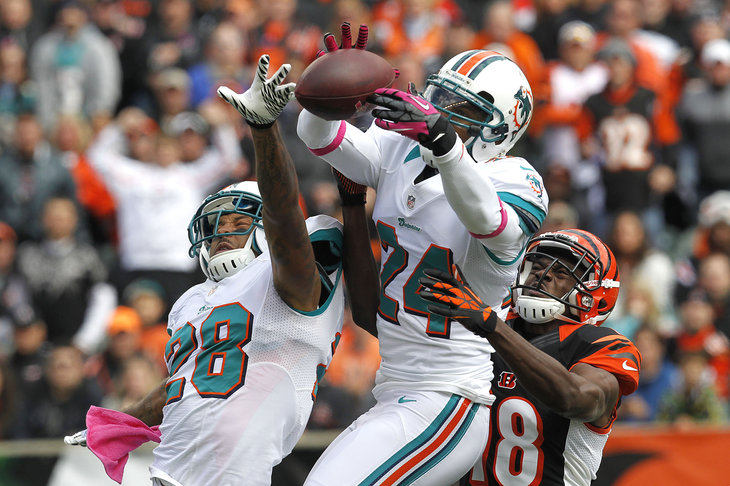 The Denver Post pegs that number at $4-6 million, saying that's what Robinson was initially seeking. Robinson visited the Chiefs on Thursday, the Broncos on Friday and then agreed with the Chiefs on Friday night. So the Chiefs probably had a better offer.

Robinson, for his part, should've wanted to get signed quickly. There are a LOT of good cornerbacks on the market so you don't want to let the first wave of free agency pass you up. He needed to get a deal and avoid being all dressed up with nowhere to go.

This isn't the year to be chasing the top corner on the market. The value this year is in the bloated middle class. There are a lot of quality corners hitting the market, and the more that keep coming, the more the market will soften, which will give the Chiefs the best possible value. (I'm kinda talking myself into believing this.)

Everything we know about Dunta's new deal