On Friday night, the Kansas City Chiefs (unofficially) inked a deal with cornerback Dunta Robinson, who was cut by the Atlanta Falcons last week, three years into a six-year contract. It's reportedly a three-year contract. What's the initial reaction to the deal and where does Robinson fit in Kansas City? Read on for more.

First reaction: I'm not a fan of this move if Robinson is set to be a starter

Gotta admit, my initial reaction is that this would be disappointing if Robinson were slated to be the starter. I was excited when I first saw the news about Robinson. He's a big name, known (at one time, at least) as a quality cornerback. But if he's the "answer" then I'm not very impressed. I can see the question marks through my red glasses.

Robinson is 30 years old. His position is one based largely on speed. Players usually don't get faster on the wrong end of 30. That's the simple reason as to why I wonder about this signing.

...all I kept thinking about was Stanford Routt.

But as I started writing out my thoughts on the signing all I kept thinking about was Stanford Routt. This is very similar to the way I felt about Routt, and he was a complete bust in KC. I loved last year's Chiefs free agent class, too, and it turned out to be a total bust. So I want to remember that in trying to predict future success with Robinson.

Yes, new Chiefs have to pay for the sins of those before them. Sorry but being irrational is part of being a fan.

Then again, Robinson may not be the starting corner 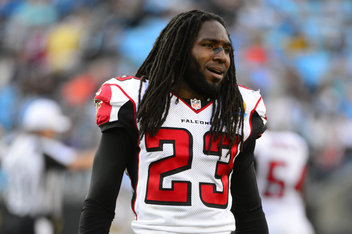 Robinson was once a great cornerback, but during his time in Atlanta, he was mostly noteworthy for his run-stopping and tackling. In coverage he was frequently at best average and at worst a disaster, one of the reasons the Falcons were willing to cut him loose with so much money left on his contract. I think he offers more as a safety at this stage of his career, where he can be a disruptive force against the run and flash those tackling skills. He still has enough burst to help out as a nickel cornerback, as well. -Dave Choate, The Falcoholic

Robinson's three-year contract, depending on the terms of course, suggest he would be a regular contributor in the Chiefs secondary, not someone you would cut midway through the season (OK, maybe Stanford Routt isn't a good comparison).

But if not at cornerback then nickel? Safety? Reserve role? Lots of options here, especially if someone else is signed. The safety and the nickel suggestions have been popping up lately (see The Falcoholic's thoughts up there).

If this deal goes from me thinking that Robinson is the starting corner to Robinson just playing a nickel role while someone like, let's say Sean Smith, is signed makes this deal go from questionable to very good. At least, you know, on paper.

[Update: PFT reports that the Chiefs are no longer interested in Sean Smith]

The Chiefs were said to be interested in Sean Smith, the Miami Dolphins cornerback. He's considered one of the top cornerbacks on the market and is expected to command a deal between $7-7.5 million per year. This from last night:

Even with Dunta Robinson in the fold, the Chiefs have shown an interest in CB Sean Smith early on in the contact period.

I have learned that between three and five teams have expressed interest in Sean Smith since the stroke of midnight.

Was told #Eagles are still in the mix for Sean Smith but obviously they have competition. Probably know more later this weekend.

When I read that all I see is dollar signs. It sure looks like Sean Smith is trying to get paid in a big way. I want the Chiefs to show interest and sign if the deal is right but I'm also concerned about being the guy to overpay for someone.

I wouldn't want to be the one setting the market for a player who is not the very best at his position.

Cornerback, nickel, safety ... all options on the table. This is how the Chiefs secondary depth chart looked at the end of last season:

And now we add Dunta Robinson. 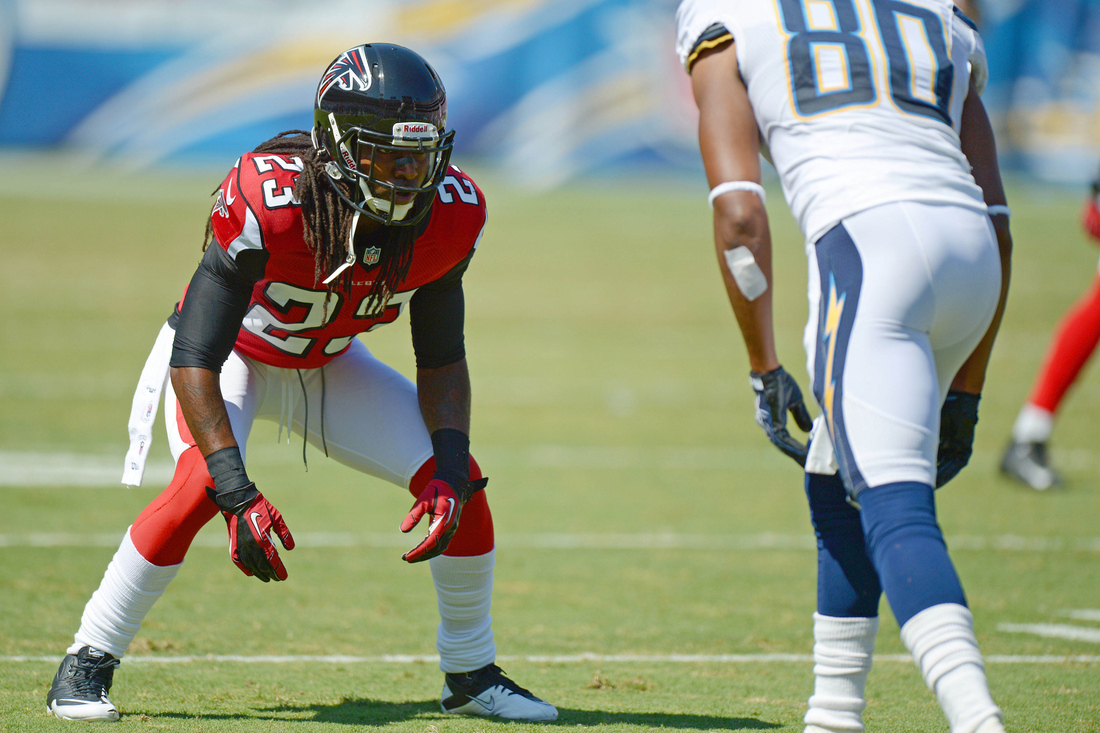 The numbers on Robinson's contract will tell us more

You can't always trust what comes out of the coach or GM's mouth. As John Dorsey alluded to recently, the Chiefs don't want to tip their hand on anything and put themselves at a competitive disadvantage. Because of that reason we have to examine the Chiefs actions more than what they say. As we've said before, what the Chiefs say usually doesn't matter much. It's all about their actions.

So does Robinson get paid like he's going to be manning that spot opposite Flowers? Or does he get paid like someone who's expendable in August?

Will Robinson be paid like a starter? Or someone who's expendable in August?

The market for defensive backs is favoring the teams in a big way right now. There's a ton of defensive back talent on the market. Just on Friday alone, the Panthers cut Chris Gamble, the Cardinals parted ways with Adrian Wilson and Aaron Ross hit the market. This is on top of guys like Aqib Talib and Sean Smith who are expected to hit the market on Tuesday.

Side note: Back when Dwayne Bowe was getting his deal, I said that the longer it takes for the numbers to hit the media, the better the deal is for the team and worse for the media. While that's usually my thinking, we waited a relatively long time for Bowe's numbers and they were actually top notch. So maybe that's not always the case. 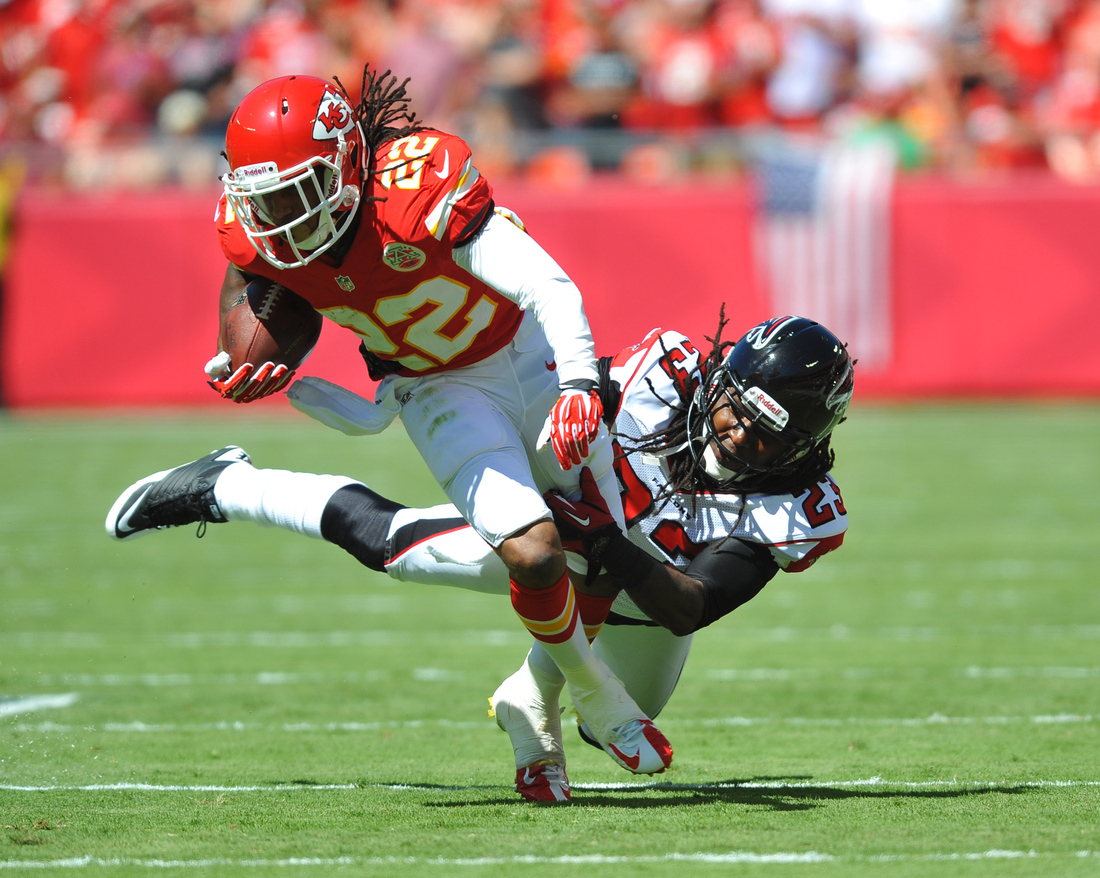 Robinson isn't a star so I'm hesitant to write this but I see this as another sign that the Chiefs are trying to win in 2013. Most two-win teams go through a rebuilding phase. From the Chiefs' trade for Alex Smith to signing Dwayne Bowe and tagging Branden Albert ... I just don't see them making rebuilding-type moves.

Because of that, I think another cornerback signing is coming. A potentially big one.

Everything we know about Dunta's new deal

Dunta Robinson signed by Chiefs: everything we know