And we're off! The Kansas City Chiefs and Dunta Robinson have agreed to terms on a three-year contract, according to ESPN's Adam Schefter. Robinson was cut by Atlanta last week after signing a six-year contract with the Falcons in 2010.

Another day, another significant Kansas City Chiefs personnel move. Free agent cornerback Dunta Robinson and the Chiefs have agreed to terms on a three-year contract, according to ESPN's Adam Schefter. Robinson also visited the Denver Broncos, according to the Denver Post.

Robinson spent three seasons with the Atlanta Falcons, and six years before that with the Houston Texans. Robinson was the Texans 2004 first round pick and spent six seasons in Houston before signing a six-year, $54 million deal with Atlanta in 2010. He's 30 years old.

Cornerback was my No. 1 need for the Chiefs so this is an attempt to address that position. 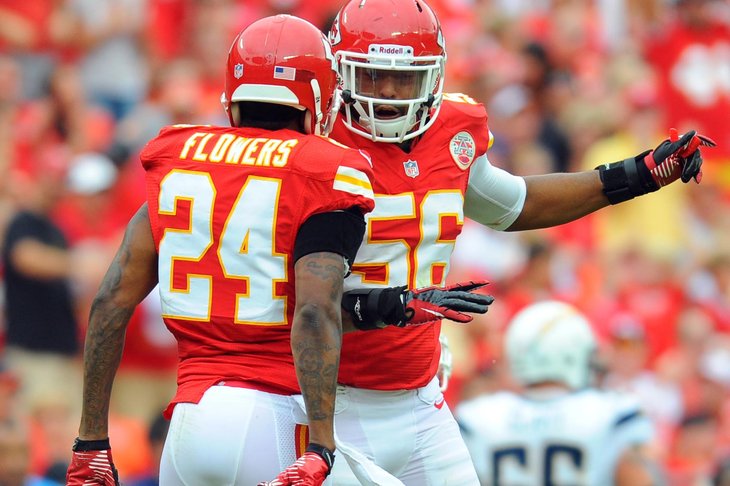 Robinson was just cut by the Falcons, likely partially due to cap reasons and partially due to skill. Our Falcons blog, The Falcoholic, wrote this of Robinson last week when he was cut: "This was another obvious one, really. Dunta is a thumper and a solid enough player, but he's been subpar in coverage and never quite lived up to his deal." Rotoworld wonders if he could be destined for a safety position along with Eric Berry, or a nickel corner. It's also possible he's slated to be a starter.

All will depend on what else the Chiefs do in free agency. They were said to be "sniffing around" the free agent cornerback market and it appears that's accurate. They've been connected to Sean Smith so it's not out of the realm of possibility that the Chiefs add another cornerback. Andy Reid loves a good cornerback. That's also why you can't rule out the top pick going to cornerback Dee Milliner. That seems less likely until the offensive tackle position has some clarity but it's still a possibility. Dunta Robinson wouldn't change that (if that's indeed what the Chiefs are thinking).

More: Chiefs talking to Sean Smith? How much would he cost?

H/T to AP user Totowa, who wrote in a comment on Thursday that Robinson was visiting the Chiefs. We should've listened to you.

A few other reactions...

Dorsey and Reid are almost making too much sense this offseason. It's like they don't even care about who's making too many color copies.

Dunta Robinson is not as good as Brandon Carr but he is much better than Stanford Routt.

I love what the Chiefs are doing. Absolutely love it.

Dunta Robinson signed by Chiefs: everything we know