Eric Winston says he was cut for 'philosophical' reasons, thinks the Chiefs will take an OT in 2013 NFL Draft

The Kansas City Chiefs cut Eric Winston on Wednesday evening and on Thursday the now former Chiefs right tackle spoke with Danny Parkins on 610 Sports. Read on for what Winston said about his release and listen to the entire interview on 610Sports.com.

Share All sharing options for: Eric Winston says he was cut for 'philosophical' reasons, thinks the Chiefs will take an OT in 2013 NFL Draft

Eric Winston is no longer the Kansas City Chiefs right tackle and after hearing him speak with Danny Parkins on 610 Sports I'm still not exactly sure why that is. Winston called it a "philosophical" thing. It wasn't a health thing. It didn't seem to be based completely on his play. Or even his contract. "Philosophical."

Whatever it was, Winston said at this stage in his career you're always looking around to see what happens.

"I knew when they tagged BA (Branden Albert) that obviously that possibility was there," Winston said.

More: Who is affected by Winston's release? Everything we know about the move

That's an interesting statement. Not many people, at least that I saw, made the connection to Eric Winston when Albert was tagged. It was always Albert and Winston or the future of the left tackle. Winston's name wasn't thrown around really at all.

"They decided to go in that direction that they did," Winston continued. "You gotta respect that. I respect them. They could've waited for a while before releasing me but they're doing it now and hopefully land on my feet."

In explaining his release, Winston offered up his prediction on the Chiefs upcoming No. 1 pick.

"...they'll probably end up a taking a tackle."

"They didn't say this so don't quote me, I'm not putting words in their mouth but I'm just assuming with the way the draft is shaping up and then deciding they wanted to hold onto Branden Albert that it looks like they'll probably end up taking a tackle. And you're not going to pay three guys a bunch of money."

That's sure what it looks like right now. But, as this offseason has taught us, that's subject to change. 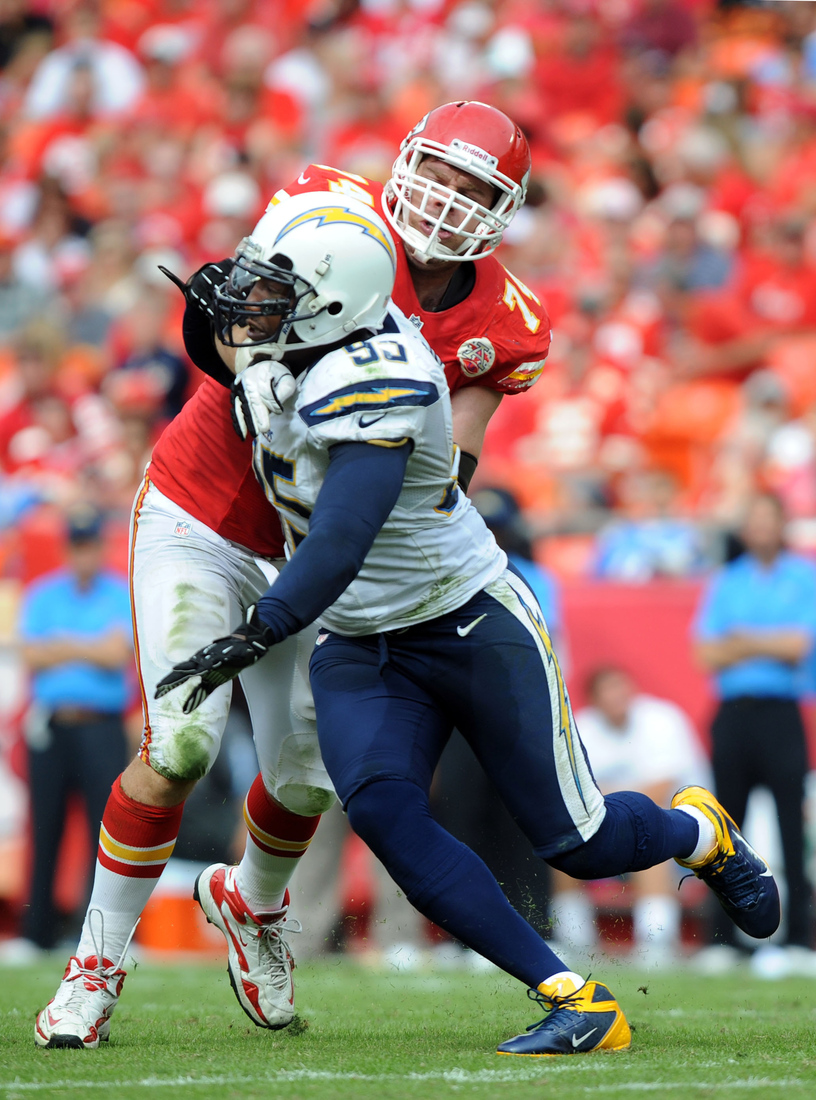 "If the draft was different maybe my situation would be different," Winston said, "or if they decided to let Branden test the free agent market maybe it would've been different in that way. You can never tell with these kinds of things. I think it's more of a philosophical thing, going in a different direction. They probably wanted to get a little younger. I respect it. A lot of teams sometimes aren't up front about it. They were up front. I thought they did it the right way. I have no problems with them."

A few other tidbits from the interview:

-Do you have anything to say to the fans who are upset at you based on the Cassel comments? "Not at all. Listen, like I said before, they paid their money to come out and support us and I think that's great. I wouldn't have a job without them."

"I feel in a way if the old regime were still here I'd be here."

-One report said Winston had "serious" injury issues. That's news to Winston. He said he had an elbow scope after the season, which was minor, but he's already been cleared and is running and lifting. He said he's ready to go.

-"I feel in a way if the old regime were still here I'd be here."

-Winston didn't think him being vocal while in Kansas City contributed to his release.

The aftermath of Winston's release

The 'sickening and disgusting' reactions

Chiefs GM has talked trade with other teams

Eric Winston cut: everything we know