The Kansas City Chiefs made a bunch of news over the past week in (reportedly) trading for Alex Smith, re-signing Dwayne Bowe and Dustin Colquitt and using the franchise tag on Branden Albert. Free agency and the 2013 NFL Draft are on their way. What are the Chiefs remaining needs?

Remember when the Chiefs let Brandon Carr walk and signed Stanford Routt to a deal for pennies on the dollar compared to Carr and how that was a great move? Good times.

Clearly, the Chiefs need another cornerback opposite Brandon Flowers, and preferably a day-one starter. Javier Arenas and Jalil Brown won't cut it over the entire season. Considering some of the cornerbacks Reid had in Philly over the years it's hard to see how the Chiefs would go into next season with their other cornerback spot the way it is. I expect that to get addressed.

How it gets addressed is the question. Free agency is certainly an option. The Chiefs are said to be "sniffing around" the cornerback market. Guys like the Dolphins' Sean Smith or the Eagles' Dominique Rodgers-Cromartie could be options. Here's a list of the best available cornerbacks. Then there's the possibility of trading for Darrelle Revis. And one more option is that top pick in the 2013 NFL Draft where KC could potentially select Alabama's Dee Milliner.

If the Chiefs want a cornerback who can start immediately there are ways to find that player. It just depends on how much you want to pay.

2. The other starting defensive end

The good news is that Tyson Jackson will be back after restructuring his contract. Yes, that is good news. Jackson was drafted high and isn't a superstar but that doesn't mean he sucks. He's a capable player right now and the Chiefs need capable players.

Chiefs DE Tyson Jackson had a prohibitive cap number of $17+ million so he and the Chiefs restructured his contract, which will drastically lower his cap number for the 2013 season. Under his new contract, according to ESPN, Jackson can make up to $5.2 million.

Jackson will fill one defensive end spot. Glenn Dorsey used to fill the other but Dorsey is en route to free agency and there are no signs he will return. So the Chiefs need a starting defensive end.

GM Scott Pioli obviously placed a high priority on this position by using the third overall pick to select Jackson. Are John Dorsey, Andy Reid and DC Bob Sutton the same way? Do they feel strongly enough about that position to put a defensive lineman in play for the No. 1 pick? Or as a target in free agency? History says Reid likes drafting defensive linemen with his first round pick.

Mock draft: Sharrif Floyd to the Chiefs at No. 1?

In-house options include Ropati Pitoitua and Shaun Smith ... but those guys are scheduled to be free agents. Once we find out about the future of those two players, we'll have a better idea of where the Chiefs stand. As of now, we don't know whether KC has been in contact with them about coming back.

The Chiefs visited with free agent Chris Canty at one point this offseason. They're still in play for his services Cullen Jenkins, former Packer signed by Reid in Philly two years ago, is also available.

The list of best available defensive linemen include a couple of former Raiders that look enticing.

How come no one is talking about this? We've spent all of our time focusing on the starting quarterback while you and I know damn well that the backup quarterback will be asked to step in at some point next season.

Matt Cassel and his $7+ million are likely gone. So is Brady Quinn, who is scheduled to be a free agent. That leaves Ricky Stanzi and Alex Tanney as the lone quarterbacks on the roster (besides Alex Smith).

Related: Everything we know about the Alex Smith trade See what John Dorsey said about trading the No. 1 pick

The Chiefs personnel moves to this point make it clear as day that they're trying to win in 2013. This is not a rebuilding project. Because of that, in my (non-)expert opinion, the Chiefs can not afford to have a young, unproven player sitting there as the No. 2. It just can't happen, especially given what we know about the Chiefs and backup quarterbacks over the last few years. We've been scarred for life on backup quarterbacks. (And kickers. All because The Kicker Who Shall Not Be Named couldn't make a dang field goal 17 years ago!! 1995 was our year!!)

I can easily see more quarterback talent being brought in. Maybe someone from Reid's past who can serve as a backup to Smith. Or maybe a young guy who can develop under Smith. The Ron Wolf model of running a team suggests to us that the Chiefs will draft a quarterback this year. Maybe that's the guy. Whoever it is, the Chiefs need to identify that guy because there will undoubtedly come a time when that person becomes the most important player on the team.

Brady Quinn is rated the No. 3 available quarterback. So that kinda puts the quarterback market in perspective for you. 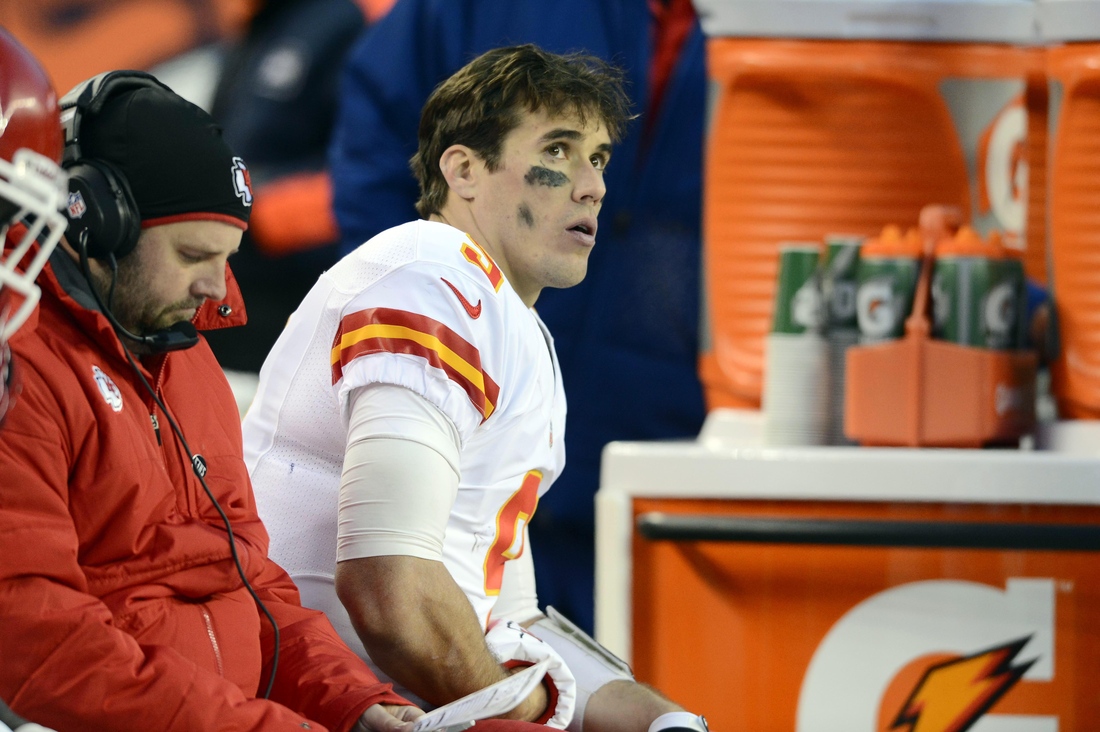 I rank this position high but I don't know if I expect the Chiefs to treat it like it's the fourth biggest need.

After Dwayne Bowe, the Chiefs receiver depth chart is full of question marks. Jon Baldwin is still an unknown and hasn't developed the way many folks thought he would. Then again, he's also had bad quarterbacks throwing to him, which is important to know. Maybe that changes this year (if Alex Smith starts passing to receivers on the outside).

I do think this position will be addressed in some fashion but the Chiefs are in a tough spot with how much they want to invest. I say that because I think they will want to give Baldwin a chance to be that No. 2 guy. Or at least they should. Baldwin has proven nothing in the NFL so from that perspective you want a safer option. But he's also young enough that the Chiefs don't just want to give up on him.

So you put him out there and gamble, you hope he works out. I'm at a loss for any other way to address this position. 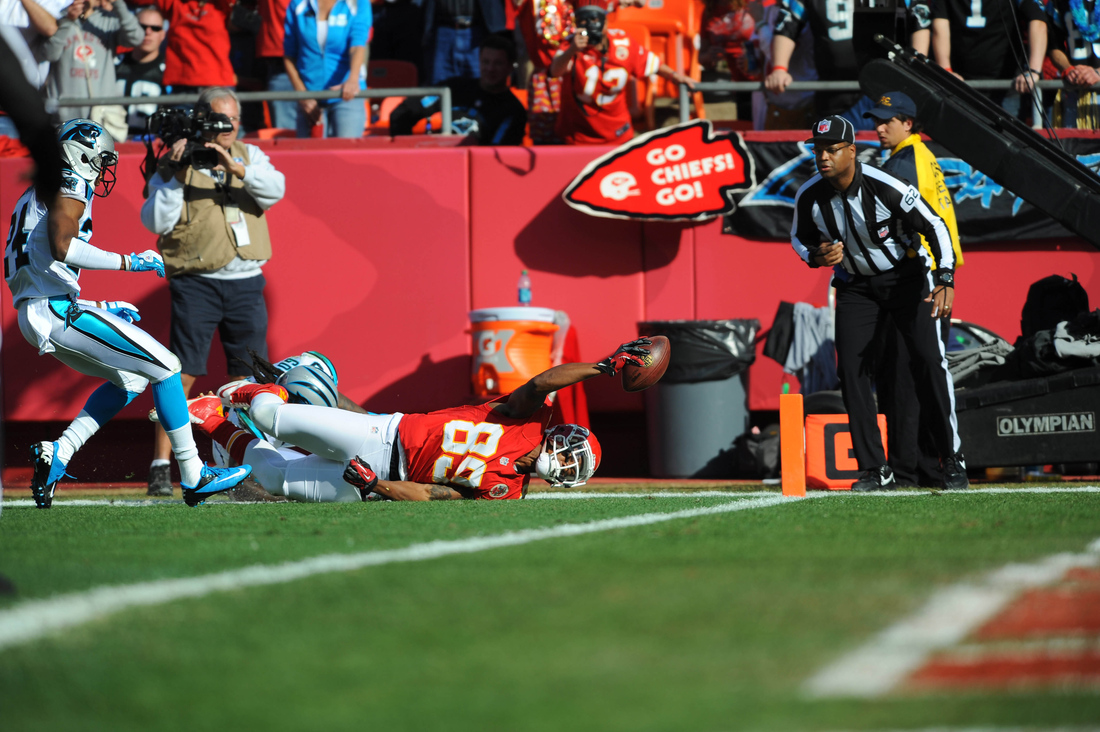 5. That inside linebacker spot next to DJ

Defensive guru KaloPhoenix writes this of that position: "My main desire is for a linebacker who can adequately stuff the run on early downs, yet can offer coverage ability. In short, I've been asking for an every-down linebacker."

Kalo wants Dannell Ellerbe from the Ravens, and he wrote all about why this makes the most sense. On the football side of things, I completely agree. Ellerbe would make the Chiefs better.

More from KaloPhoenix: Bob Sutton, a jack of all trades

But you also have to weigh any signings against the rest of the team. Should I spend $25 million on this linebacker? Or a few million in these three other positions? Can I find a starter at that position later in the draft? Or do I have to look at free agency? Lots of things affect how the Chiefs look at these things.

What we know right now is that that position will need someone new. Brandon Siler is a free agent and is mostly a special teamer. At this point, the Chiefs just need a body there.

6. Free safety or strong safety ... or just a safety

Free safety? Strong safety? Doesn't really matter so much these days. Eric Berry is the traditional strong safety but last year you could basically call him a linebacker because that's how he played. He spent a good chunk of his time up on the line versus lining up out in coverage. The best part about Berry is that he's capable of doing both -- playing the run and the pass.

The Chiefs need to find another safety like Berry. Kendrick Lewis's injury history concerns me. You need to equip yourself with another option.

William Moore, former Mizzou safety and currently playing for the Falcons, is a name that comes to mind. He may be too rich for the Chiefs' blood but he's someone I wouldn't mind seeing back there.

The key for the Chiefs in 2013 is beating out Peyton Manning and the Broncos in the AFC West. You have to construct your team with that in mind. 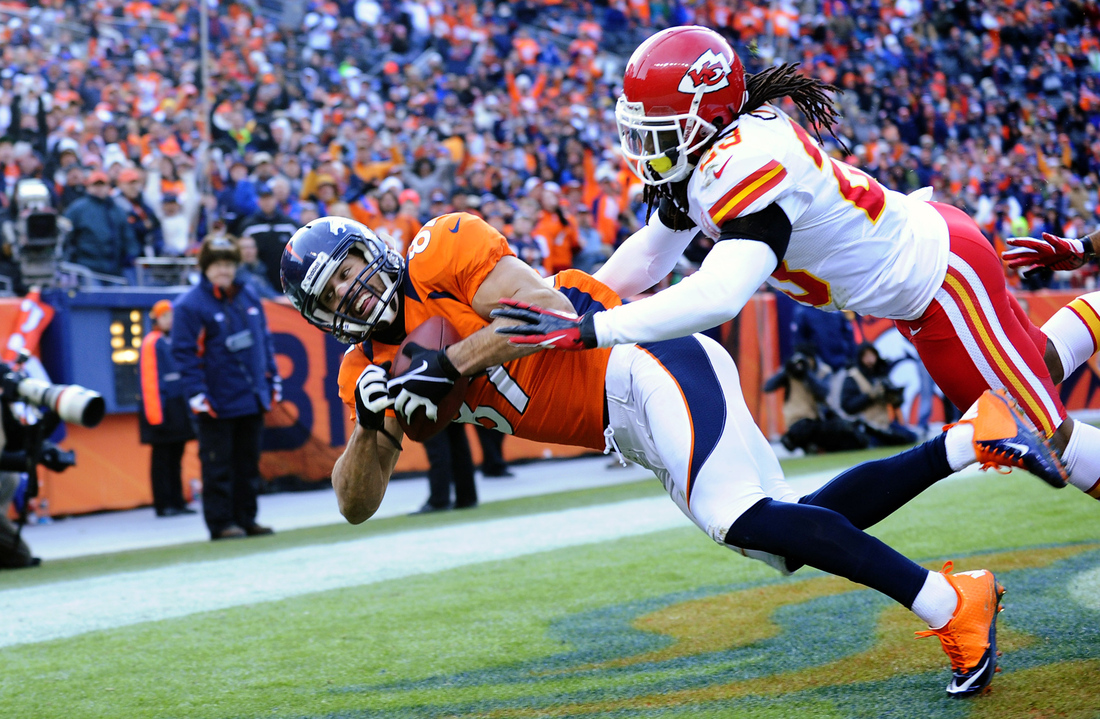 The No. 2 running back is a similar issue as backup quarterback. It may not look like a huge need but it has the potential to be one. Jamaal Charles is the focus of the Chiefs running game. In general, I don't want to do things that takes the ball out of his hands because he's the best player on the team.

That said ... you do need to have some insurance behind him. Someone who can step in to give Jamaal a breather, or someone that can possibly carry the load if, worst case scenario, Charles goes down again. Peyton Hillis obviously wasn't that guy last year. Is Shaun Draughn? Cyrus Gray?

If the Chiefs lose Charles, they're probably screwed anyway.

This need isn't as big with Andy Reid running the show. Past history says he doesn't place as much of an emphasis on running the ball as he does passing the ball. But good coaches adapt to the talent on the team and the Chiefs' top talent is Charles and the run game.

In the end, though, if the Chiefs lose Charles, they're probably screwed anyway.

Not only does past history say tight ends will be important in Reid's offense, but past history also tells us that Alex Smith is going to be doing a lot of throwing to tight ends. Reid's offense, historically, has featured the tight ends, and he's had some good ones over the years. Smith made a living off of Vernon Davis in San Francisco. Tight end is important for the Chiefs.

Right now, I like taking the risk on Tony Moeaki as the guy. We know he's talented enough to handle that spot. The only question, of course, is the injury history. There better be someone behind him. There's nothing wrong with relying on a guy with a history of injury. But there is something wrong when you know that and don't have a plan B ready.

Poll: Should the Chiefs trade for Revis?

Bob Sutton is a jack of all trades