If you haven't seen any Chiefs news since about 3:30 p.m. on Monday then this story is for you. For the rest of you, this is a recap of Red Monday, where the Chiefs re-signed Dwayne Bowe and Dustin Colquitt to five-year contracts and used the franchise tag on Branden Albert, along with a few day-after thoughts on all the moves.

D-Bowe gets five more years; Good deal for the Chiefs?

What I'm thinking the day after: The Chiefs have confirmed that Dwayne Bowe signed a new deal but did not offer any specifics, such as the length of the contract. Per reports, it's a five-year deal. We're into the next day and there are still no specifics of the money involved, which is a good sign for the Chiefs.

Think about it. Anytime there's a blockbuster contract, the terms of the deal get leaked by someone, usually an agent who is trying to brag about the deal he just got his client. But that hasn't happened here. Why? The longer we go without seeing actual numbers, the more I think the Chiefs got a good deal.

(Yes, I know there are rumored numbers out there. But I'm talking about a real report from a real reporter on the money involved.)

Maybe I'm wrong. Maybe this is the $10+ million per year deal Bowe had been waiting on. But I just can't figure out why the terms of the contract aren't out yet. And when I begin to speculate why, it ends in good news for the Chiefs.

Chiefs GM: D-Bowe's deal was a priority Look at D-Bowe react Everything we know about the contract

John Dorsey: "When we first arrived, one of the first items on our agenda was signing Dwayne. He's been a key player on our offense and is one of the premier players at his position. We are pleased that Dwayne will be a member of this team for years to come."

Andy Reid: "We're excited to have Dwayne on the roster for the long term. Dwayne's a big, physical receiver who has had success in this league. He is part of the Chiefs family, and it was important to him to remain in Kansas City. I'm looking forward to working with Dwayne."

Dwayne Bowe: "I'm very blessed to be a member of the Kansas City Chiefs. The Hunt family and the fan base have been very supportive over the years, and I am looking forward to working with John and Coach Reid in the near future. I'm excited to continue my career with the Chiefs and hopefully help this team reach our goals."

Some guy this John Dorsey is. Would have put Bowe resigning long term < 10% before His arrival. + Albert, QB & flexibility @ No.1 #chiefs

Column: "There are no perfect players, and the #Chiefs are much better with Bowe’s quirks than without his talents." kansascity.com/2013/03/04/410…

Chiefs WR Dwayne Bowe has 40 drops since 2008, most among all players over that span. 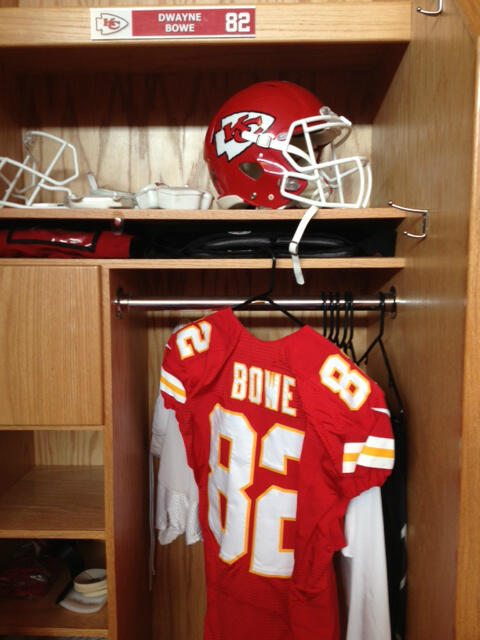 Chiefs retain Albert ... for at least one year

What I'm thinking the day after: Two big points, which are Branden Albert's chances of a long-term deal and how this affects the No. 1 pick.

First, Albert's contract. He's being paid $9.8 million this year and 120 percent of that if he's franchised again next year. So, if I'm negotiating this deal, the first two years of the deal are basically done -- $21-ish million. From there it's figuring out the back-end of the deal. And, oh yeah, every single other detail.

This could drastically affect the top pick.

Second, this move could drastically affect the top pick. The easy pick for the Chiefs in mock drafts has been Luke Joeckel, and that pick was easily defensible. Now? No one has a read on what the Chiefs will do. I can't remember the last time we had a No. 1 pick with so much mystery around it. Things will clear up in the weeks and months to come but this is a fun time to be following the Chiefs and the Draft.

More: Albert and the Chiefs weren't close to a new deal They will continue to negotiate Everything we know about the tag

John Dorsey: "Today was the league's deadline to designate a franchise player and we felt it was in the best interest of the Kansas City Chiefs to place the tag on Branden. We will continue to negotiate with Branden and his agent to reach a deal that is mutually beneficial. We are looking forward to working with Branden in the near future."

Andy Reid was not quoted in the release about Albert.

Not upset at all.....just going to keep grinding to be the best!!! #Chiefs

So glad @balbert76 staying another year.. I get at least another year to learn from him.. #GoChiefs #Willin&Dealin

I wouldn't say that. Trade down/move Albert inside/pull tag all possibilities. RT @mvdmerlen: Chiefs out of the market for an OT now?

The draft isn't just for next year. KC is only attached to Albert for one season. What if back issues persist? Can't rule out OL already.

Just stop the Albert to guard talk. He is a tackle and has already proven himself.#Chiefs 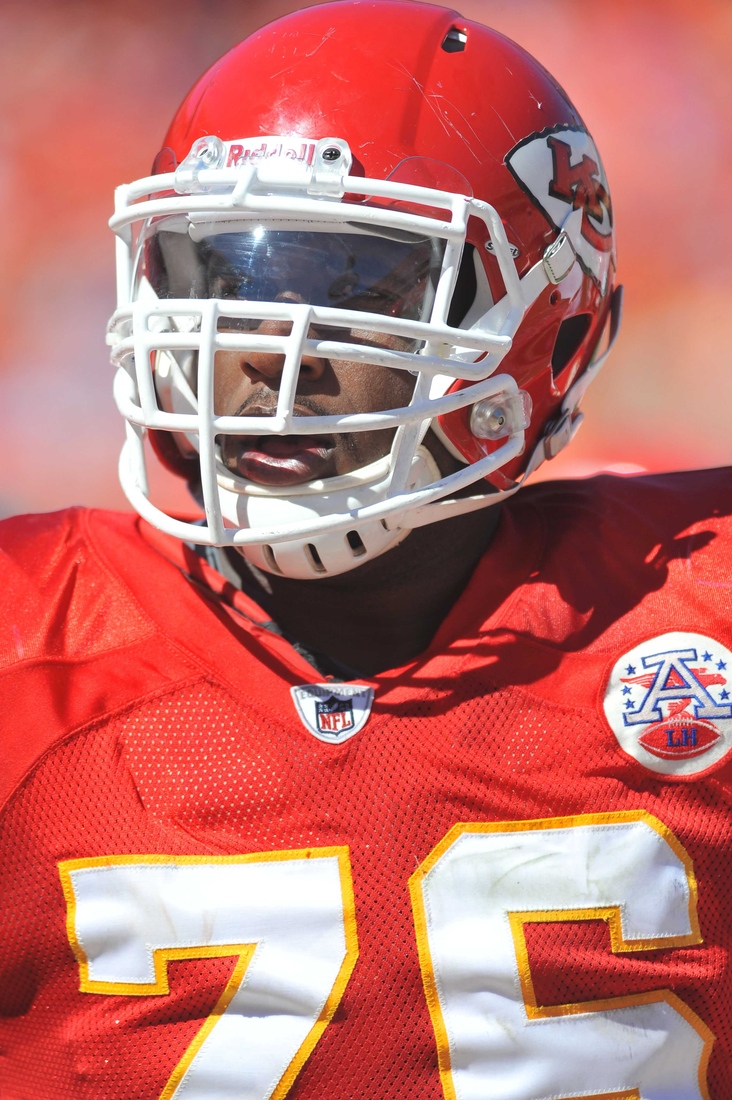 What I'm thinking the day after: I want to see the terms of the deal before truly judging it. But here's what concerns me: the Chiefs kicker and punter have $30 million in contracts. Is that a smart move? Makes me wonder about the future of Ryan Succop because spending that much on your kicker and punter just seems ... well, it seems like a lot. Succop signed a six-year deal at the end of the 2011 season.

Chiefs GM: Colquitt is an 'elite punter in this league'

John Dorsey: "We are excited that we were able to come to a long-term agreement with Dustin and keep him in Kansas City. Dustin is an elite punter in this league, he's done a great job for this franchise the past eight seasons, and we are looking forward to working with him."

Andy Reid: "John and I knew right away that we'd like to keep Dustin in a Chiefs uniform. He's worked hard at his craft and has become one of the best punters in the NFL. He's got a strong leg and the ability to pin opponents deep in their own territory. We are happy we were able to come to an agreement."

Dustin Colquitt is now highest-paid punter in NFL. He reached agreement with Chiefs on a 5-yr, $18.75 million deal, including $8.9 mil gtd.

Congrats to Dustin Colquitt. Nice to know Chiefs organization now rewards best at their position and not just their buddies. #PioliCassel

FYI:the ineptitude of the Chiefs offense the last few years actually made Dustin Colquitt criminally underrated - he is ELITE at his craft 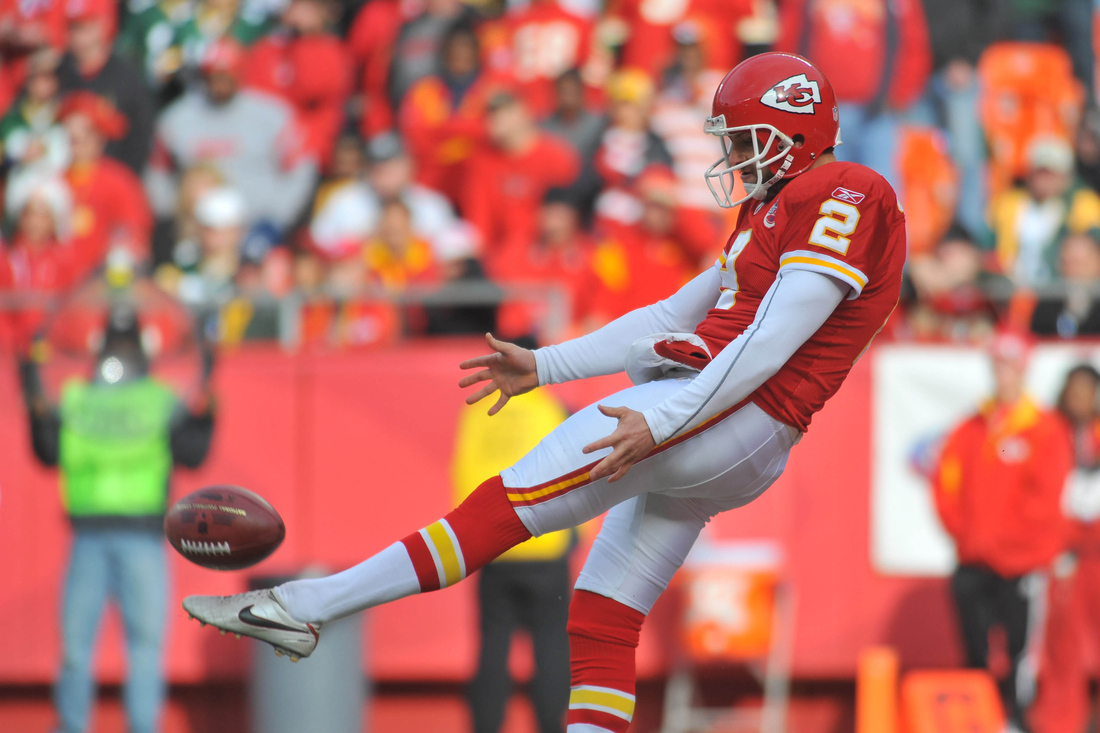 This totally changes the No. 1 pick

John Dorsey: Bowe's deal was 'one of the first items on our agenda'