Alex Smith is an extension of his coach, Andy Reid

Nick Jacobs is a producer at Time Warner Cable Metro Sports in Kansas City. You can read more from Nick on his Twitter handle: @Jacobs71.

Share All sharing options for: Alex Smith is an extension of his coach, Andy Reid

It was a decision that changed a honeymoon into a nightmare, for some Kansas City Chiefs fans, in only a span of eight weeks. Alex Smith is the new franchise quarterback. The decision will continue to be debated for years to come. What most are missing is the reason why this move was made.

More: The truth about Alex Smith, a 49ers fan's perspective

Over a month ago, TWC Metro Sports interviewed Andy Reid. Senior anchor Dave Stewart was able to find out what Reid liked in a quarterback. In that interview, one sentence has stuck in my head since, "The quarterback is an extension of whoever that offensive, head coach is, the quarterback is that", said Reid.

When you look at the history of Reid and Smith, the statement makes complete sense. Reid was a prominent figure in Philadelphia. An unknown from Green Bay that led a franchise to nine playoff appearances, five NFC Championship games and one Super Bowl appearance. Reid was cast aside after two down seasons.

Alex Smith the first overall pick of the 2005 NFL Draft. He led his team to their first playoff victory in eight seasons. He was having one of the best seasons of his career in 2012. He was knocked out due to a concussion in Week 10 and then cast aside for a different direction.

Both men were the faces of their franchise and neither could live up to the expectations. 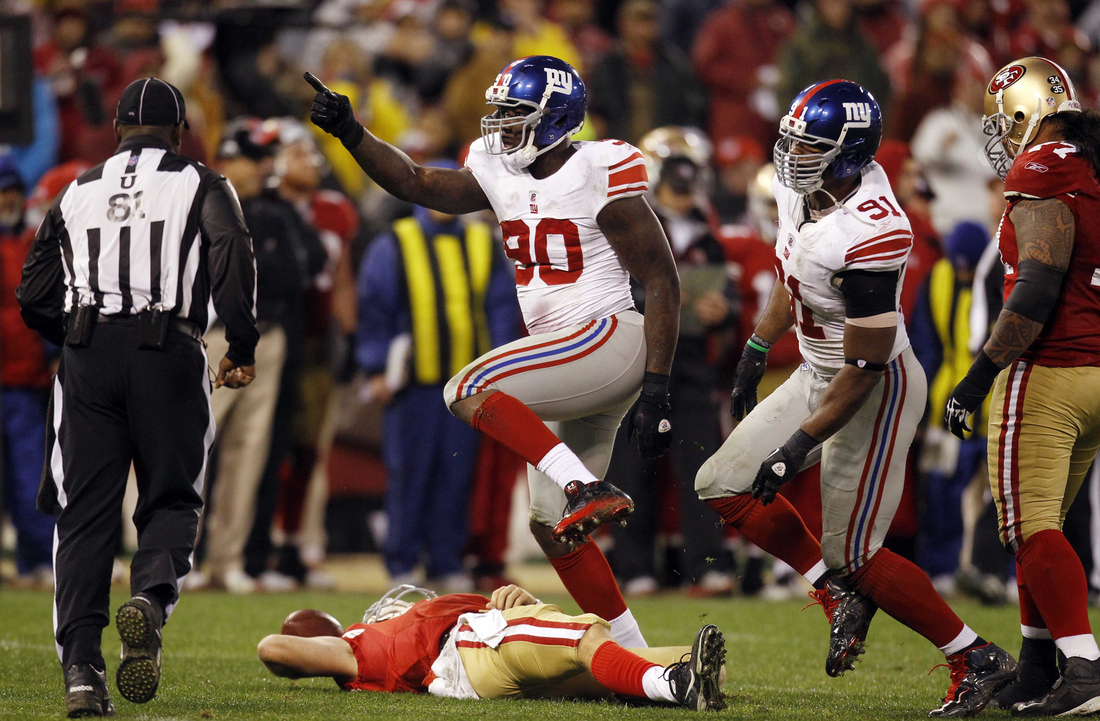 Now in 2013, both are getting a fresh start in Kansas City. Some in town already question the Reid and Smith marriage, before they've even stepped on the field. Again, I go back to the quote, "The quarterback is an extension of whoever that offensive, head coach is, the quarterback is that", said Reid. What does Alex Smith represent? Reid and Smith are two men with chips on their shoulder. Their abilities in the NFL are being questioned and even doubted. Competitors thrive on disbelievers.

Alex Smith represents to me where Andy Reid is at in his career. They are both motivated by the same goal: to prove every single doubter wrong. Reid and Smith were the faces of their franchise and neither obtained a Super Bowl victory. But both men experienced the defeat of a Super Bowl. If the quarterback is a representation of the coach, what better message can Reid send to his football team? Their new leaders are fighting uphill against the doubters. That alone can rally a football team.

They are both motivated by the same goal: to prove every single doubter wrong.

It is interesting when you look at Reid's franchise quarterback decisions.

His second choice Michael Vick. Vick had a lot of negative stigma following him. He was a man who had done wrong and was looking for a second chance. Reid saw first hand with his sons how important a second chance could be. Through the experience with his sons, he knew what Vick was going through. At that stage in his career Vick represented where Reid was in his life.

That leads us to Reid's third choice Alex Smith. Reid provides Smith something no other coach in the league can: a reflection in the mirror. They were in two separate franchises, two different situations and yet have eerily similar experiences in the NFL. The common experiences they share, no rookie in this draft has experienced at the NFL level yet. Both men have been through the NFL growing pains.

Now they begin a fresh start together in Kansas City.