Geno Smith is coming to Kansas City. For a visit. The KC Chiefs continue working their way through the top prospects in the 2013 NFL Draft and Smith, the former West Virginia quarterback, is among those who will be visiting the Chiefs, according to a report.

West Virginia quarterback Geno Smith -- heard of him? -- is visiting the Kansas City Chiefs, NFL Network's Ian Rapoport reports. The Chiefs have been on the road for the last week visiting with various top prospects but now they'll head home as Smith (and Alabama's Dee Milliner) will visit the Chiefs facility.

Chiefs scouts are deep in the process of evaluating Smith, and the word is they are fascinated by him. One scout compared the way he moves to a young Donovan McNabb, raving about how he's thrown the ball in his workouts. Though they did trade for 49ers quarterback Alex Smith, the team wouldn't think twice about having Geno Smith on the bench behind Alex Smith for a short amount of time if he were determined to be the top overall player.

Listen, folks. If this were a young Donovan McNabb, the coach who won 92 games with the real McNabb wouldn't hesitate to take him. Notice the report says "the word is" the Chiefs scouts like him. First, that's not even definitive. Second, Chiefs scouts aren't decision-makers. Third, it's the end of March. Where were they in December and January?

My hunch tells me that last line in the report above is complete BS. Just not true. Everything -- EVERYTHING -- has pointed to Alex Smith as the quarterback of the future. What sources or Chiefs scouts say doesn't matter. All that matters is what the Chiefs do. And what they've done is give up two draft picks for Alex Smith. Remember that press conference where John Dorsey said they're confident Smith would be in KC for years to come? Was he just making that up? Was that not true? I have a hard time believing he made that trade and doesn't believe Smith is here for the long-term.

What sources or Chiefs scouts say doesn't matter. All that matters is what the Chiefs do. And what they've done is give up two draft picks for Alex Smith.

I also don't believe Andy Reid gets his reputation as a good guy by bending the truth with his players. I think he's honest with them. And I believe he told Alex Smith that he is their quarterback of the future. Just look at what Alex said when asked why KC: "The opportunity to work with coach Reid, from all the quarterbacks I've talked to that have played for him, have only had good things to say..." They only have good things to say because Reid's not duping anyone.

Smith's contract is very easy to get out of (as almost all NFL contracts are) but just think about this logically: Are the Chiefs going to give up two second round picks and then turn around and cut Smith in a year or two years? No, they are not. Two weeks ago we were talking about a contract extension for Alex Smith. Now he's gonna be replaced in a year or two? C'mon.

Why not Geno? Because they committed to Alex

This information is obviously being leaked by someone. To find the answer you have to ask: Who benefits from this news? The Chiefs do, that's who. NFL Draft rumors have now connected Geno Smith to the Eagles (4), Raiders (3), Jaguars (2) and now the Chiefs at No. 1. The Chiefs are singing it from the rooftops now: THE NO. 1 PICK IS FOR SALE. IF YOU WANT GENO SMITH, YOU BETTER COME TO NO. 1 TO GET HIM.

The Chiefs have had a clear plan since the new regime arrived in town. They've acted decisively. They targeted players and they got them. They made tough decisions they knew the fans would hate (Eric Winston, maybe Branden Albert coming soon). Because of the crystal clear plan the Chiefs have shown us at quarterback, I don't believe there's any reasonable scenario where Geno Smith is a Chief. But the Chiefs want the rest of the NFL to think there is.

Is this the worst smokescreen in draft history? Honestly, it might be. I get why the Chiefs would visit with Geno -- not uncommon to do that with the top quarterback -- but the extra part about the scouts and drafting him even with Alex Smith just seems silly now that we've seen how this offseason has played out.

Don't count on seeing the real version of the photoshop below anytime soon. 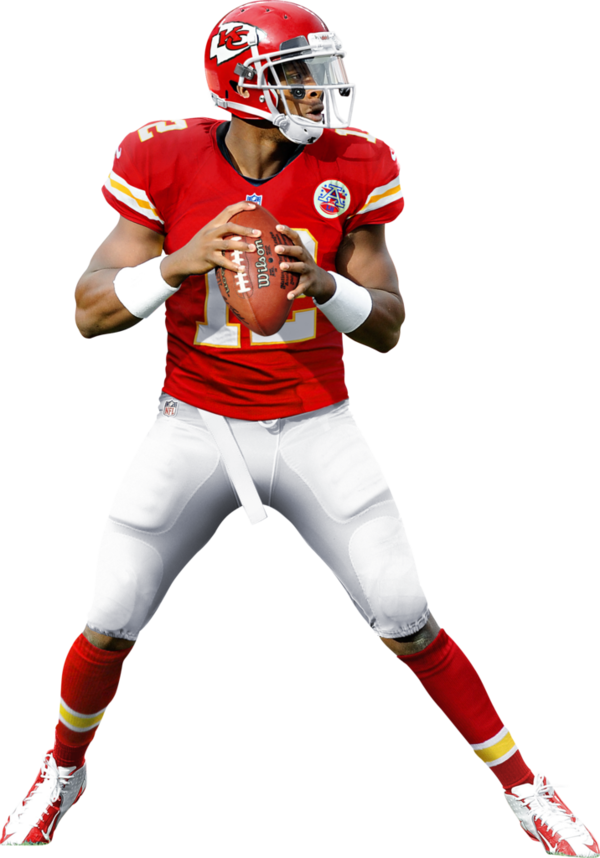 Who is the best Chief no one has heard of?

KC will meet with Jarvis Jones