Leave Tamba Hali out of this

Letting go of the two-time pro bowler would be a massive error in judgment.

Share All sharing options for: Leave Tamba Hali out of this

In recent times, there have been many Kansas City Chiefs fans saying the team should jettison Tamba Hali to open up cap space and a position to draft for.

This is based off of his down year in 2012, where he only registered nine sacks, his lowest total since 2009 when he had 8.5. Yet, he still had 31 quarterback pressures in 15 games, meaning he affected 40 throws plus however many times he was held and earned a penalty.

Trading or releasing Hali would be absolutely insane.

Letting Hali walk would be a disaster and a death blow to the Chiefs' hopes this season. Restructure his contract and make the cap hit lower, but don't let him go. Measure it this way: If Kansas City cut Hali, how many teams come calling? I would say at least 25. You don't let someone leave your building that would be wanted in such a capacity. 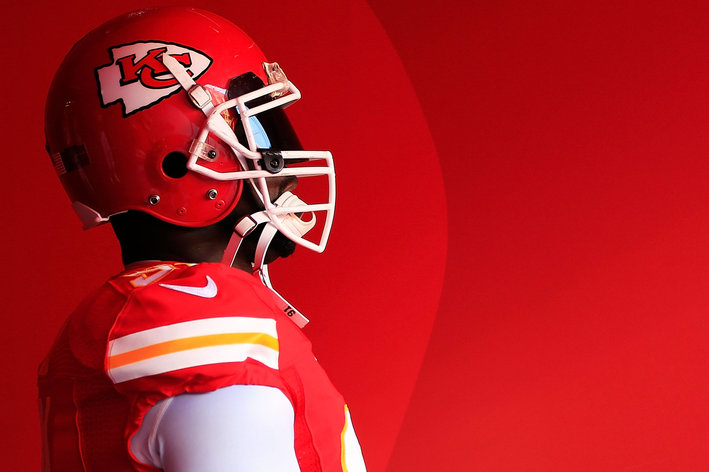 By no means do I think the Chiefs should trade or cut Tamba Hali right now. Fact is the Chiefs have no depth at that position behind Houston and Hali and they need to address it at some point during this draft. If Hali continues to decline next season, which given his age you should expect to happen, the Chiefs would be wise to plan for the future before their hand is forced. -BJ Kissel

The notion that the Chiefs would be better off releasing Hali for cap space only to turn around and draft a kid like Dion Jordan of Oregon or Jarvis Jones from Georgia is stupefying. There is no guarantee either will be anything like Hali, despite every draft pundit screaming their heads off about it being a certainty.

Hali has been one of the best players on Kansas City for the better part of a decade and still wreaks havoc, causing teams to game plan for him every Sunday.

Considering how bad the Chiefs were and how often teams were just running the ball into the line, it's a miracle he even had nine sacks.

Without Hali screaming off the edge every play, Justin Houston doesn't sniff the Pro Bowl. Hali always draws the extra blocker and still gets through more often than not. I would surmise even Houston would agree that Hali is the focal point of the pass rush, hands down.

Don't get me wrong,. Houston is an excellent player. However, both are more effective because of the other. At this point, Hali still leads the charge. If Kansas City has any designs on making the playoffs and knocking around Peyton Manning, it doesn't start with the offense. It starts with the law firm of Hali, Houston and pain.

Pro Football Focus ranked Hali as the 10th best outside linebacker last season. At age 29, what is to say he doesn't stay in the top 10 for the next three years? Nobody doubts the man's dedication to conditioning, so right now we should be looking at the prime of his career.

When voted on by the players, Hali was named the No. 34 player of 2012 in the NFL. This year? I'm willing to bet he still cracks the list despite being on a pathetic 2-14 team.

Hali is capable of game-changing plays, and in this league that is what it's all about on defense. Changing the game. Tyson Jackson can force double teams and Sean Smith can swat away a pass, and that is all fine and good, but it doesn't change the contest.

Remember in the 2010 playoffs against the Baltimore Ravens, when Hali strip-sacked Joe Flacco and recovered the ball at midfield? How many players make that happen?

The play changed the game. Two plays later, Jamaal Charles scored from 41 yards out. Had it have not been for a lost fumble and Matt Cassel, maybe we all look back and say that's the play that turned everything around.

The Chiefs need Hali for all that he brings to the table. Don't take it for granted.