Alex Smith is the Kansas City Chiefs quarterback. It's been made official by both sides. So why then can't Smith get a copy of Andy Reid's playbook?

I don't know all the rules about what players can and can't do right now from a football standpoint. They can work out ... but not with the team. They can talk to the coaches ... but not about football at certain times. They can study the playbook ... if the team could give them a playbook. Lots of rules that were collectively bargained by the players and owners. (In other words, don't complain because each side had a chance to change things.)

All that said, check out this exchange between Reid and reporters at the NFL owners meetings (comments via the Chiefs). 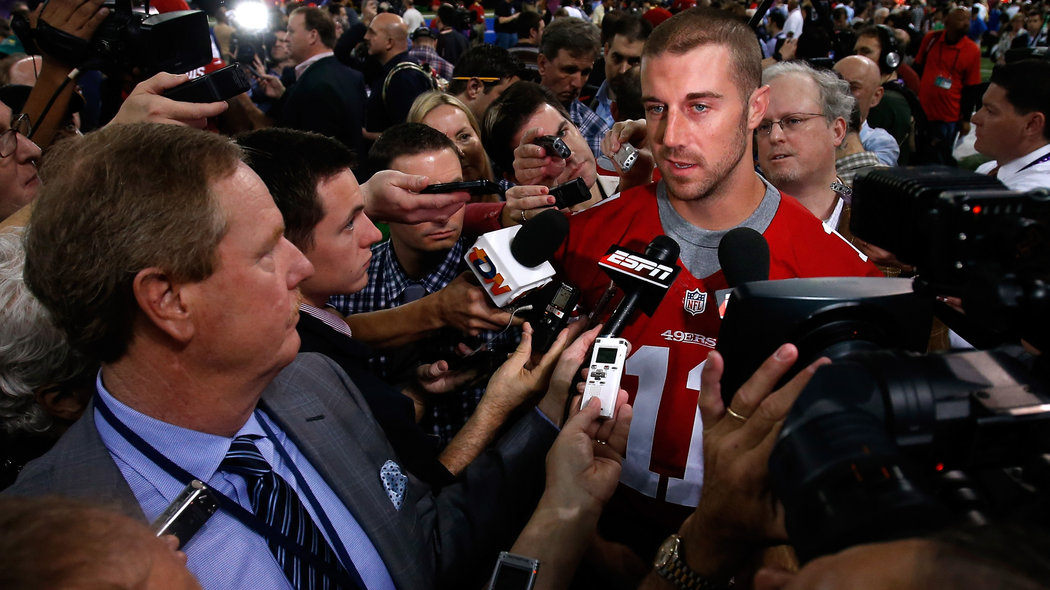 Q: What are your early impressions talking football with [Alex Smith]?

Reid: "You know what, by the rules you can't do much. So we've got to wait for April 1 to kind of load him up with that. But I know what he's all about."

Q: Can you give him a playbook?

Q: He can study what you've done other places?

Reid: "Yeah, he can do that. I think he has a pretty good idea. I'm going to tell you, there are a lot of similarities between the two offenses."

Looks like they're following the rules but I gotta say this: If you ain't cheatin', you ain't tryin'. I hope Alex Smith has a playbook despite the rules. (Yeah, that's right: I'd break the rules!)

Now for a longer explanation: "But what he was doing [in San Francisco], the terminology will be very similar, scheme for the most part will be very similar. I don't think it will be a big transition. We can't do anything with him right now until April 1. It's killing him. And obviously Doug Pederson andMatt Nagy are sitting there and wanting to get their hands on him, but you can't do that. I think it'll be fairly smooth. He's a brilliant kid too, so don't think it'll be too tough."

Are you getting anxious to see how the Alex Smith era will turn out?

Chiefs plan at OT is confusing