Andy Reid will call the plays for the Kansas City Chiefs but he'll still have an offensive coordinator in Doug Pederson, who Reid predicts will one day have head coaching opportunities.

You know how you can tell you have a good head coach? When his coordinators are being hired elsewhere. Kansas City Chiefs fans are familiar Bill Belichick's coaching tree. The flavor of the month entering the offseason appeared to be the Atlanta Falcons, who had both coordinators and a special teams coach interviewing for head coaching jobs. And then there's Andy Reid, who has had a number of former assistants go onto head coaching jobs, including Brad Childress, John Harbaugh and Steve Spagnuolo, among others.

More from Reid at the owners meetings 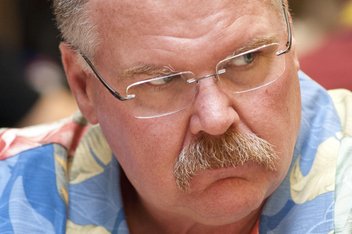 Baldwin's a 'tweener'
McCluster will have a role
Trade back?
The other Smith

"I think he's got a good handle on the offense, he had a great teacher in Marty Mornhinweg and I think, handled right, he'll be a guy that has an opportunity to move on past that and become a head coach," Reid said of Pederson, who was Reid's quarterback in Philly in 1999 (comments via the Chiefs). "He's got an easy way of teaching something that's complex, he's got a good relationship with players, guys have been productive who have been with him."

I've never quite understood the NFL hiring cycle. Coordinating an offense or a defense doesn't really test all the skills necessary to be a head coach. Yet NFL teams hire coordinators as first time head coaches year in and year out. It is so much more than your success as a coordinator, at least in my opinion. That's why you see a guy like John Harbaugh coming out as the most successful of all the Reid assistants ... and he was a special teams coach. Maybe my crazy idea isn't so crazy after all. (Eh, it's still crazy.)

Big asterisk on Pederson though: Reid will continue to call the plays in Kansas City. Will he do that forever? I don't know, but that's the plan right now. "I try to be a little bit more involved with the offense," Reid said.

The best case scenario for the Chiefs would be teams clamoring to hire Pederson in a couple of years. Then you'd know you've done something right. It's been a long time since Chiefs assistants were the hot names around the league. Here's to seeing that again soon.