Chiefs' Andy Reid on Dexter McCluster: 'There is a place for him'

Dexter McCluster looks like a weapon for the Kansas City Chiefs but it seems no one has been able to maximize the production out of him yet. Andy Reid's interest in McCluster dates back several years.

Share All sharing options for: Chiefs' Andy Reid on Dexter McCluster: 'There is a place for him'

Flash back to the 2010 NFL Draft. Andy Reid is with the Eagles. Dexter McCluster is coming out of Ole Miss.

Via ESPN's Sal Paolantonio on April 23, 2010: "But Reid is smitten with Dexter McCluster, a 170-pound scatback out of Mississippi. He's quick and has good hands -- perfect for what the Eagles ask of their running backs: catch the football and work in space. But taking McCluster at No. 37 might be a reach."

You know who held the No. 36 pick, one slot before the Eagles? That's right: the Chiefs. Kansas City of course spent the pick on McCluster and he's been a Chief ever since. Now, back to today. Reid is still intrigued by McCluster.

More from Andy Reid at the owners meetings

"You know what," Reid said from the NFL owners meetings, via comments sent out by the Chiefs, "I kind of like him. He's not the biggest guy in the world, but he's got a heart of a lion. He's got that MO, tremendous quickness and can catch. He's pretty good at running the football, so there is a place for him. You line him up everywhere. You can move him around and kind of do some unique things with him."

There was some chatter last year among folks wondering if McCluster would even make the team last season. To me, Reid's history and these quotes right here show us we shouldn't have those questions this year. McCluster is going to play a role on this team. 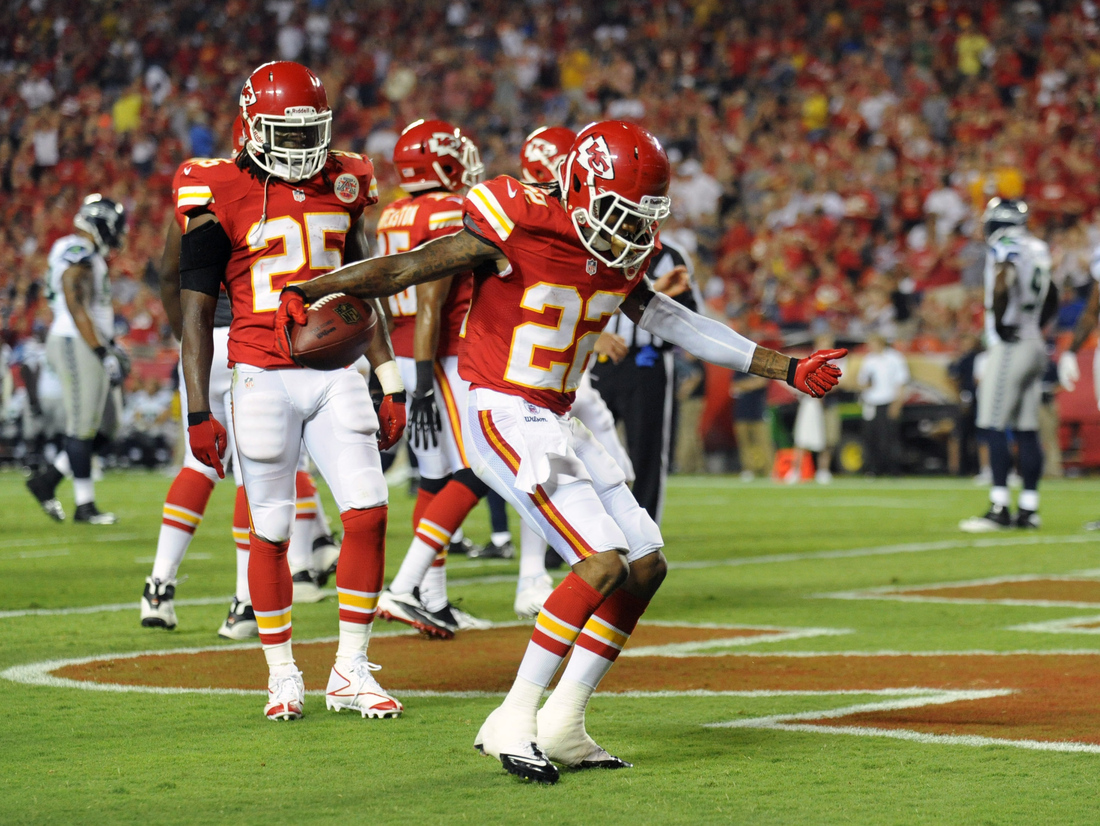 He needs to stick with multiple-cut routes between 5-15 yards of the line of scrimmage. Sure, every now and then he should pull a double move to keep CBs honest, but 90 percent of the time I want to see him cutting rather than sprinting. I'll say it again, CBs and (especially) LBs cannot stick with him through multiple cuts.

But wait! There's more! Reid was asked about Jamaal Charles and said that he went back and pulled up tape of Charles from the 2010 season when Charlie Weis was the coordinator "because Charlie moved him around."

"They probably did a little bit more of the stuff that we did with our running backs," Reid said of Weis and the 2010 Chiefs. "I thought he handled that very well. You could flex him out and throw it to him if you needed to. The running part we all know. You hand him the ball, good things are going to happen, but to be able to move him around and give him other options to get the football in his hands, I think he can do all that."

For an offensive mind like Reid, having players like Charles and McCluster has to be a blessing ... on paper. It all looks good right now, talking about it in March like Todd Haley and Romeo Crennel did before him. But it's also a matter of going out and putting these players in position to help win games. Stats are nice but it's the wins that matter.

This is going to be a fun season, isn't it?

Dion Jordan will visit the Chiefs

Andy Reid: Chiefs have talked about trading back