Alex Smith is finally a Chief, officially. THe Chiefs made the formal announcement on Wednesday, where John Dorsey, Andy Reid and Alex Smith all answered questions. See what Smith and Reid said about the skills needed to run the Chiefs offense.

Now that Alex Smith is in the fold we can get down to the nitty gritty. How will Alex Smith fit in the Kansas City Chiefs offense? Why was he a good fit for Andy Reid's offense? How familiar is he with the Chiefs offense? Let's examine those questions.

Let's start off with Alex himself. Everyone talks about his last two years being the best of his career but Alex would actually point out the last three years. Why did Alex get better over the last few years?

"For me," Smith began, "I really don't necessarily feel like I was doing anything different. Obviously, I think I grew as a player but I really felt like I got back to football. Where we were, it became about football, it became about playing football and not so many of the exterior things that can sometimes creep into this game at this level.

"And for me, it was stop worrying about everything else - I'm going to try to play quarterback as best I can and do my job and not worry about everything else, not try to do too much, just stay within myself and help my team win games. You continue to put your team in good situations and good things happen.

"Before that I had the injuries and was kind of battling that so I don't know if it was all of a sudden an abrupt thing, I think if you look at it, the last three years of play have been prettyconsistent in my mind and increasing, getting better every year."

Believe it or not, Smith has been getting better every year he's been in the league, at least according to his quarterback rating. It's just that he set the bar really, really low to begin with. This table comes via "The truth about Alex" by Larushka (injury years taken out): 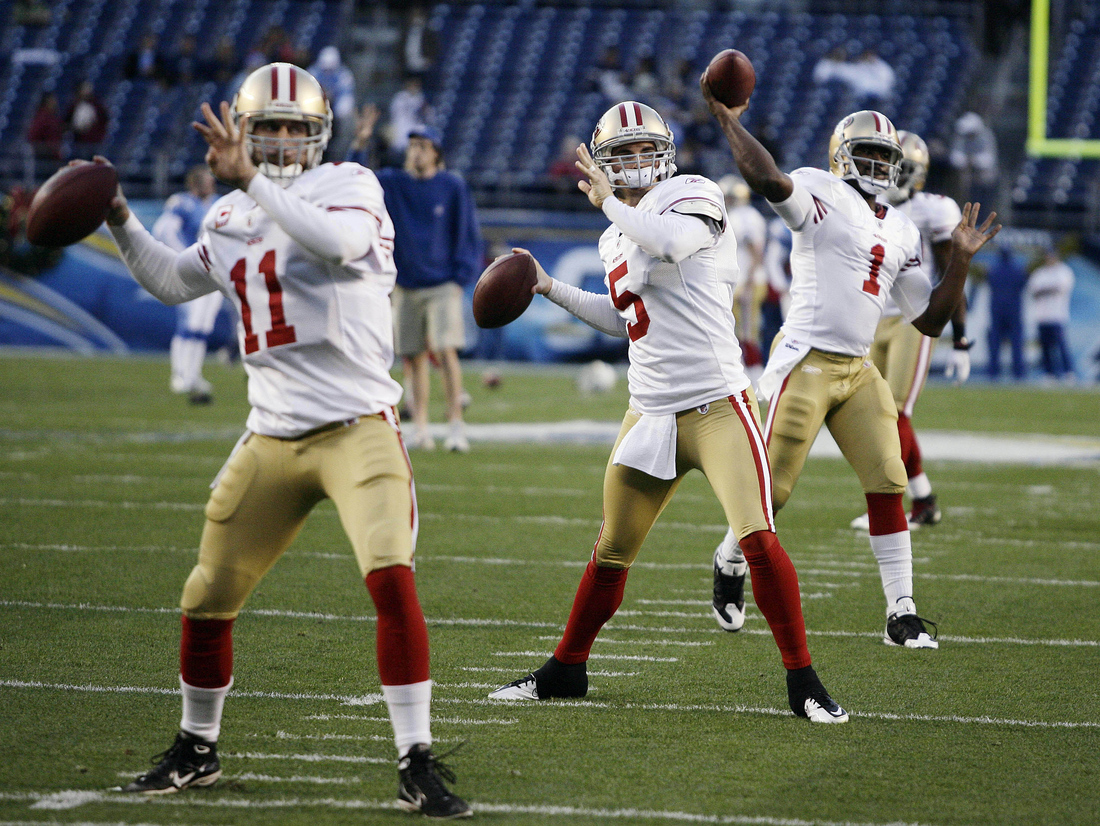 What about Alex's game makes him a good fit in KC?

"He's got a strong arm, he's got a great feel for the pass game, he's obviously one of the smarter quarterbacks in the National Football League. He's had to do everything at the line of scrimmage and that's something you look at from a coaching standpoint, whether it's changing protections or changing runs to passes or passes to runs or getting his team in and out of situations that end up being positive situations. He does that with ease and I say with ease, he does it with ease during the game and there's a lot of time and effort that goes into that behind the scenes, so you know he's a hard worker."

"...he's run offenses very similar to ours, particularly the last couple years, and he's done it at a very high level."

Changing the play at the line of scrimmage is all about stacking the deck in your favor, whether that's a run or a pass.

Smith said he did not have a playbook over the past few weeks, because he wasn't allowed to. Reid and Smith couldn't be working together until the trade became official.

"I literally came in today," Smith said when asked about knowing the Chiefs offense. "I knew a little bit walking around and visiting with the coaches. The last few years, I ran a form of the West Coast. Not any two forms are alike. They all kind of go their own direction. There will be some carry over for sure when you talk, some protections and things like that; formations are similar in the structure, but a lot gets changed over time, and everyone makes adjustments and things."

Any offense can be successful. It's just about executing it better than the other team.

"On paper, they all looked alike," Smith said of offenses in general. "A lot of people run the same plays. It's all about how it's executed. Whatever you call it and whatever language you speak or whatever lineage tree it comes from, it's obviously on the execution. I've been through a lot. I'm looking forward to sinking my teeth into this one." 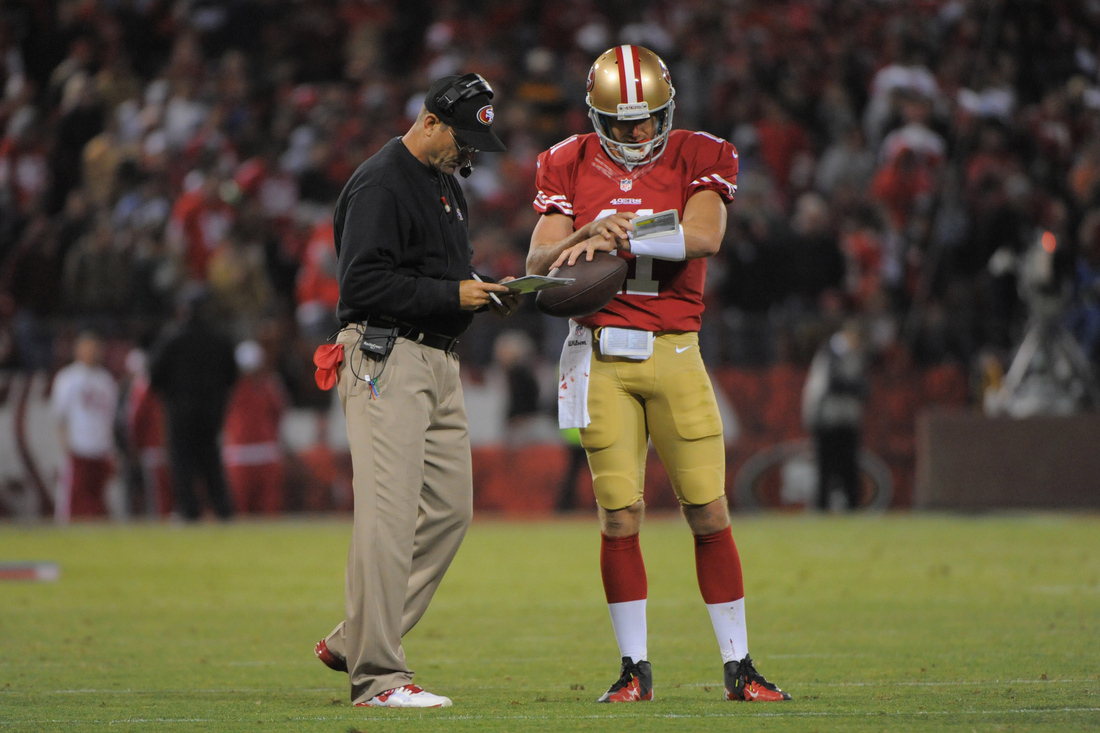 Another defensive player coming to KC?

Alex Smith: "I'm ready for this"