The Kansas City Chiefs formally introduced Alex Smith on Tuesday afternoon. Andy Reid called him the Chiefs starting quarterback and GM John Dorsey did not divulge any details as to what this means for the future of Matt Cassel. Read on for more from the Chiefs GM, head coach and new quarterback.

'Alex Smith is the starting quarterback'

Reid came out and said it, as if that is a surprise. We all knew Smith would be the starter but Reid confirmed it. Hey, at least he didn't play any games about making this a competition.

Reid called Smith one of the smartest quarterbacks in the league. He said that will help when it comes to Smith doing things like checking a call at the line of scrimmage and reading the defense.

Smith said he has run similar offenses to Reid's in the past but he can't comment on what that looks like yet. A reporter asked Smith if had been getting to know Reid's playbook over the past few weeks but both Smith and Reid noted that wasn't allowed until the trade went through.

Reid was asked if he thought it could be a potential issue with a popular, local quarterback (Chase Daniel) being on the team, with fans wanting him to play. He basically said, no, he is not concerned about that.

As for whether the Chiefs could still draft a quarterback, Dorsey said, "You have to be flexible and keep your options available as you go into that process. We'll let the draft board come down and you can never say never." 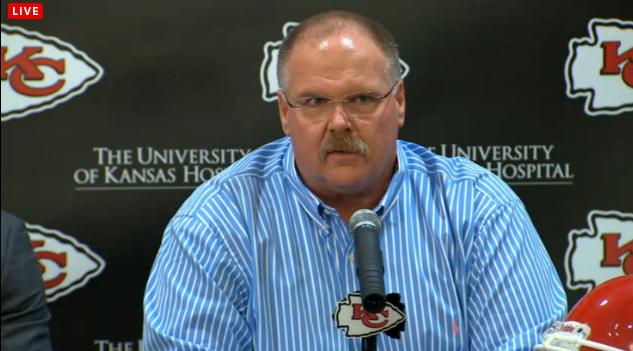 That tells you how they feel about him. They really like him.

"We're both very impressed by Alex's accomplishments on the field Alex has obtained over the last few years, but we know we're getting a quality person here," Dorsey said.

"From a coaching standpoint, what a tremendous addition to a locker room," Reid said. "Obviously a fine football player, but even a better person. That's welcomed here, his leadership is something this team will benefit from and be able to build around."

Alex Smith: 'I'm ready for this'

That simple; "I'm ready for this." That's what Smith said when asked about the trade. He said he identified Kansas City as a place he wanted to be, even before he knew they were an option.

So why Kansas City?

"These two guys right here," Smith said, pointing to Dorsey and Reid. "The opportunity to work with coach Reid, from all the quarterbacks I've talked to that have played for him, have only had good things to say ... You look at this team. You look at the pieces in place. You can see the potential. It's just a matter of things going, getting that chemistry and that culture right."

Smith said he told the 49ers that he wanted to start last season but that wasn't an option. So he was given his options, and "everything pointed here," he said of Kansas City. "It wasn't close." 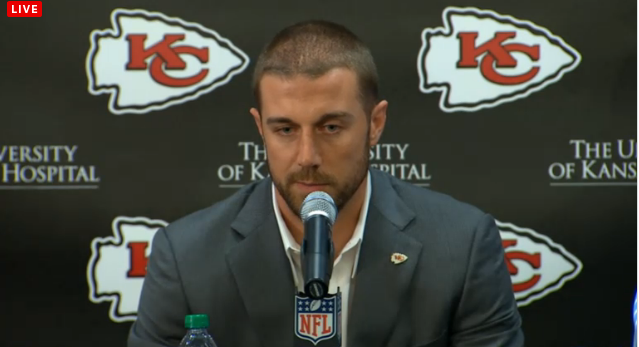 Matt Cassel is on the roster 'right now'

John Dorsey basically took a "wait and see" approach with Cassel. "Right now Matt is on our roster," Dorsey said. "As the days go along, we'll see what happens there. But right now he's on our roster."

Reports say the Chiefs are trying to trade him and if they can't they will release him, but Dorsey didn't come out and say that. Andy Reid said Cassel knew what the deal was.

"We've communicated with him and he understood the situation that was taking place today," Reid said of Cassel. "It wasn't a secret to him or his representatives." 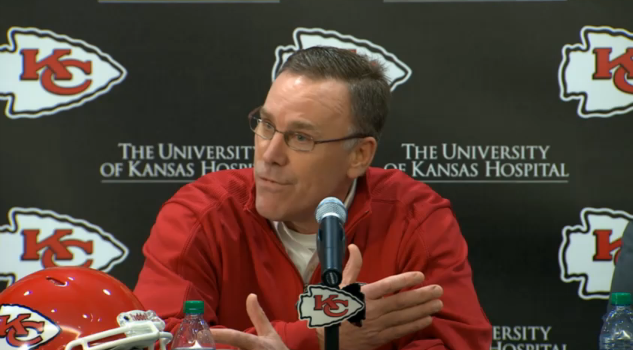 Glenn Dorsey agrees with the 49ers