NFL free agency has been alive for over two hours now and the Kansas City Chiefs have made a few headlines. Check out below for the latest updates on the Chiefs in free agency, including the reported signing of three players, Chase Daniel, Mike DeVito and Anthony Fasano. Use this as your new open thread.

Chase Daniel to the Chiefs

Sorta like the Alex Smith trade, my first reaction is that I don't mind the player but it seems like an awful lot to pay. With Smith, it was draft picks. With Daniel, it's likely in a decent-sized salary. We haven't heard a firm report on what he will get paid but Jason La Canfora of CBS Sports has been saying it should be $3+ million per year, which is a good chunk of change for a backup. I'd like to see more contract details before I can give my full reaction to this.

Read the reaction from Chiefs fans here and from Saints fans at Canal Street Chronicles here.

Andy Reid sacrificed some accuracy for arm strength with Vick. Doing the opposite in KC with Alex Smith and Chase Daniel 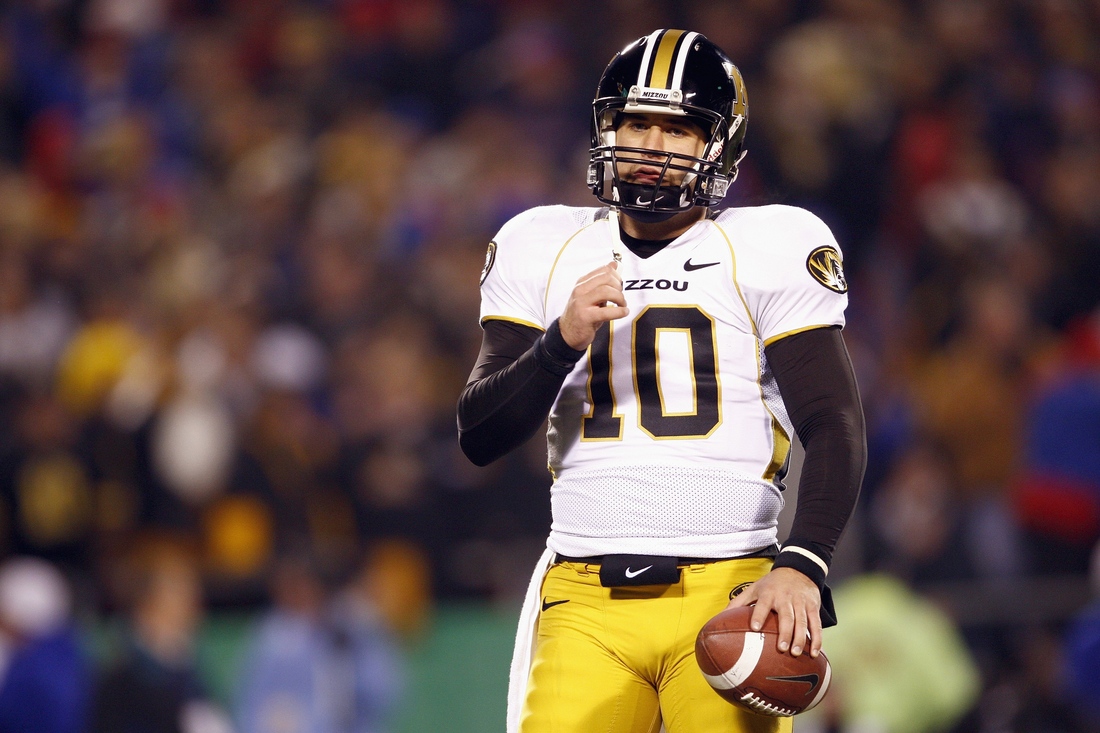 The Chiefs were said to be interested in re-signing him. Now I wonder if that was legit or not. Jim Harbaugh and Co. know more than I but it seems Dorsey would be best fit in a 4-3 (as we've been saying for, um, five years now). For now, it's just a visit.

Here's what our 49ers blog, Niners Nation, had to say: "We rave about the 49ers coaching staff, and particularly what Jim Harbaugh did with Alex Smith. If the 49ers are able to land Dorsey, I am just as excited about what Jim Tomsula and Vic Fangio can do with young defensive lineman."

This is what we said about the visit.

Give me all the Dorsey junk you want. 49ers are going to make him a better player. 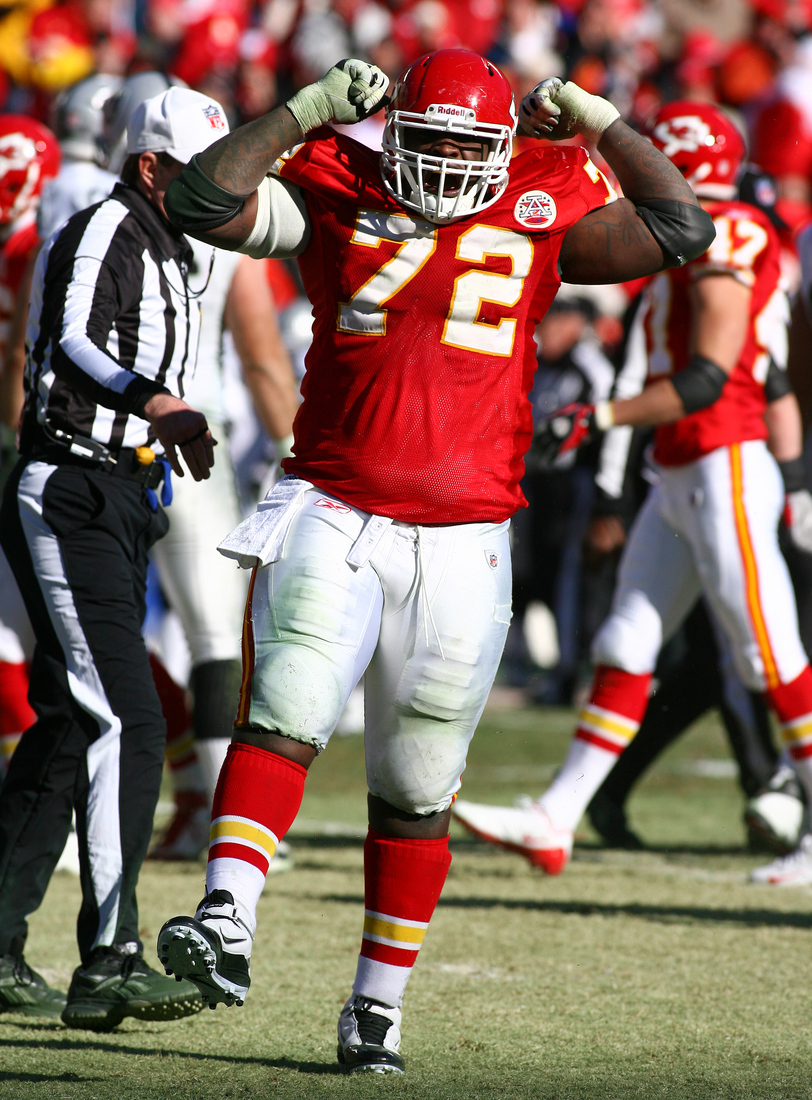 What do we talk about now?

Meanwhile, the Alex Smith trade to KC is official. Remember when that happened? 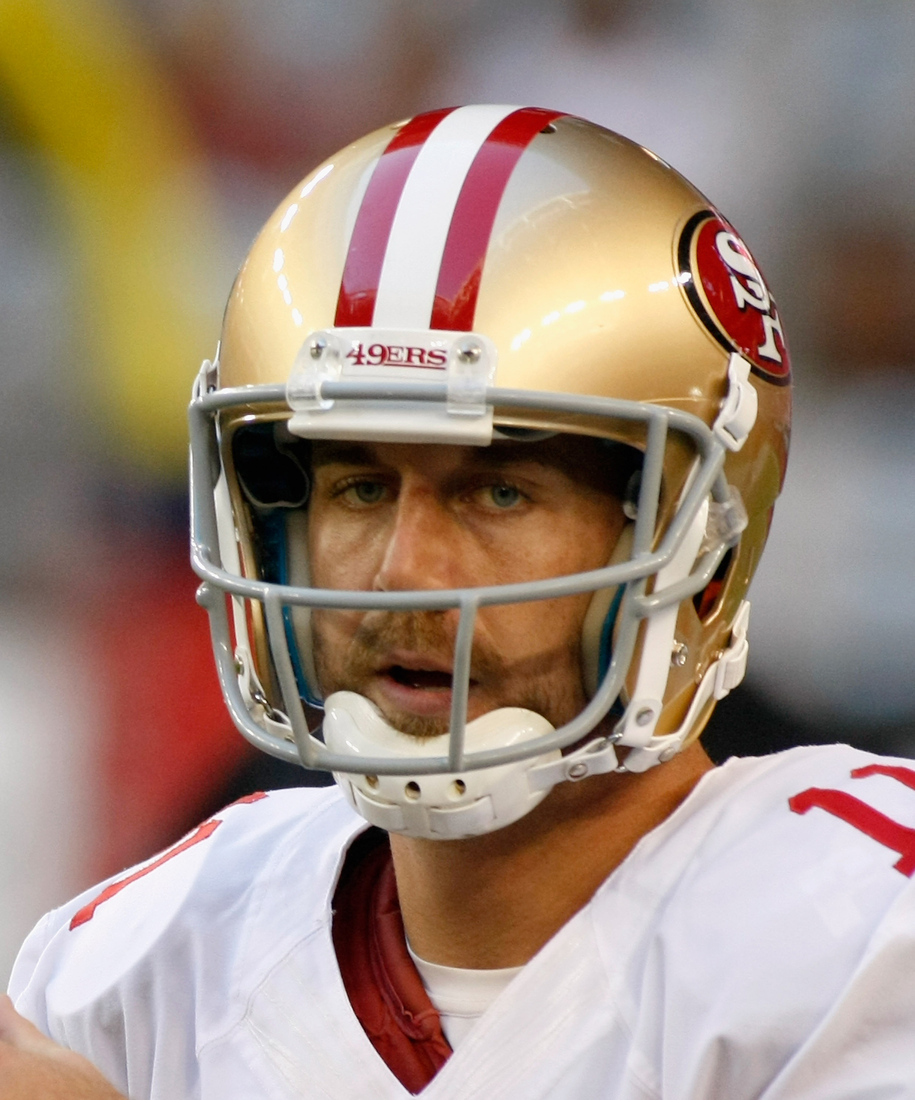 [Update: I'm behind already! The KC Star reports DeVito has agreed to terms with the Chiefs. Read the Jets fans reaction at Gang Green Nation.]

A Dorsey replacement? Mike DeVito has been with the Jets for the last six seasons but is now hitting the market, and has a visit scheduled to Kansas City. He could provide depth along the defensive line, or even start depending on what happens in the rest of free agency and the draft. The connection is Bob Sutton.

Bad news for #Jets, as Chiefs are reportedly in good spot to land Mike Devito. The run-stuffer is visiting KC today. 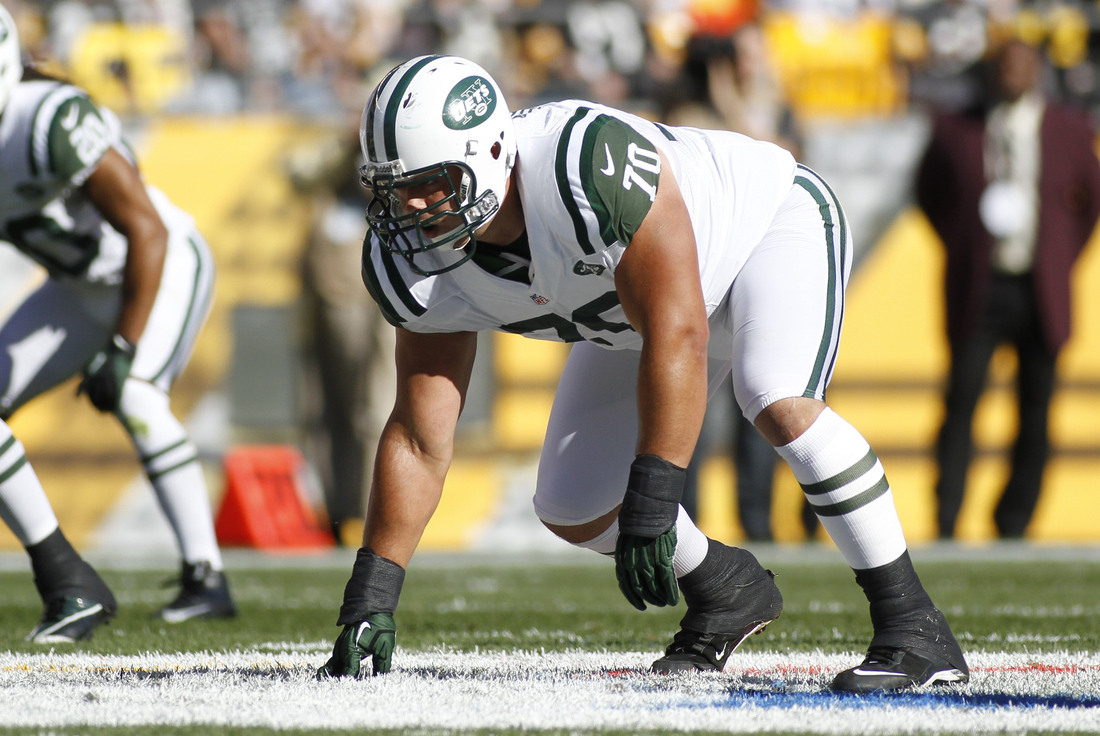 I had no idea what the new regime thought of Tony Moeaki so I find this interesting. How does it impact Moeaki? I'd like to see some numbers before answering that.

Jets DE Mike DeVito visiting the Chiefs: There are predictions that the Chiefs will sign him The connection is Bob Sutton, the Chiefs new defensive coordinator who was previously in New York. This could affect the Dorsey situation, too.

See what Dolphins fans are saying at The Phinsider.

Anthony Fasano to the Chiefs...seems like an obvious guy to take over Brent Celek's old gig in the Andy Reid offense. 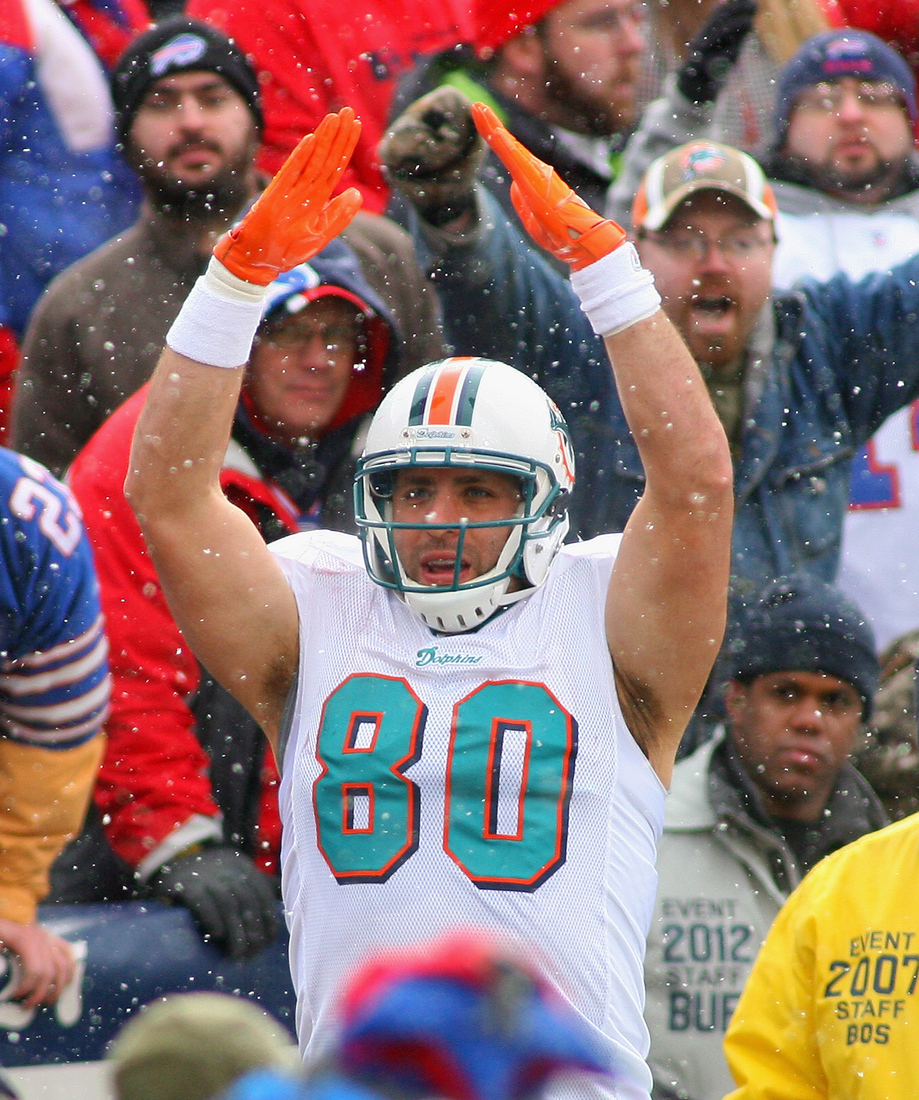 So says Adam Schefter. This would be a nice move for Hillis -- from a two-win team to one of the NFL's best. The Packers are probably a fit for any player, it all seems to work up there.

Hillis' season could've been different in Kansas City but a.) the Chiefs were awful and b.) he was injured a month into the season. By the time he got back, the season was more or less over. His rushing totals have dropped for three straight years.

Here's our story on it. 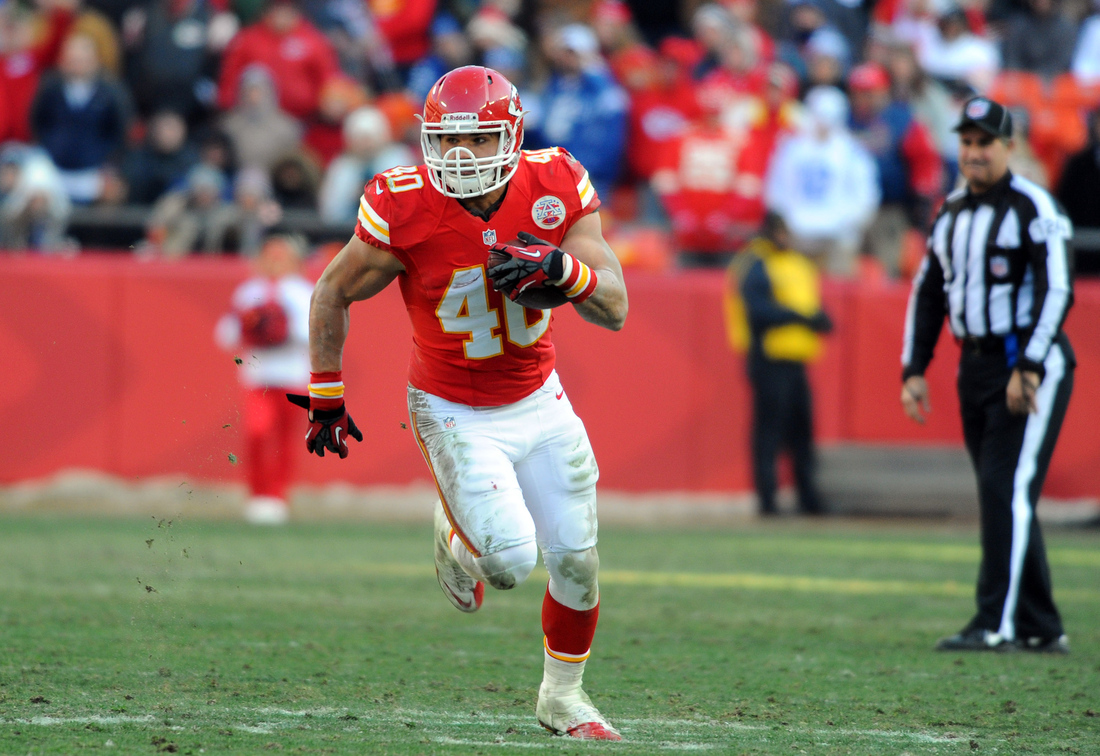 All the latest free agency news: