The Kansas City Chiefs are picking up a quarterback who is just 28 years old but has already been in the NFL for eight seasons. Alex Smith went from No. 1 overall pick way back in 2005, to getting benched, to playing lights out, to getting benched again, and then to Kansas City. How did all this happen?

Share All sharing options for: Alex Smith goes to Arrowhead: The complete story 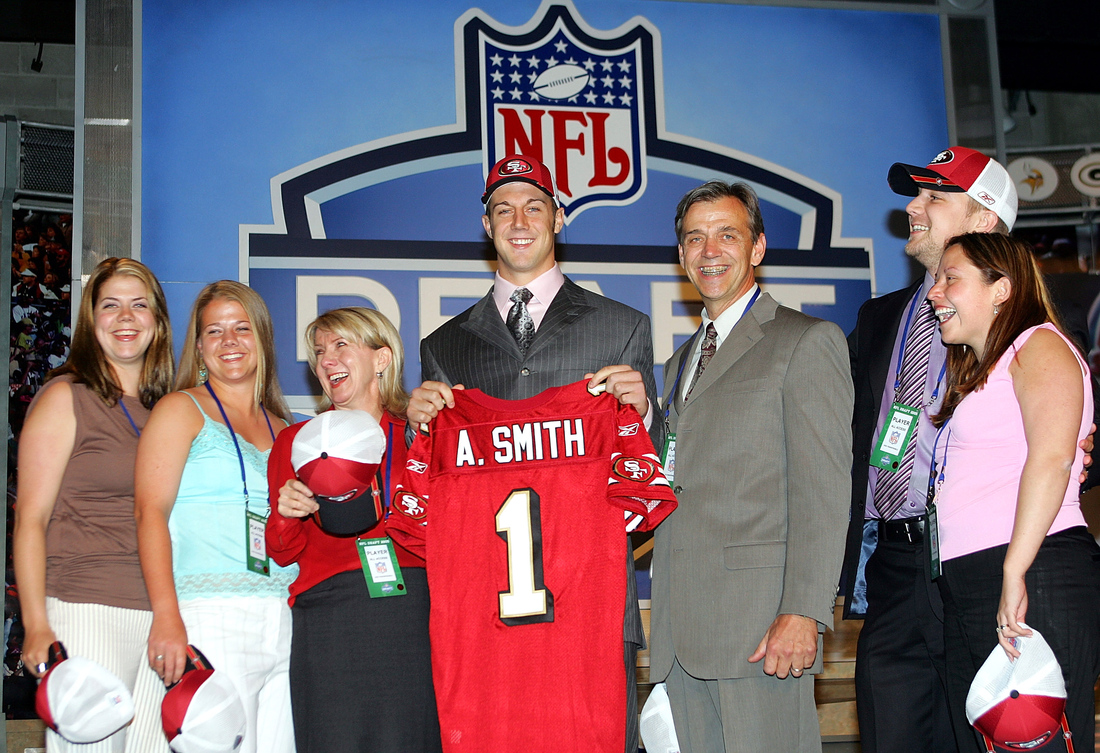 You get the phone call, knowing you beat out that punk Aaron Rodgers (Sorry, Aaron, it was just for effect. You are not a punk). No. 1 overall pick. 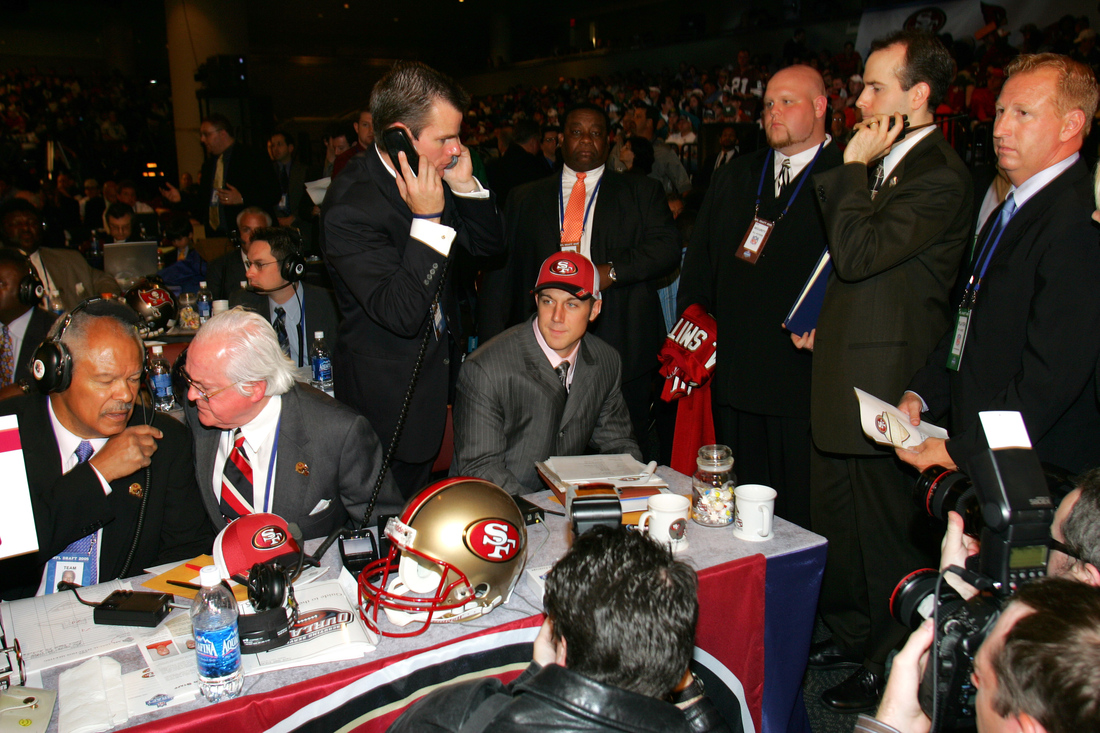 That was so long ago it was pre-Roger Goodell. 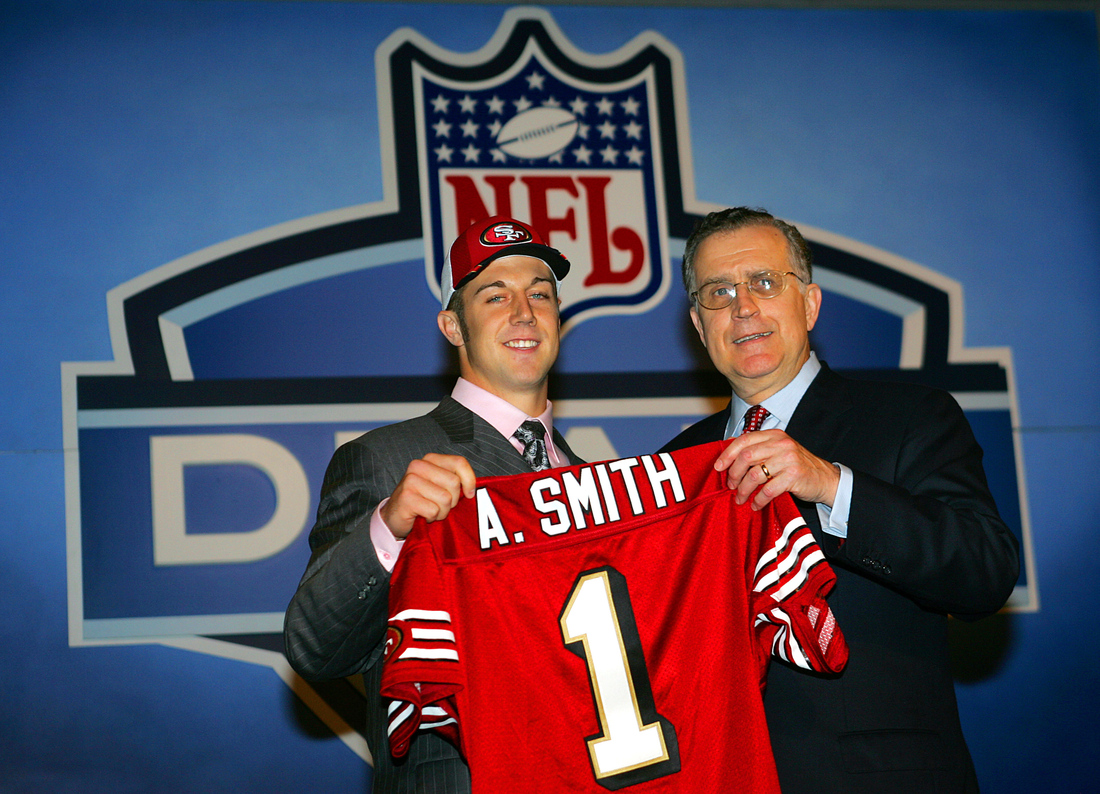 Look how young he is! He could barely booze at this point. 21 years old. 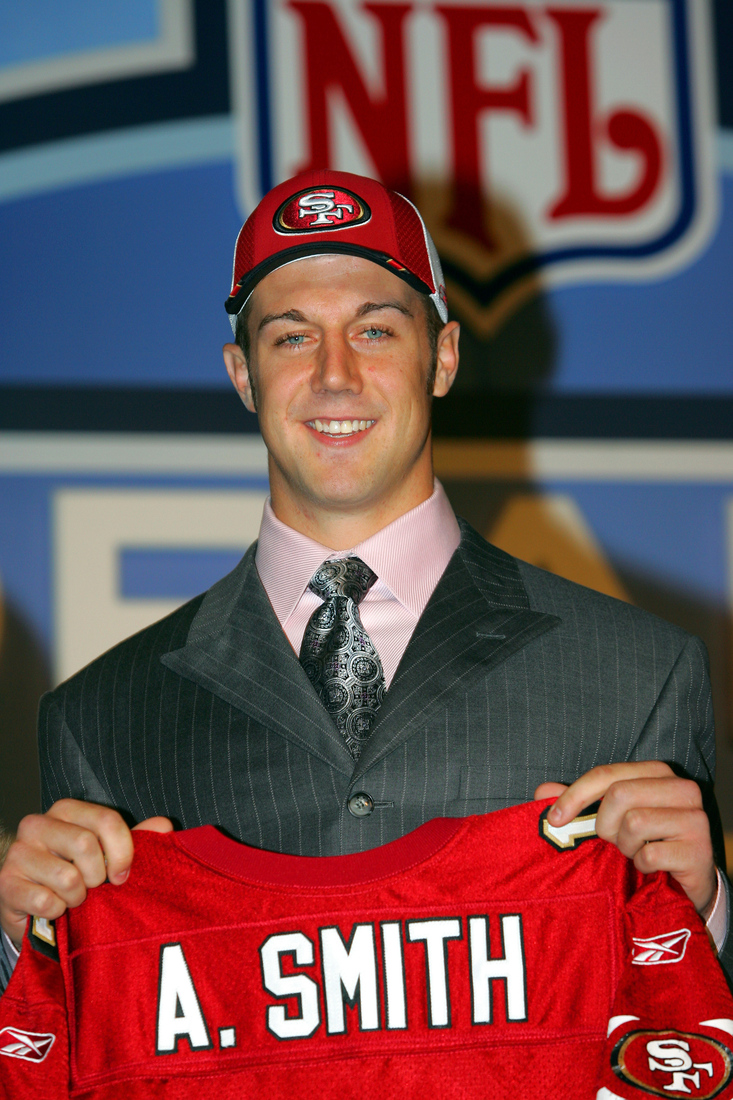 Year 1: Turns out, the actual games are, uh, pretty important. And Smith wasn't just bad. He was awful. 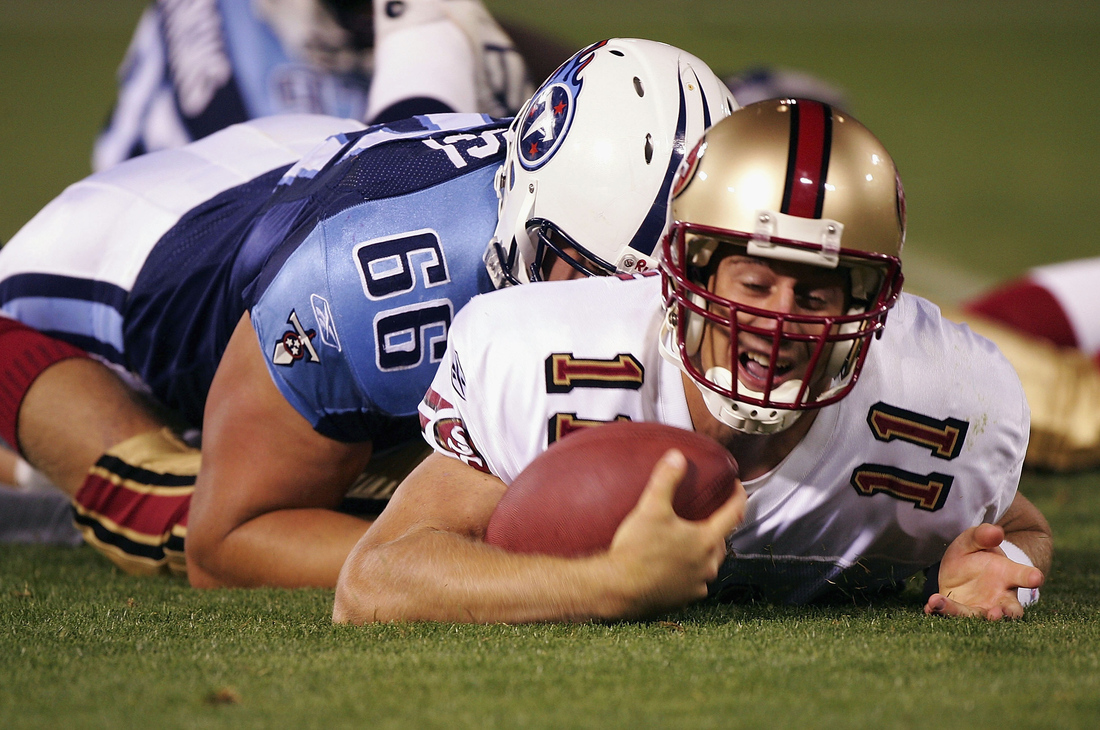 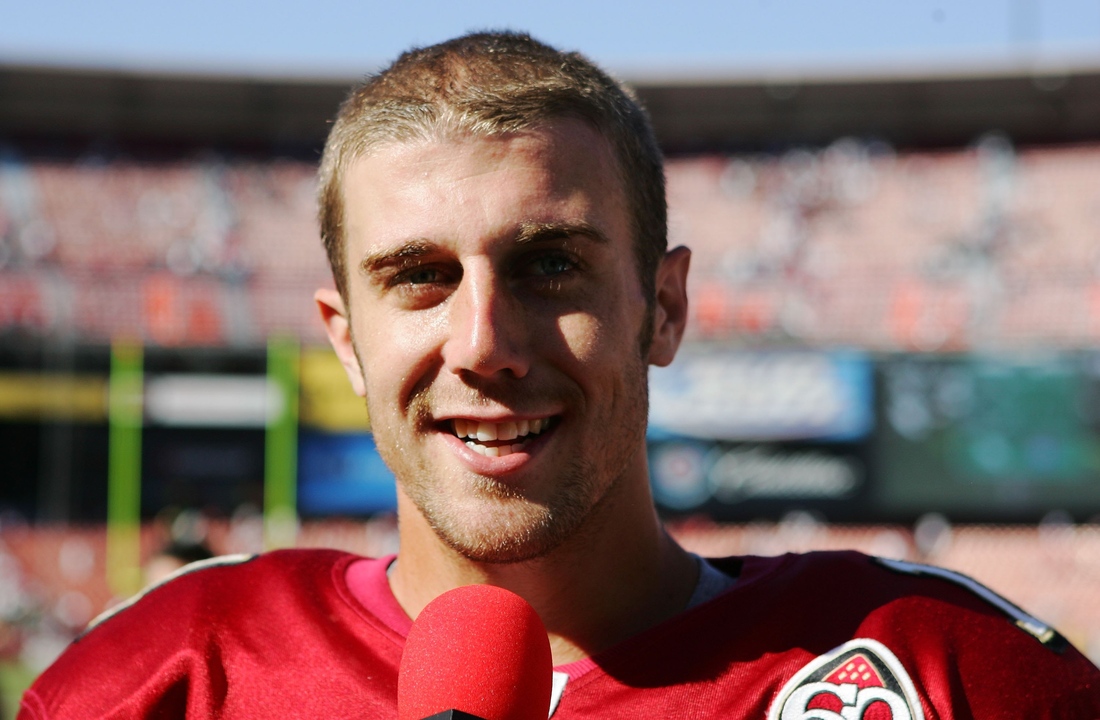 Year 3: Alex Smith is hurt and is rewarded with not having to play for the worst offense in football. 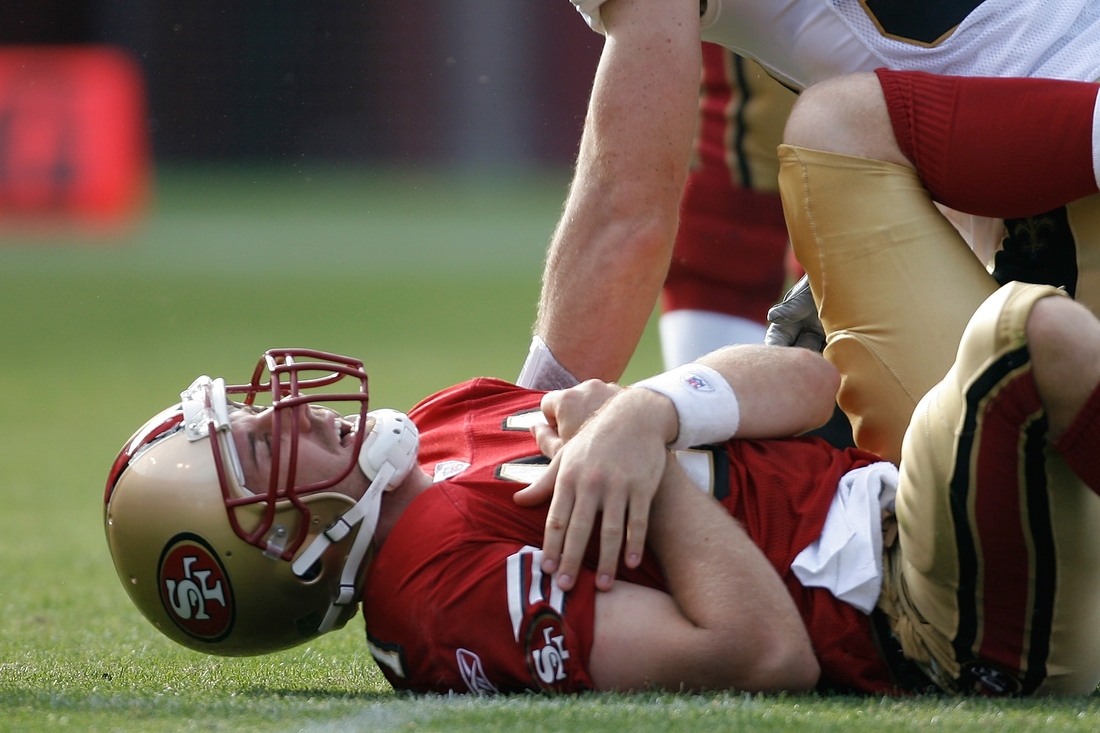 He's replaced by Trent Dilfer ... who, coincidentally (or not), loved the Alex Smith trade. 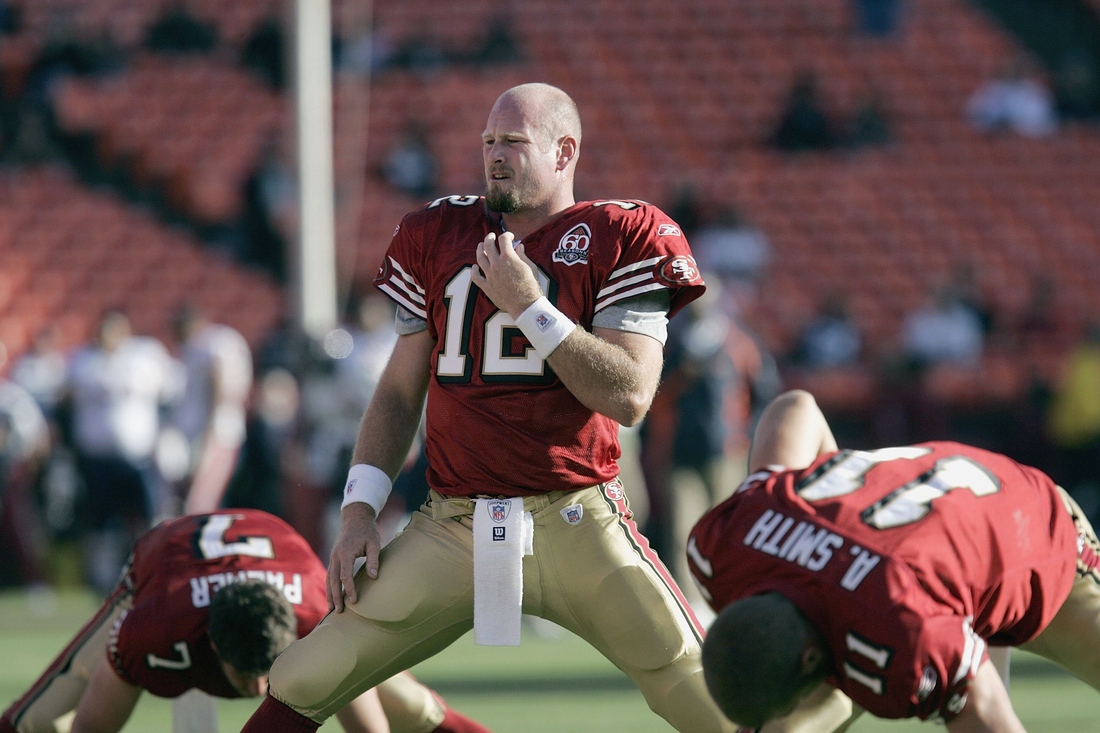 Year 4: Alex Smith is hurt, again, and doesn't play at all. Photographers don't take the time to rotate his pictures anymore. 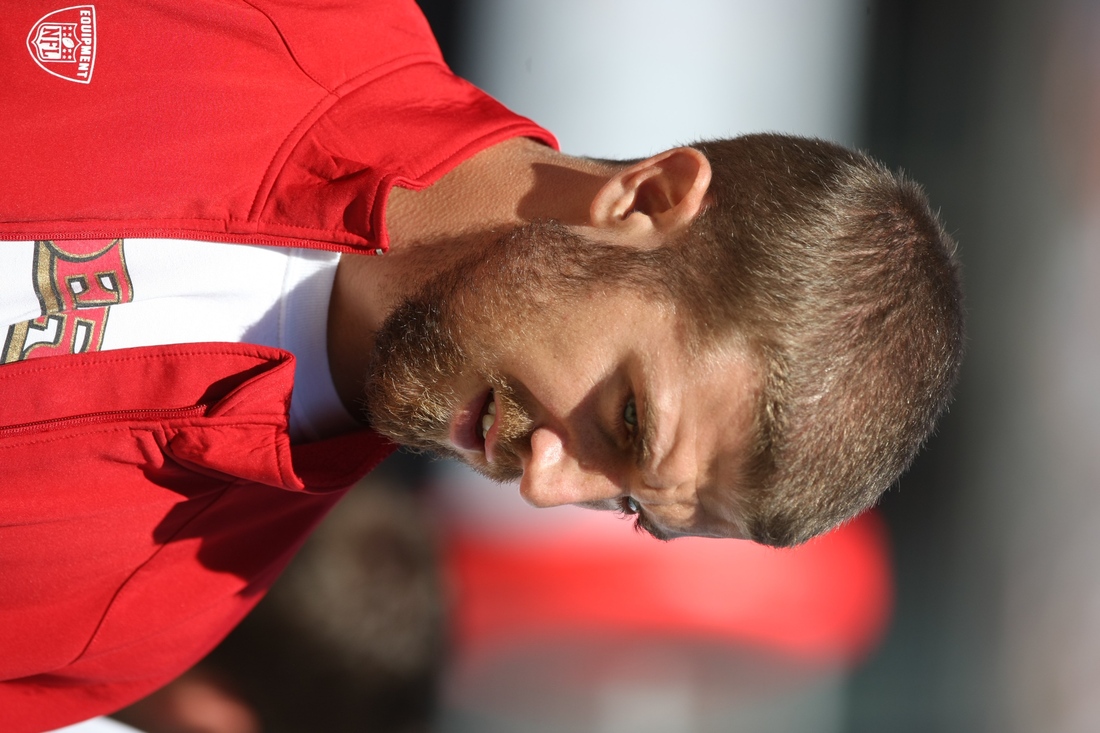 Year 5: He starts, is not totally awful, and they begin to notice him again. 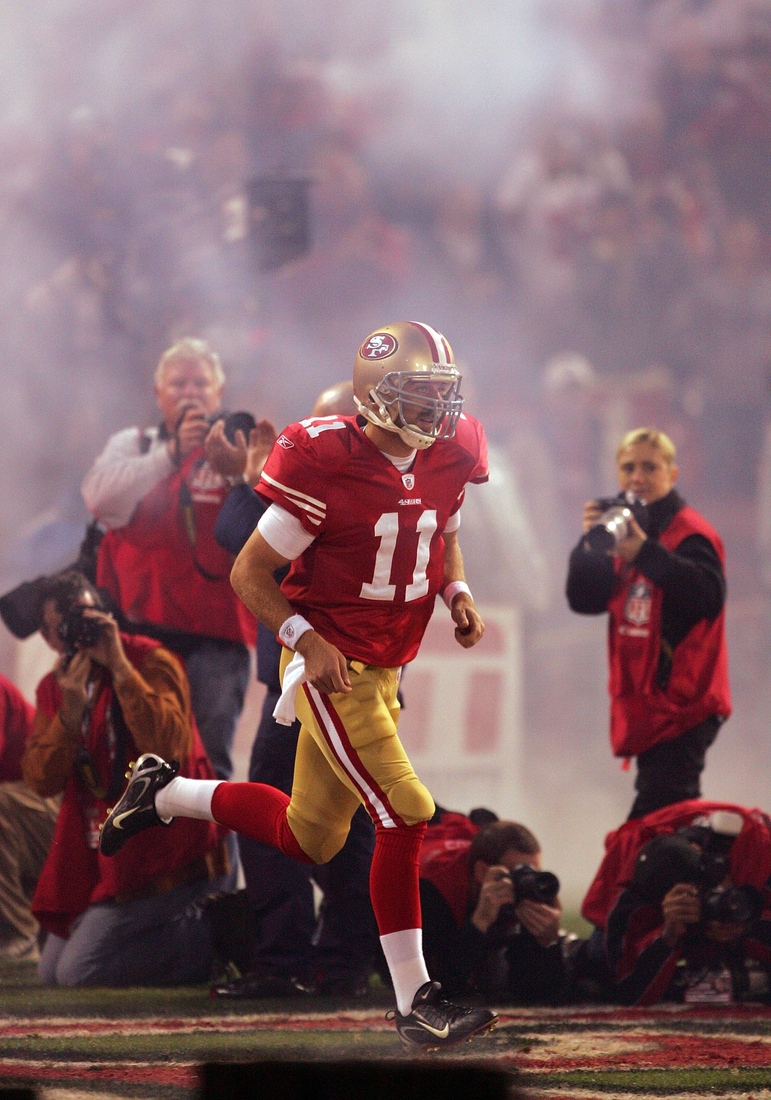 NBC Sports, Gregg Rosenthal: "It was the lowest moment of Alex Smith's seven-year career in San Francisco, Oct. 12, 2010. The winless 49ers hosted the Eagles on Sunday Night Football, and the crowd was looking for blood.

"After his fourth-quarter fumble, thunderous boos poured down on Smith. He was hearing it all game from the crowd, but this matched anything I've ever heard - even in Philadelphia. The unmistakable chant that came with the booing was even more depressing.

"The home crowd wanted Smith benched in favor of backup quarterback David Carr. The fan base collectively waved the white flag. They were tired of their No. 1 overall pick bust and wanted to try another. It was only Week 5 of a rapidly devolving season." 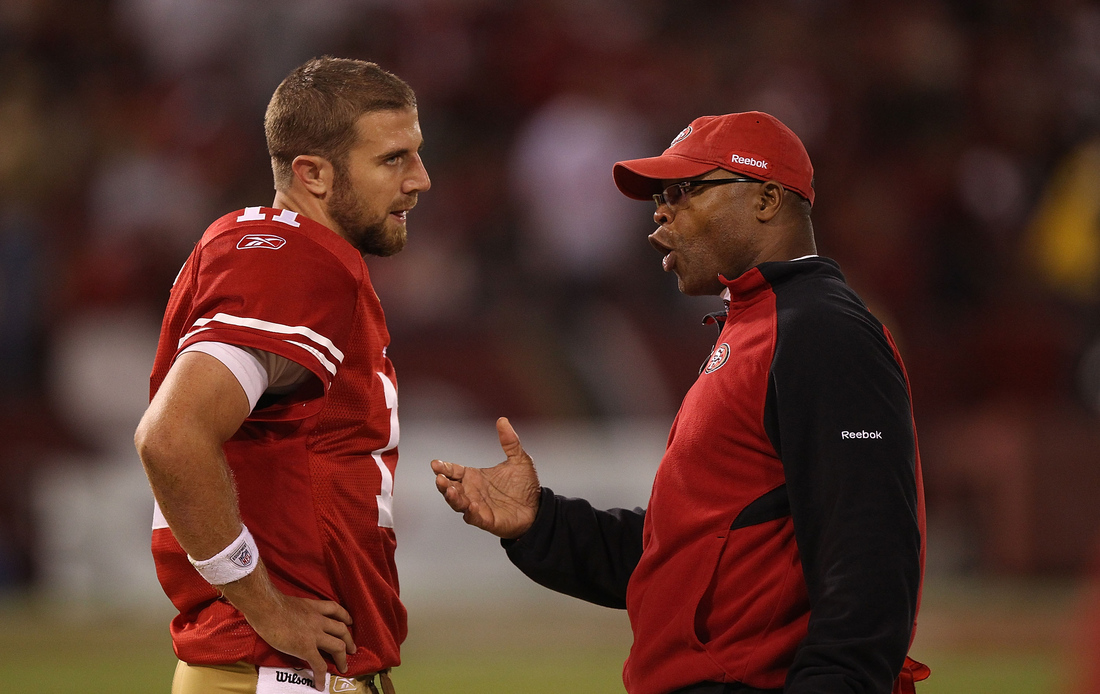 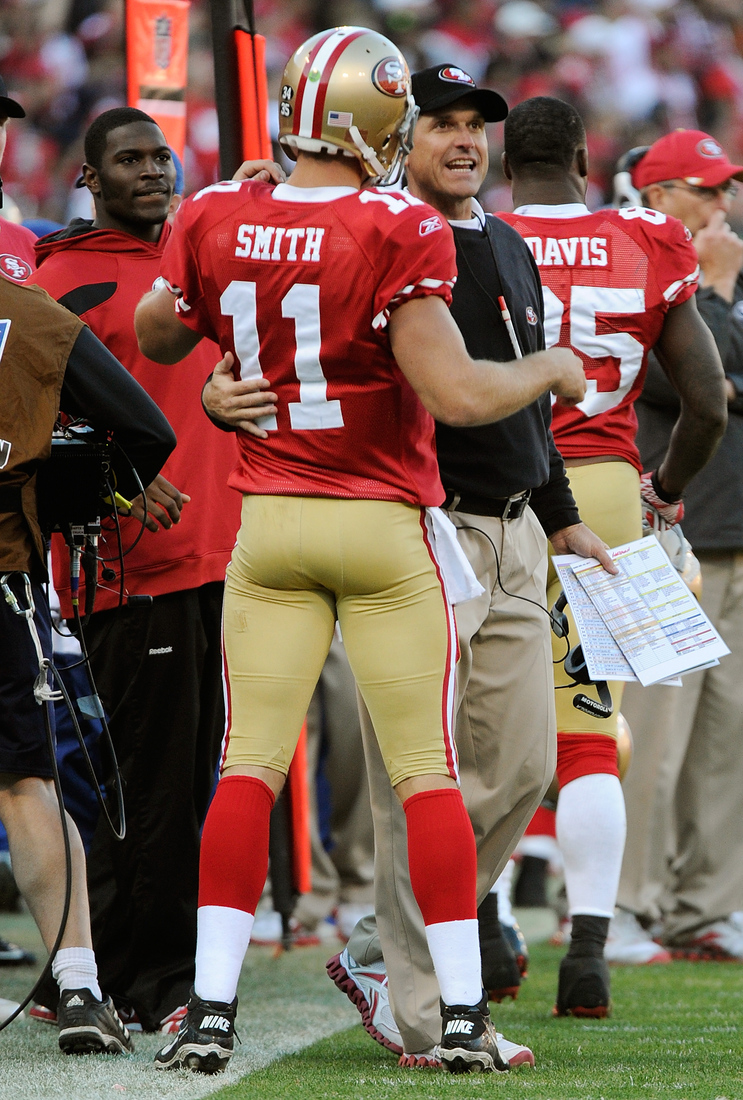 Year 8: Alex Smith suffers a concussion in Week 10. He never returns thanks to a new football device called a Colin Kaepernick. 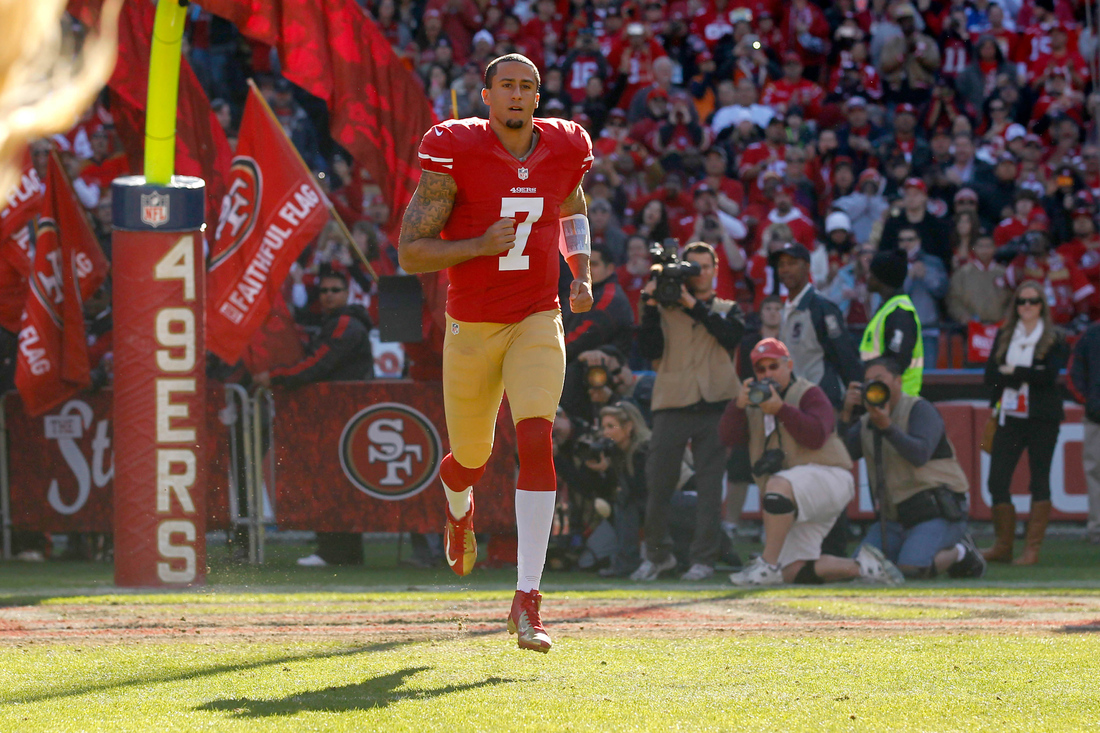 They were complete opposites. 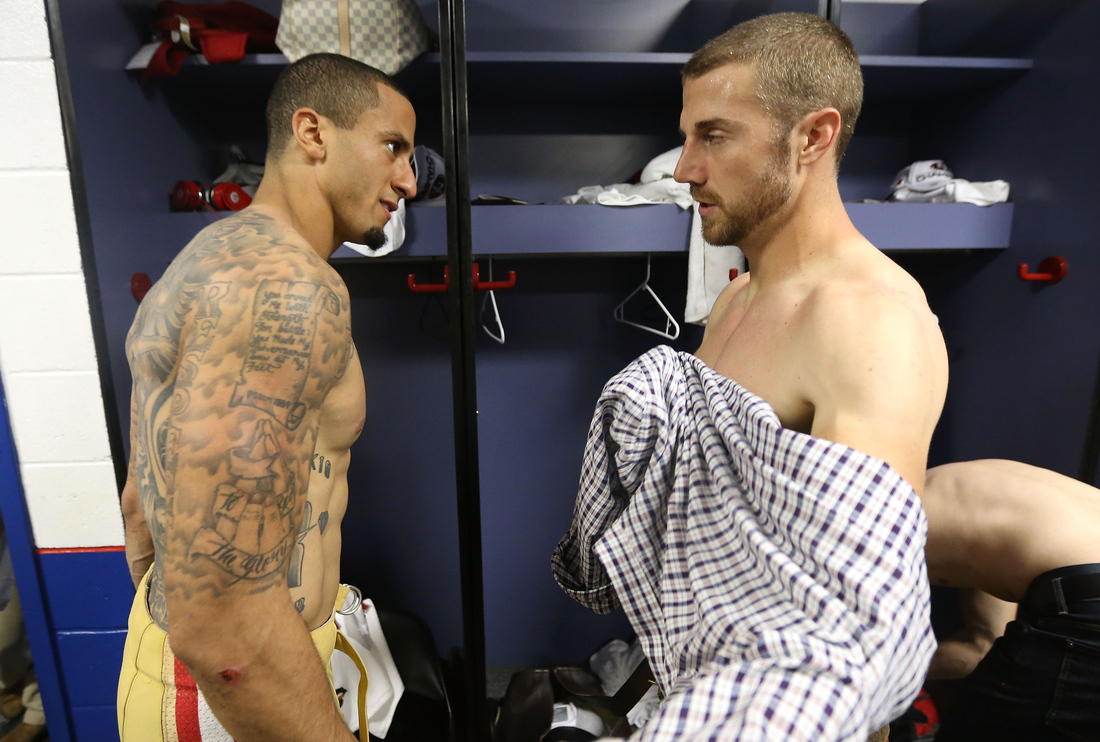 The Super Bowl came, and there were more questions for Alex Smith. He answered most of them. 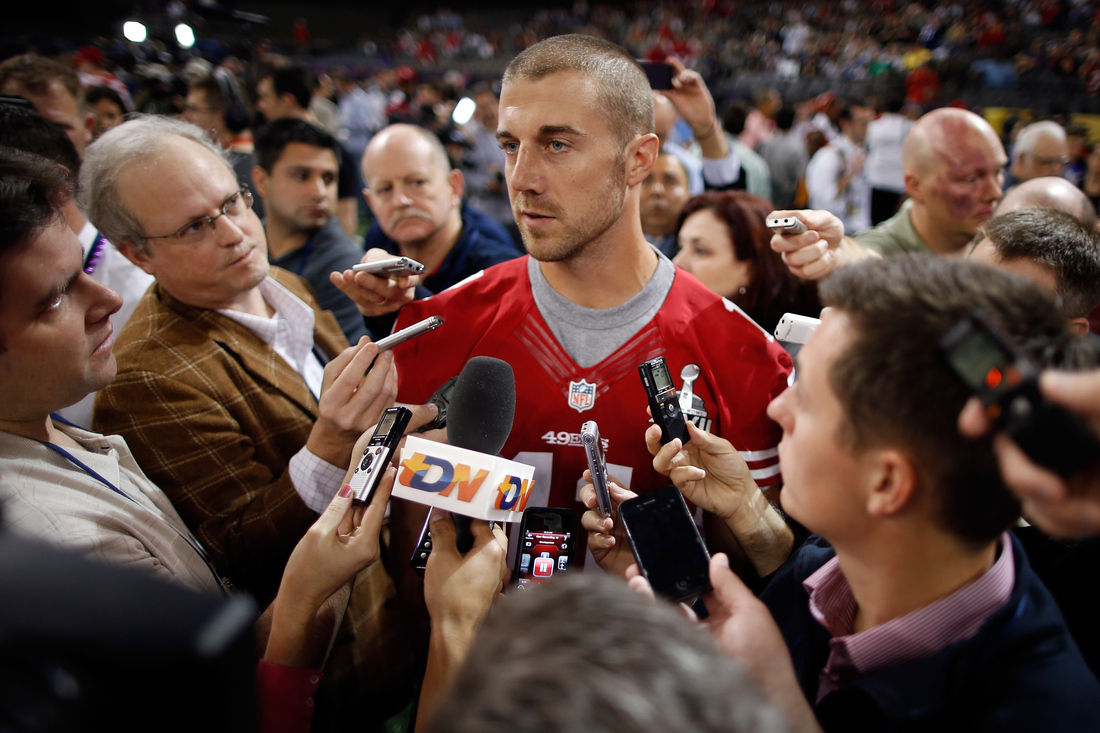 All was quiet until the Chiefs hired Andy Reid who, according to Dilfer, had a 'courtship' of Alex Smith last year. True love is rearing its head again. 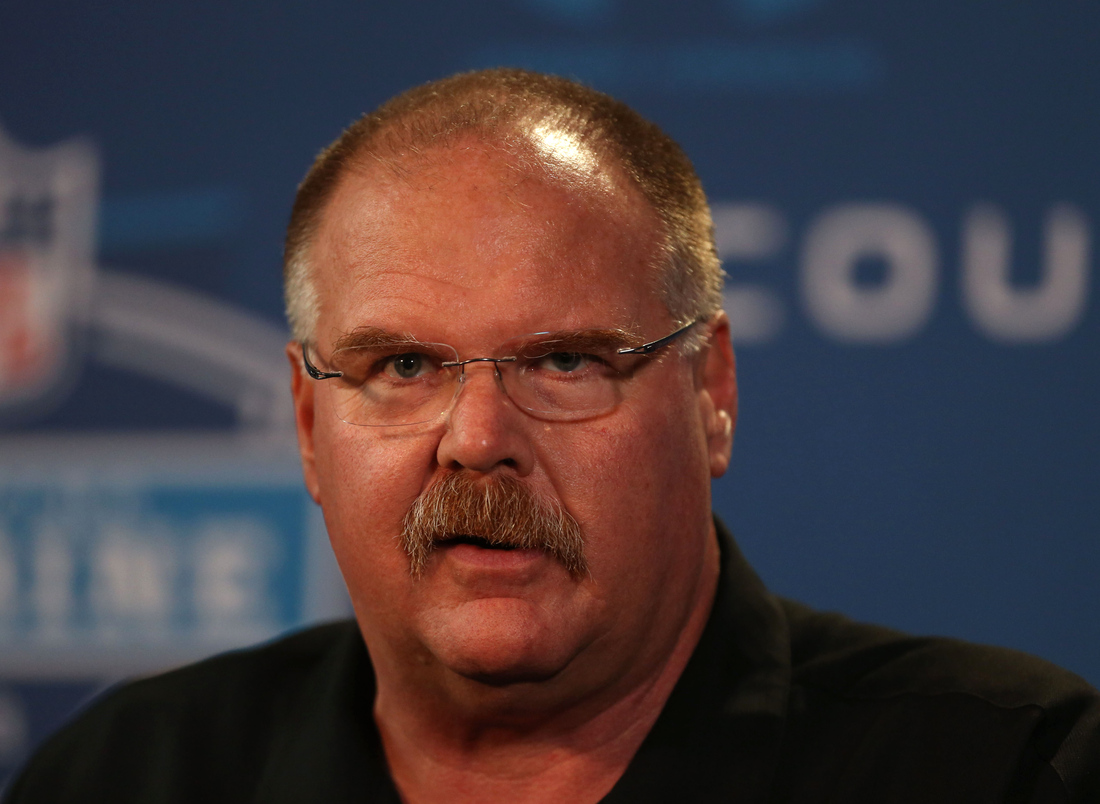 Then came John Dorsey, whose Packers ended up winning the Alex Smith vs. Aaron Rodgers debate. 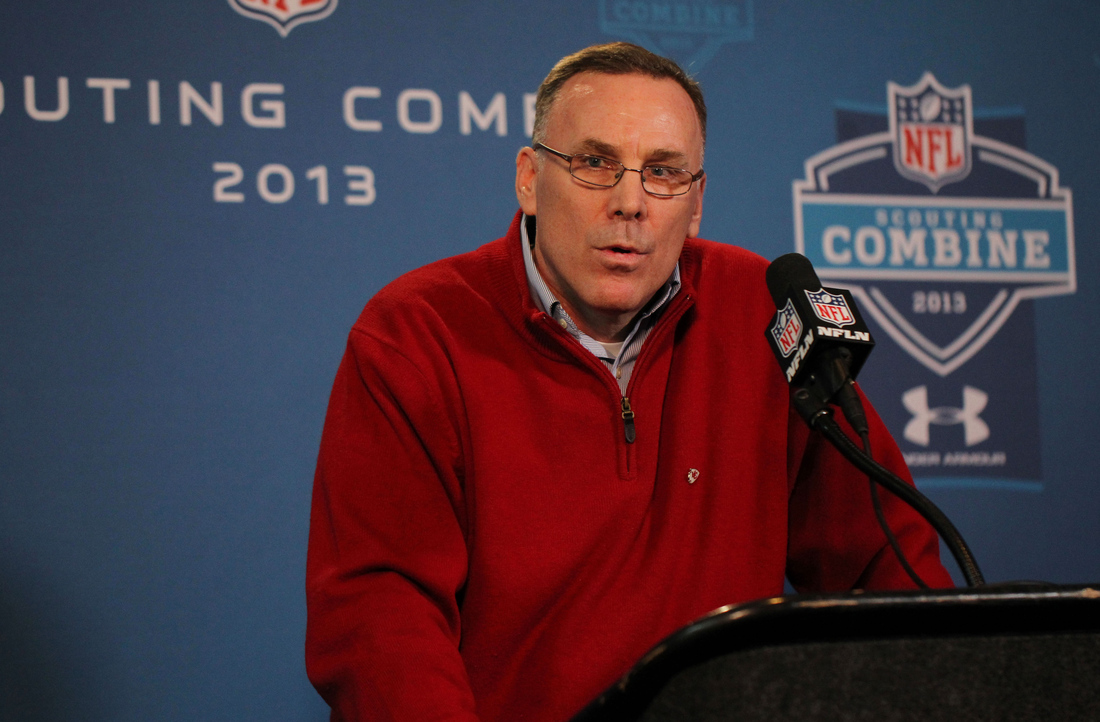 The Chiefs made the trade -- unofficially -- and Alex Smith began his goodbyes. 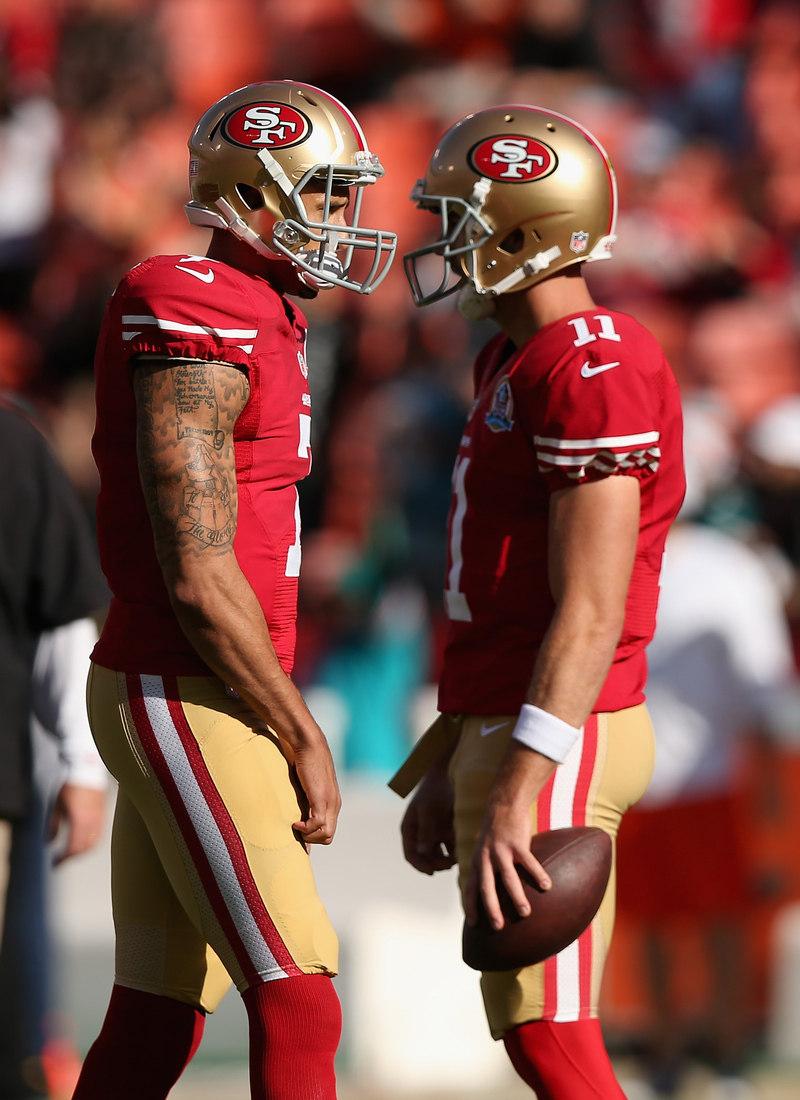 Super Bowl team to a two-win team. Maybe they had to push him out of there. 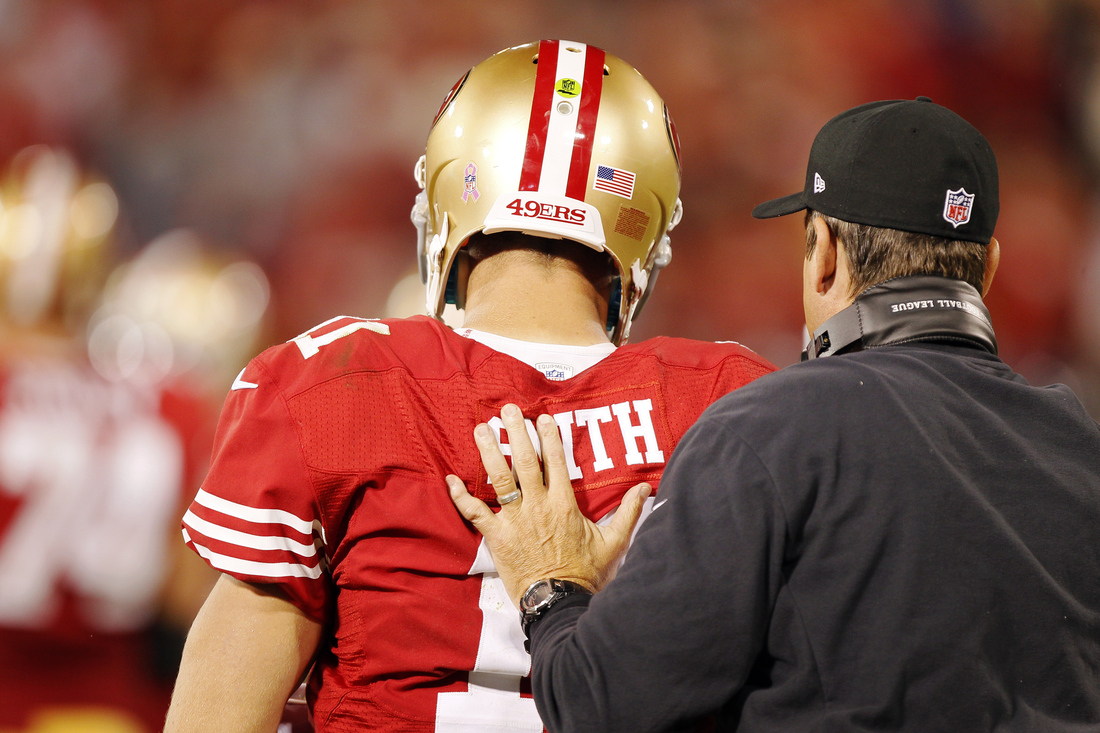 Up next: Alex lands at Arrowhead (minus the whole Tamba Hali sacking him part). 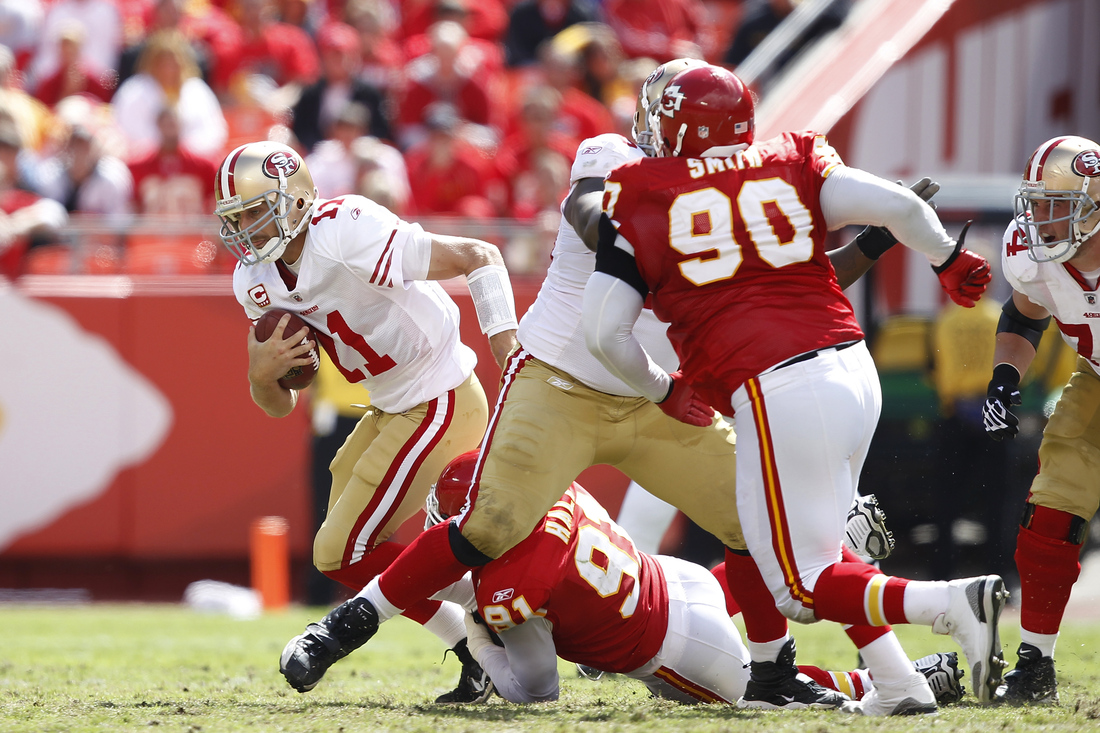