Brady Quinn is not expected to be back in Kansas City. Quinn will be a free agent on March 12 and, according to a report, he will have interest from the New York Jets. The Chiefs just traded for Alex Smith but Quinn's exit was likely coming anyway.

The Kansas City Chiefs only signed Brady Quinn to a one-year contract last season which means his contract is soon expiring. On March 12, Quinn will hit free agency and he likely won't be coming back to Kansas City. Because he's a quarterback he'll probably have options on where he can play and one of those places, according to ESPN's Chris Mortensen, will be the New York Jets.

More: Everything we know about Alex Smith List of Chiefs free agents here

Mort reports that new Jets quarterbacks coach David Lee is familiar with Quinn and likes him a lot. Quinn would be joining Mark Sanchez and the rest of the Jets quarterbacks. As PFT points out, Lee is a bigger Quinn fan than perhaps even me. Two years ago, he said of Quinn: "I'm going to tell you this right now: Brady Quinn has a stronger arm than both the Manning brothers. No question. I worked them all out."

That Jets quarterback list wouldn't include Tim Tebow, who many suspect will not be a Jet next year whether that comes via trade or release.

Longtime readers of the blog know this news is difficult for me to process. My love affair with Brady Quinn appears to be ending. Brady Quinn was going to be a star and I was the only one who knew it. For those who don't know, back in the 2007 NFL Draft, Quinn was my guy. He was going to be the next great quarterback But the damn Browns somehow, someway swooped and in and stole him the pick before the Chiefs.

Five years later, I was just a liiittle wrong about Quinn. Little did I know that a few years later he would be coming to the Chiefs on a a one-year contract, let alone one signed in May. And then starting for the Chiefs. (The second best win of the season was Quinn beating the Panthers!) 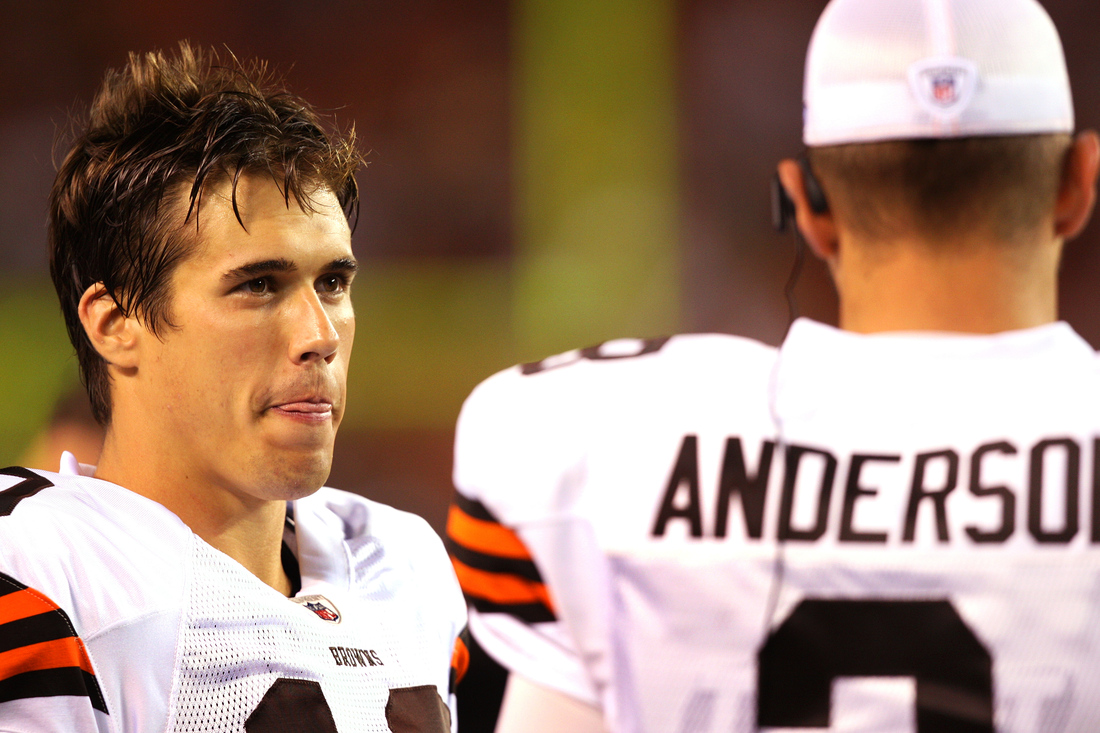