Chiefs vs. Redskins 2013: 5 questions with the enemy

The Kansas City Chiefs look to stop a three-game skid when they face the Washington Redskins at FedEx Field.

Share All sharing options for: Chiefs vs. Redskins 2013: 5 questions with the enemy

1. Name one Redskins player on defense the Chiefs will have to watch out for.

Well, it won't be the home crowd. Sadly, Redskins games the last six plus years have been a healthy mix of opposing fans and Redskins fans. Tickets for this week's game are on Stubhub for a measly $8 now that the Skins are mathematically eliminated (it was $6.50 last weekend to get into the Giants Sunday Night Football game).

Brian Orakpo had one of the better games of his career last week and said that he finally trusts his arm and chest enough to not play safe and protect his arm when tackling. He has torn his pec twice before. So, I'll go with him.

2. Name one Redskins player on offense the Chiefs will have to watch out for. 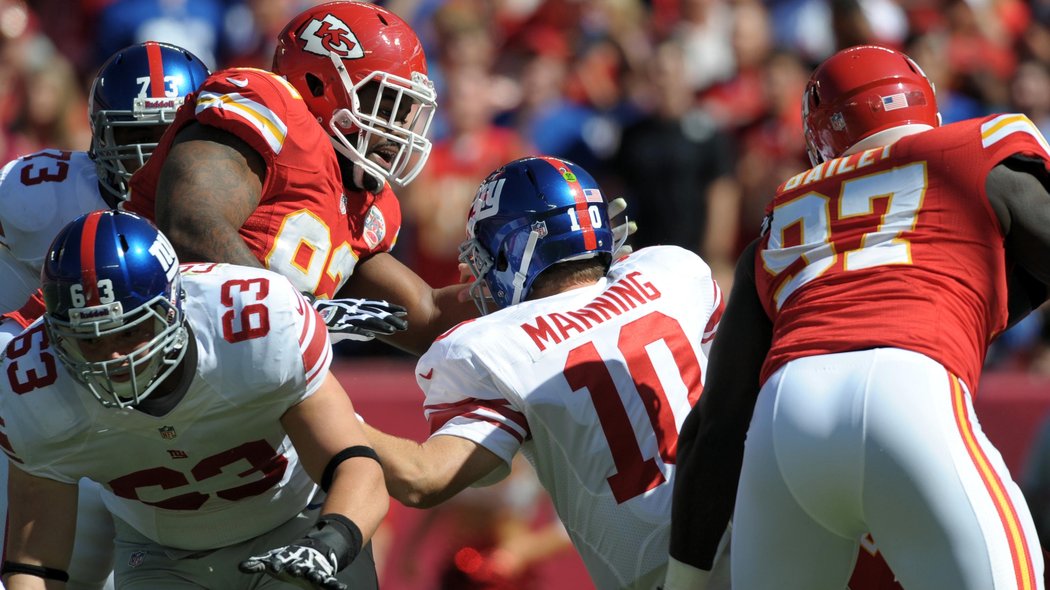 Knowing what you know about the Chiefs defense, how would you scheme against it with the weapons the Redskins offense has? Get the ball out quickly. Like, really fast. Just don't let the Chiefs pass rush ruin the game for you. That's been what others have done recently and there has been some success. No one is as good as Peyton Manning so you probably won't be flinging the ball all over the field for 400 yards but teams can move the ball on the Chiefs if the quarterback can quickly get rid of the ball. That's the key to beating the Chiefs. They become a lot more ordinary when the pass rush isn't dominating.

Most of the season I have been answering this question with Jordan Reed, but the rookie tight end has missed the last two games with concussion symptoms. I would think he'd be able to go this week, and hopefully so since he is the total package of size, speed, hands, and blocking. He truly has looked unstoppable.

Running back Alfred Morris is probably the other. Even though the secret is out on him, he still finds a way to get large chunks of yards. Every single opponent's gameplan is to takeaway Morris and force RGIII to pass, which has worked well. RGIII either throws a poor ball or a perfect pass that is dropped.

3. Is RGIII broken? What are his two biggest problems right now?

He has many "big" problems but I think his two biggest problems are receivers dropping balls and the offensive line not giving him adequate protection. The Redskins o-line was not built to hold blocks for a drop-back passer. Rex Grossman got killed and now so is RGIII. The o-line ranked so well last year since the Redskins moved RGIII around in the pocket and froze defenders with the pistol and read option. The Redskins want to minimize the hits he's taking, but ironically, he's arguably taking more hits now.

For anyone that watched the Sunday Night Football game last weekend, Fred Davis and Pierre Garcon had two WIDE OPEN drops that would have put the Redskins in a position to win that game in the fourth quarter. Redskins rank sixth worst with a 5.8 percent drop rate (Chiefs are fourth worst at 6.1 percent).

It's worth noting RGIII spent all of this offseason rehabbing with no preseason action, so all that time it takes to trust his surgically repaired plant leg, it's still an ongoing process. A healthy off-season away from the media drama where he can focus on game-film and reboot the offense should bode well; however, his inability to protect himself will ensure he's out of the NFL before 30. He needs to fix that.

4. The Chiefs defense has struggled recently but for most of the season they take advantage of the opponent's mistakes. Do the Redskins turn the ball over often on offense? Are they sloppy in handling the ball? Can the Redskins win the turnover battle?

For a three team win, one would think the Redskins have a horrible turnover ratio, but -2 isn't ALL that bad (18th best).

What has been murdering the Skins is that their special teams play has been a bloopers video week in and week out. The Redskins offense ranks dead last in starting field position as a result. Blocked punts, blocked FGs, poor snaps ... you name it. The Redskins have basically spotted their opponent seven points a game this season.

If anyone wants to talk about the return game, I'll put on my paper bag before addressing those stats.

5. You're the Chiefs OC. What part of the Redskins defense are you avoiding and what are you attacking?

The game plan vs. the Redskins defense is simple ... run the ball and put their linebackers in coverage. As I mentioned before, the Redskins are the worst tackling team in football. I see that first hand. In addition, London Fletcher, Brian Orakpo, and Ryan Kerrigan are all terrible in coverage. I'd create match-ups that try to get them in space. The Redskins defense has only given up six passing plays for 40 or more yards, so the short game is where it's at ... and then watch defenders dive and miss tackles.