Jamaal Charles took a step up the Chiefs career rushing ladder earlier this year as he passed Christian Okoye for No. 3 in the franchise record books. The Nigerian Nightmare was the Chiefs' feared running back in the late '80s and early '90s, and was the ideal blend of size and speed. We recently caught up with the fan favorite to see what he thinks of the resurgent Chiefs and how he spends his time these days.

Share All sharing options for: An interview with Christian Okoye on Jamaal Charles and the 2013 Kansas City Chiefs

First things first, did you catch the game on Sunday? What did you think?

Yes I did! I thought they played great in the first half, taking the ball away from Denver's offense and building an early lead. It was disappointing to see the exact. opposite happen in the second half. Don't get me wrong, I thought we played great, but Peyton Manning was Peyton Manning and that offense was superior.

If they hypothetically played a third time, given how close the two meetings have been, could the result be different?

Before Sunday's game at Arrowhead, I was thinking we had a good chance based on how the team played in Denver just a few weeks earlier. If we played them a third time in the playoffs, it could go either way. These are two good football teams playing against each other. If not for some of the tunnel vision stuff, the score could have been a little closer.

Aside from the nationally televised games, how close do you pay attention?

I pay very close attention, especially this year when they've started winning as much as they have. I've tried to watch every game, picking up on the team's strengths, weaknesses and so forth. 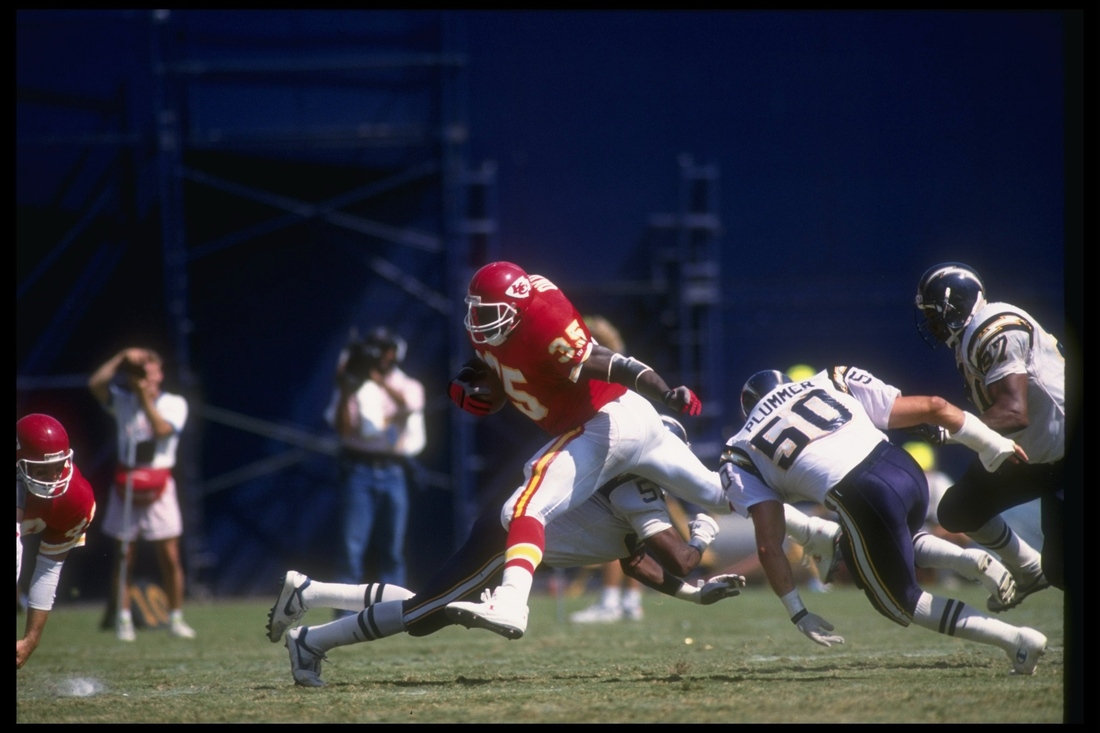 Of course. The guy had a good history for himself in Philadelphia and he knows how to approach players. He's also a very good offensive mind. I hope this is just the beginning for him.

Nine wins in the first 12 games is a great accomplishment for any team, but did you expect anything close to this just one year after selecting first in the NFL Draft?

I expected them to be better, especially when Andy Reid came on board and they traded for Alex Smith. I was excited to see them win nine in a row. Didn't see that one coming. It was funny, because someone told me to try and get tickets for the Denver game [in Denver] and the secondary market was up to $1,000 a ticket or so. It was just like a Super Bowl ticket.

Has Jamaal surprised you this season, or did you feel like he could play at this level?

This year doesn't surprise me. I knew he'd be there. He actually surprised me last year coming back from the injury and playing as well as he did. Watching Jaamal, even though he's a smaller back, what he's done is such a big part of the team's offensive success. I've become a big fan.

The Chiefs have a rich recent history of great running backs. Certainly you had some amazing seasons. Priest Holmes. Larry Johnson. Now Charles. What does it mean for you to be a part of that line?

It makes me feel good. It reaffirms the work that you put in and makes you feel like you've accomplished something.

Is there something to it? The atmosphere? The BBQ? Why has there been this lineage of success?

The atmosphere has something to do with it. It gives you that extra oomph as a player, which is why I thought it would be hard for Denver to go in there and win on Sunday. The fans in that stadium are just incredible. They are so into the game, they know how to have fun ... and they know how to eat! 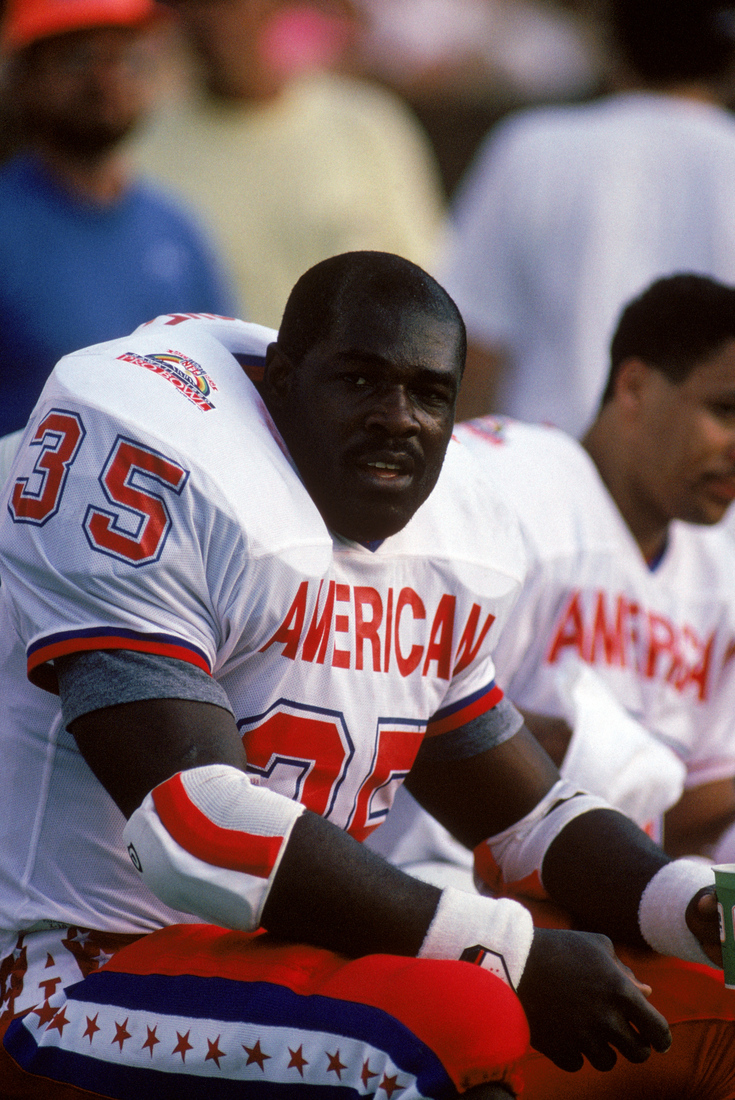 Where do you think you'd fit in with today's style of play?

You know, I think I'd fit in pretty well. You still need to run the ball and keep it away from the other team's offense. When the running game is in question, that's where even very good offensive teams have trouble. Even though someone like Peyton Manning is throwing the ball well, Denver can still hand off to Knowshon Moreno and that helps their offense.

The subject of player safety and concussions continues to be a major talking point for former and current NFL players. What about your own history of concussions or taking hits? Do you remember taking some bigger hits?

I remember a bunch of hits that I took. Though I'm torn, because football is a dangerous game and you know those hits are going to come. I think what the league is doing now is the right thing to protect players. They can always do more, but they're doing a good job so far.

I remember a bunch of hits that I took.

Do you believe the deal reached between the NFL and former players was a fair deal?

It's just a drop in the bucket. It should help, as will the new healthcare regulations, in easing the financial burden for former players. A lot of guys lost a lot just trying to stay alive. Many would have to pay out of pocket because they were denied insurance due to preexisting medical conditions suffered on the football field. This settlement will help.

I know your foundation does a lot of work around sports clinics and youth football. Have you seen more concern from parents as a result of concussions being in the news?

Yes, I get questions all of the time. Things like, 'How old do you think my kid has to be before playing football?' I usually say, 'If you feel comfortable that he's going to be safe, put him in and make sure he has a good coach.' I try and address it as well as I can. Parents have a lot of questions and they're worried about what's going on.

Tell me about some of the other things you've been up to.

I'm proud to say that my foundation, The Christian Okoye Foundation, has been going strong since 1990! I founded the California Sports Hall of Fame in 2006 and we inducted Joe Montana, Greg Louganis, Tony Gwynn and FloJo earlier this year. It's been a great way to connect many of the biggest sports names under one roof for a good cause. Both organizations work with underprivileged and at-risk Jaayouth, hosting free clinics and promoting personal development through sport.

Christian Okoye is available for personal appearances, game experiences and other opportunities through Thuzio. Eric Berry, Sean Smith and other Chiefs players are also available.