The Kansas City Chiefs first playoff game since the 2010 season will come against the Indianapolis Colts, who just beat the Chiefs in Week 16. Read on for information on how the game time and TV schedule for the game, the Chiefs playoff history and more information on Kansas City's return to the postseason.

The Kansas City Chiefs playoff party begins in Indianapolis with a game against the Colts.

The Chiefs lost to the San Diego Chargers today in a game that wasn't of any consequence for KC's seed. But in the other games with playoff implications, the Bengals beat the Ravens, the Colts beat the Jaguars and the Patriots beat the Bills.

Thanks to those results, the Chiefs first round playoff opponent is the Indianapolis Colts. As the No. 4 seed, the Colts will host the Chiefs, who are the No. 5 seed. 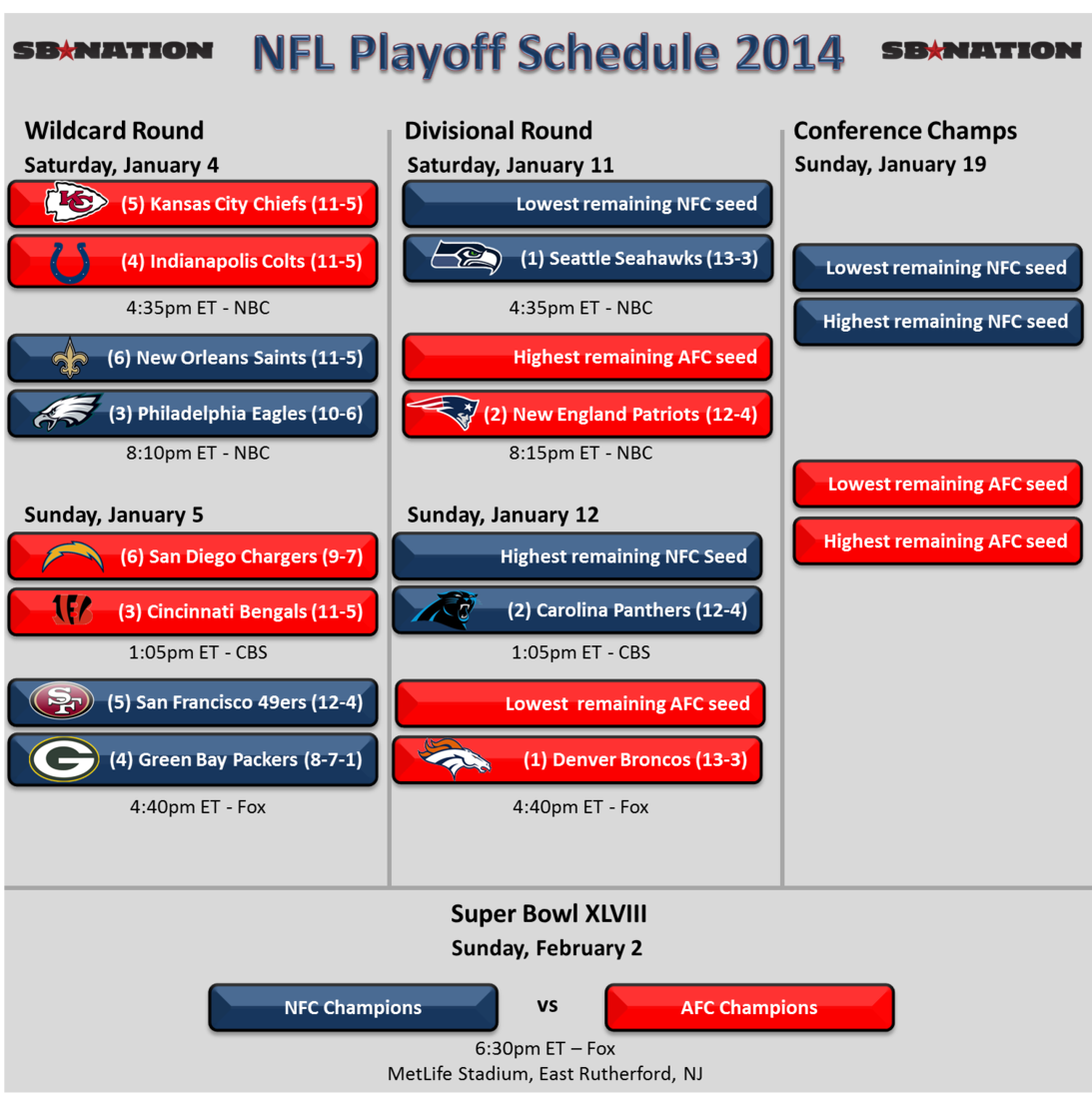 The rest of the playoff schedule:

The Colts visited Arrowhead just a couple of weeks ago. See our coverage of that game here.

The Chiefs went 11-5 this season, the same record as the Colts. Indianapolis beat the Chiefs 23-7 in Week 16. Read our coverage of that game here.

The Chiefs are 0-3 all-time against the Colts in the playoffs. KC will be attempting to break a seven game NFL playoff game losing streak. The Chiefs will also be trying to break the third longest active postseason victory drought in the NFL.

Here's a quick look at the Chiefs' playoff history:

Back in early December, we asked readers who they would most want the Chiefs to play in the first round. Looks like fans got their wish: