Kansas City last night received anywhere from 2-5 inches of snow, according to multiple weather reports. This is also according to what I see out in my front yard. I didn't get five inches but I did get a nice chunk of snow.

The picture below is of the railing on my front porch, for perspective on how much it snowed.

I'm headed out of the house shortly but judging on the pictures below I'm not expecting many problems within the parking lot itself. 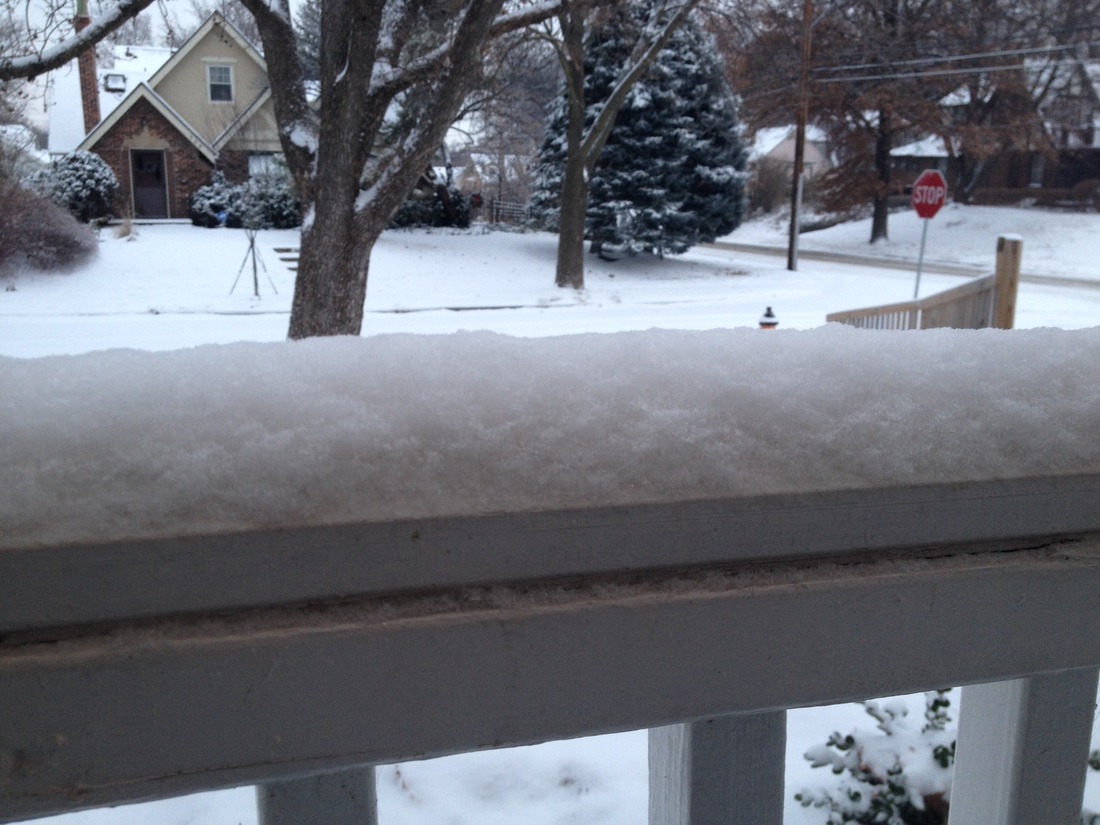 Get ready #Colts #Chiefs fans ... Cold and wet where you sit at #Arrowhead ! pic.twitter.com/rsvQ2KgEmE

Winter wonderland in KC. About to depart for Arrowhead. Go @KCChiefs! @ArrowheadPride pic.twitter.com/vKtAqwGdix

Digging the truck out of the driveway at 5am with over 12"+ snow to get to Arrowhead! #ChiefsNation @ArrowheadPride pic.twitter.com/QEBwPT2Hbb

@ArrowheadPride damn weather has stopped me from making it up to KC. Better get a home game and not let my playoff deposit go to waste!

@KCChiefs @ArrowheadPride @ArrowheadAddict A 4 hour treacherous drive from #Winfield, KS. Will not stop me from seeing the last home game!