The Kansas City Chiefs are making me a believer

Despite the loss, something took place in Arrowhead Stadium last night that makes me thrilled.

Share All sharing options for: The Kansas City Chiefs are making me a believer

I'll admit, I was skeptical even at 9-0. Now, after three straight losses including a pair to the Denver Broncos that have all but assured the Kansas City Chiefs a Wild Card spot, I actually feel better.

After the San Diego game, I felt the offense only looked great because of its opponent. After this loss, I now can see the offense is simply becoming much more dangerous. Despite losing, Alex Smith made me a believer. His throw on third and 14 from his own end zone, under pressure, to A.J. Jenkins was all-world. Nobody on this Earth could have made a better play.

Ditto for the next throw to Dexter McCluster. Smith had to fit that ball between two safeties and tight coverage by a corner and did so magnificently. If this is the Smith the Chiefs have going forward, I really like the Chiefs chances home or away.

Of course, it is not just Smith. We all know the play of Jamaal Charles is consistently great, but it is the offensive line which is becoming a force. Did anybody notice the job done by Von Miller yesterday against Kansas City? Me neither, because Donald Stephenson, Branden Albert and Eric Fisher kept him quiet throughout the game.

Did anybody notice the job done by Von Miller yesterday against Kansas City? Me neither.

The game was not without it's warts, but the progress being made by this team, even in defeat, is undeniable. If the Chiefs played the way they did yesterday against the lesser teams they faced earlier this season, they would have won by 30 points.

The key now is to recalibrate and brace for the playoffs. Get healthy, get better, and get ready. Over the next four weeks, I want to see a curb-stomping of the Washington Redskins and Oakland Raiders. Kansas City is vastly superior and it needs to show. Prove to me you can repeatedly bury bad teams with an all-around performance.

Andy Reid, the day after 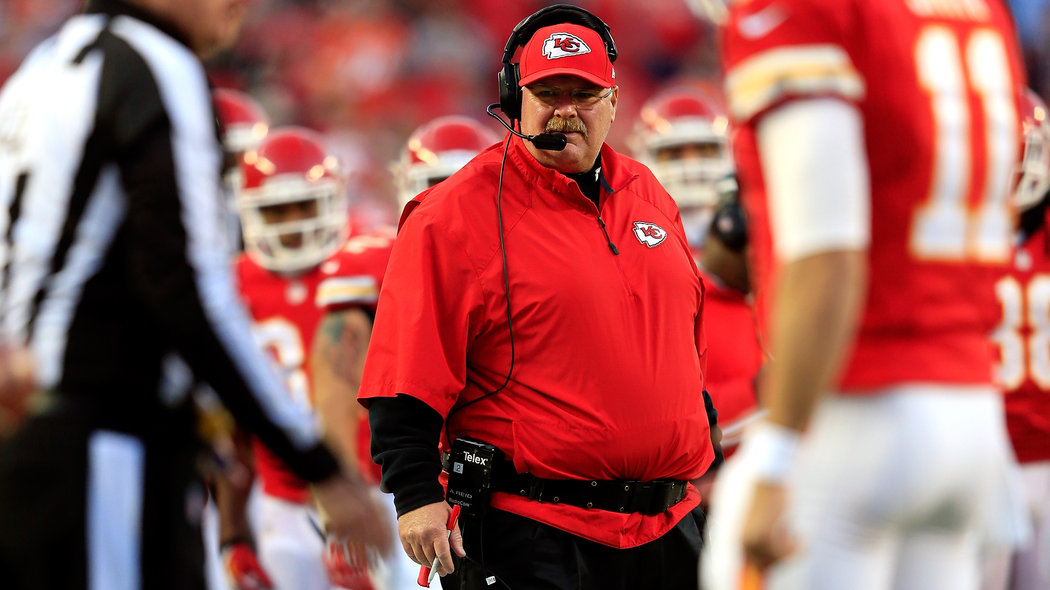 All that said, this defense needs to make some serious adjustments. I've long defended Kendrick Lewis, but he and Quintin Demps absolutely massacred the Chiefs yesterday. Multiple times, both were either late or completely forgot to cover over the top. Against Peyton Manning, that is a guaranteed death sentence.

The defense also needs to create a pass rush again. Without Justin Houston it is certainly more difficult, but it needs to be overcome until he returns. Giving a great quarterback all day to throw is again, a death sentence.

Count me as one guy who desperately wants one more crack at Denver.

As for Marcus Cooper, he is a rookie. The kid was a seventh round pick who caught on with the Chiefs during the first week of the season. Did he get torched yesterday? Big time. Still, he's a kid learning on the job. I can't say the same for Lewis and Demps.

Overall, I'm amped up going forward. Yes, the Chiefs are going to have to go on the road in the playoffs and likely beat the Cincinnati Bengals or Indianapolis Colts in the Wild Card round. I believe they can do it provided the defense rounds back into form. Hell, if the defense plays well I expect them to do it.

Why? Alex Smith is starting to seriously emerge. Count me as one guy who desperately wants one more crack at Denver.