Colts-Chiefs game could be cold and snowy

You can expect it to be very cold in Kansas City on Sunday when the Colts come to town. It could be snowing, too.

Share All sharing options for: Colts-Chiefs game could be cold and snowy

It's a beautiful day in Kansas City today as temperatures are expected to rise as high as 60 degrees. In December. Yeah, that's crazy.

When the Kansas City Chiefs line up to play the Indianapolis Colts on Sunday, the weather may not be so nice.

According to Weather.com, it will be cold, and it could be snowy, too.

KMBC.com offers up a similar prediction. 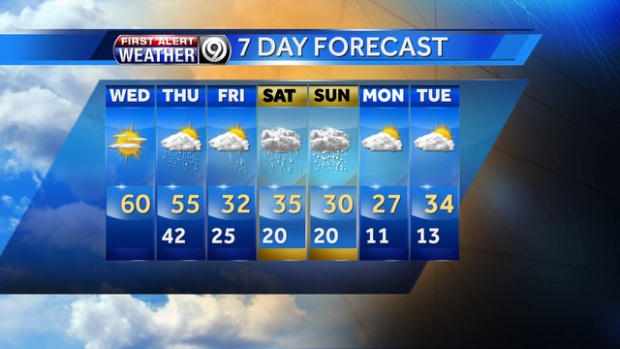 My initial reaction is that snow will make it more of a defensive game with less scoring but the snowmageddon games two weeks ago, one of the highest scoring weeks in NFL history, showed us that snow doesn't necessarily keep the score down.

And it may not even snow. We're still five days out from game day so the forecast could change.