Jamaal Charles and the Chiefs had plans for a 6th touchdown

Kansas City Chiefs RB Jamaal Charles ended the day with five touchdowns, one away from tying a long-time NFL record. The Chiefs had plans to get him the sixth touchdown but it didn't happen.

Share All sharing options for: Jamaal Charles and the Chiefs had plans for a 6th touchdown

Jamaal Charles sat for much of the fourth quarter as the KC Chiefs put up a huge lead on the Oakland Raiders. Jamaal's day ended when he had five touchdowns, one shy of the NFL record six touchdowns in a game.

How close was he to another one?

"I was ready to go back in the game," Jamaal said after the game. "If we would have broke one, Knile [Davis] was going to knee at the 1-yard line and they were going to let me go in."

Oh man. I hope he is serious about that (he had a smile on his face when he said it). That would have been too cool.

"It didn't happen though," Jamaal continued. "Everything happens for a reason."

'Probably the best game of my career'

'I don't know how anyone can be more valuable'

'I don't know how anyone can be more valuable'

On the third-and-long touchdown

"I thought I was gonna get hugged on screen plays and then I saw nobody on me and I was like, 'I gotta go.' The third and long one, it was a screen going to the other side. The other guy was hugging me, he got caught up on the line. I think that's how I got so free, I started on one side and went to the other side."

Wiping the haters off

"After I tore my ACL, I just came up with a thing, every time I touch the ball, I'm going to wipe the haters off me. People said I would never come back from his ACL, he won't be the same. I make sure I wipe it off for those who doubted me, and I try to wipe down my ACL to let them know you got the haters out there. That's a thing I came up with but I hope I can keep wiping it down." 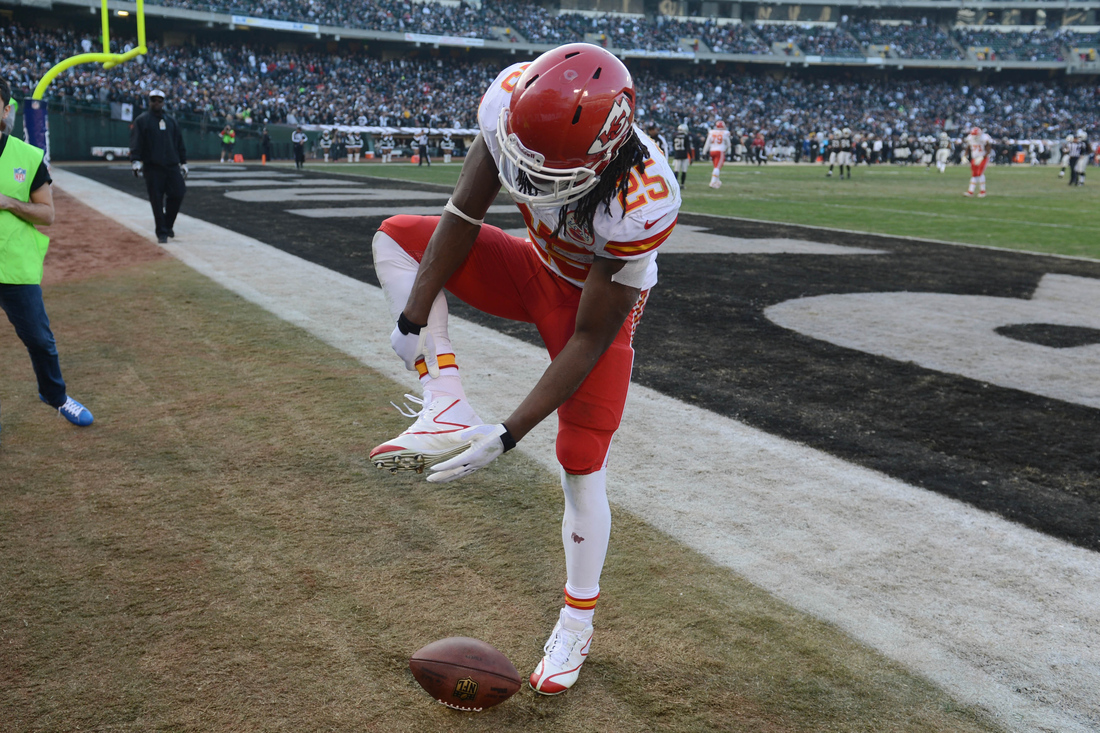 On Alex Smith and the offense

"It's been fun playing with Alex, a quarterback that can run the ball and take the pressure off of me. He motivates us so much in the huddle. We need a quarterback like that to lead us through the way. Alex has been doing it the whole year. The offense has been doing great. We've gained so much confidence in the last four weeks we feel like we can put points on anyone we play."

"Some people find their peak at the beginning of the season, some people find it at the end of the season. I'm known as a player, as the season goes on, I get stronger and stronger. I just want to continue to do that and stay healthy because a big part of this team depends on me. Once I'm healthy, this offense can go a long way and this team can go a long way. Just take care of my body, and hopefully we can keep doing."