What the Broncos loss means to Chiefs and AFC playoff picture

Examining the fallout from the Chargers 27-20 victory over the Broncos on Thursday night.

Share All sharing options for: What the Broncos loss means to Chiefs and AFC playoff picture

The Denver Broncos Thursday Night Football loss to the San Diego Chargers has thrown a wrench into what we thought would happen with the 2013 NFL playoff picture and the AFC West specifically. We thought the Broncos would probably win out or clinch the division title by Week 16 and then rest starters in Week 17.

Obviously that's not the case.

Related: WSUChiefsFan on Chiefs path to the No. 1 seed

The race for the AFC West title has now gotten a little more interesting. The Chiefs and Broncos now both have three losses, with the Broncos having already played this week and the Chiefs traveling to Oakland. The Broncos hold the tiebreaker over the Chiefs after beating them twice already this season, which is an important factor here. That means that the Chiefs really need to be up one full game on Denver to win the division, not just tied with Denver hoping for tiebreakers.

Chargers pull off the upset in Denver 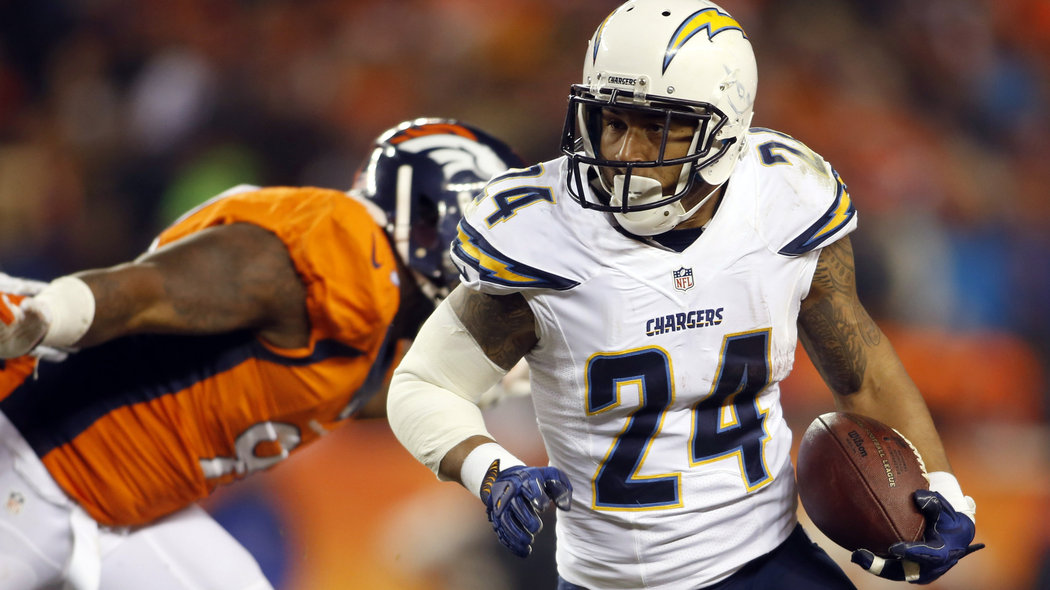 So we're hoping the Broncos lose one of their final two games and that the Chiefs to win their final three. If that happens, the Chiefs win the AFC West. The Chiefs can clinch a playoff spot this weekend by beating the Raiders or a Ravens loss or a Dolphins loss.

Winning the AFC West would potentially give the Chiefs a first round bye and a home playoff game which ... well, that's a big freakin' deal. Huge deal, especially for this Chiefs team, because plenty of people believe the Chiefs can compete with anyone at Arrowhead (as evidenced by having the ball on the goal line, down a touchdown, against the NFL's greatest team ever. I mean the best team this year. Err, the best team that week. The Broncos.)

What the Broncos loss also means is that the Chargers are in position to make a playoff run. They're 7-7 with two home games remaining -- Oakland and Kansas City. The problem? They're going up against two teams -- the Dolphins, who beat San Diego already, and the Ravens, who have a better conference record. The Chargers need to win out and hope both Miami and Baltimore go 1-2.

One more thing this loss could affect: The Broncos home-field advantage. They may still get a first round bye but now the Patriots have an opening to win out and secure the No. 1 seed due to having already beaten the Broncos head-to-head (that glorious comeback in New England).

Chiefs fans would rather play Colts than Bengals 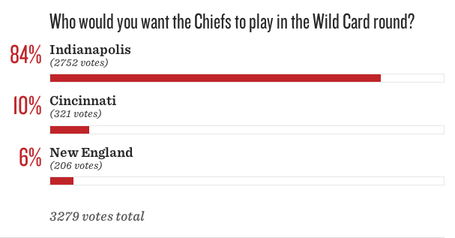 at Houston Texans
at Oakland Raiders