First off, props to MNchiefsfan for a great article on Knile Davis, which can be found right here. I for one have been extremely pleased to see the progress that Knile Davis has made as a Chief. With his measurable attributes (size, speed, etc.) and steadily improving grit and prowess, Davis has the potential to be one of the best young running backs in the league. Not bad for a third-round pick. He may remind you of another third-round Chiefs back who took the league by storm.

MNchiefsfan's main point in writing his article was that he wants to see more snaps for Davis while at the same time using Jamaal Charles to as great an effect as possible. As an intense student of the game, I immediately thought of several formations which might help the Chiefs to accomplish this objective. If Andy Reid wants to get some of his most talented on the players on the field, run the West Coast Offense, and keep opponents guessing as to who has the ball, these are some of the formations that maximize personnel impact. I managed to get some illustrations in, but I apologize because they're from MS Paint. Also, bear in mind that I don't watch game film and thus do not know whether Kansas City already uses any of these formations.

The possibilities are endless out of this formation. Basically, the tailback (Davis) is moved out of the backfield and lined up tight to the weak side of the formation in a tailback stance, becoming a wing back. At the snap, the wing back can go out for a pass, block, or cross the formation to receive a handoff. The RB in the backfield (usually Charles) can run as he usually would out of a single-back formation. As in usual pro-style formations, there are two receivers and a tight end. The main difference is moving the tailback to a wing position. 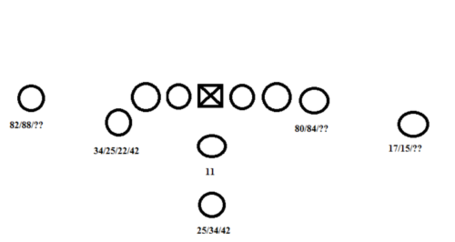 Just like the Pro Wing formation, the tailback is moved to wing back. This allows two dynamic running backs (Charles and Davis) to line up and present a variety of threats to opposing defenses. In this formation, the tight end is alone on the back side while the two receivers line up bunched together on the opposite side. As in Pro Wing, either the wing back or the RB can carry the ball as well as blocking and receiving. In all wing formations, the wing back plays multiple roles as a running back, tight end, and slot receiver. I certainly think that Knile Davis would make quite an intimidating slot man. 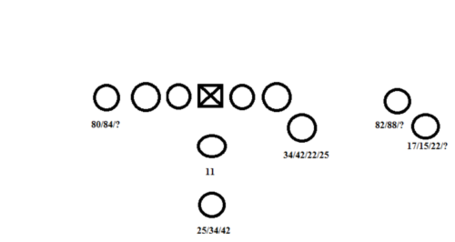 Just thinking about the Chiefs using this formation makes me salivate a little. There are two flexed ends (receivers split three or four yards from the tackles) on the line of scrimmage. Flex ends are usually tight ends moved out for pass-catching purposes, but they can be receivers of any sort depending on the situation. There are two wing backs and a RB in this formation as well. Wing option plays can be run out of this formation, which can also operate as a sort of snugged-up version of the spread quad formation. Since both Davis and Charles are both legitimate receiving threats, they can be used as slot receivers as well as runners. An extra man in the backfield means Sherman can come in to block, or Charles/Davis can play in the backfield while McCluster lines up as a wing. 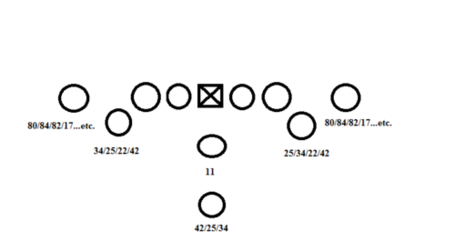 After reading MNchiefsfan's fanpost, I brainstormed a little and came up with these formations. Obviously I am not a fabulously-paid NFL coach or strategist, but I believe that if a coach had a roster like Kansas City's and wanted to maximize the impact of two stud running backs, as well as a solid cast of receivers and spare backs, he could use these formations or ones like them.

Leave your thoughts in the comments below.