What the Patriots did to stop Peyton Manning and the Broncos

Nick Jacobs ( @Jacobs71) is a producer at Time Warner Cable SportsChannel in Kansas City. He produces the Chiefs show #RedzoneKC and is on the Chiefs beat.

Share All sharing options for: What the Patriots did to stop Peyton Manning and the Broncos

When the Broncos fell to the Patriots on Sunday night, the first question that popped into my mind was how the Patriots stopping Peyton Manning and the Broncos offense. How did they stop Manning from scoring in the second half? I went back and looked at the tape. Here is what I found.

Previously from Nick: 4 things to fix on offense | On defense 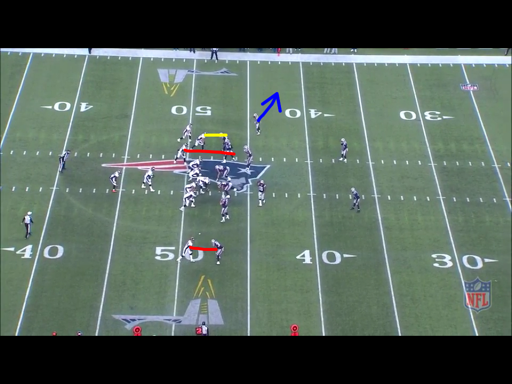 The Patriots set up a really smart coverage against the bunch formation on the left side. They left two deep, three in man coverage and a corner in zone in case the Broncos performed a rub to his side. 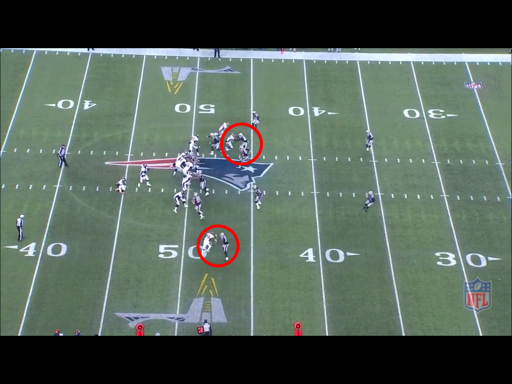 At the snap of the ball, the Broncos try a rub route and two crosses. The Patriots' Chandler Jones and Logan Ryan jam both rub routes and do not let them get free releases inside the five yards. 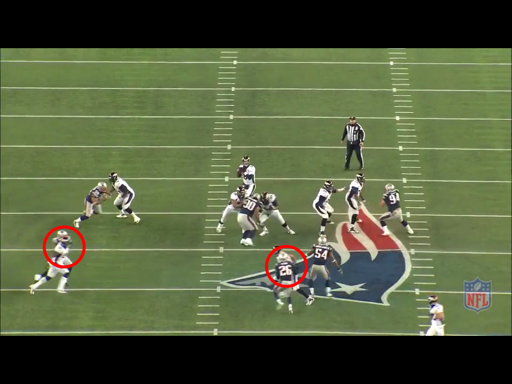 Again, Aqib Talib and Logan Ryan are still in good position against Demaryius Thomas and Eric Decker trying to run a pick. Two safeties are deep, the only thing open is the check down to Montee Ball on the bottom right. 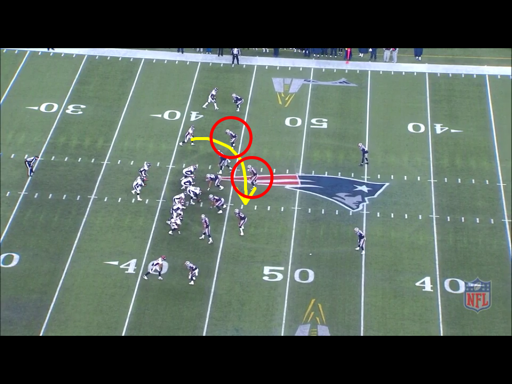 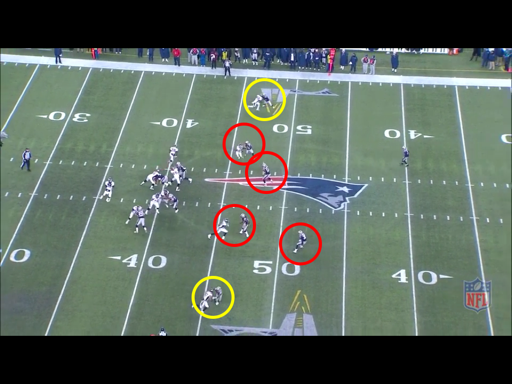 The overall shot of this defense shows that they ran zone with the corner and backer on the cross. They had a good pass off to each other. They passed the tight end off between the backer and safety. And the Patriots ran man against Demaryius Thomas and Eric Decker on the outside but the left a safety high for Thomas.

This is a really impressive blend of coverages. Manning has very minor windows to throw and little room for error. He ended up being called for intentional grounding on the play because pressure had enough time to get there. 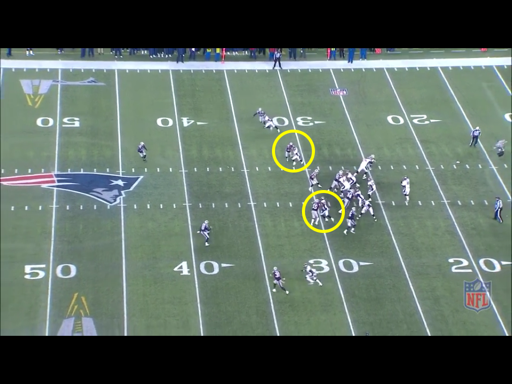 Our third example of how the Patriots defended the cross comes in the second half. The Broncos tested out the Patriots coverage again. The corner and backer both got good jams on Green and Welker to disrupt the timing of the pick. 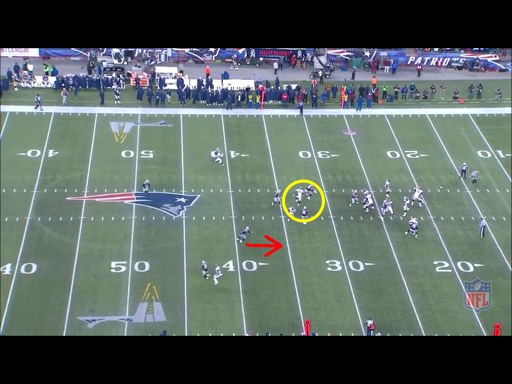 They had a three on two formed over the middle. Once the window opened up for Manning to throw to Welker, the Patriots safety was crashing down on the route to make the tackle immediately. 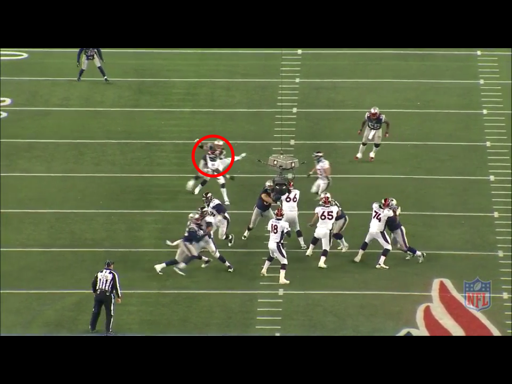 The final example is the fourth way they defended the cross. The Patriots run a zone. When Demaryius Thomas comes across the middle into Dane Fletcher's zone, Fletcher puts a shoulder into Thomas. He flies into Wes Welker's path. Welker turns and the ball is already there. He drops the pass. The Patriots ran this a couple of other times in the game. 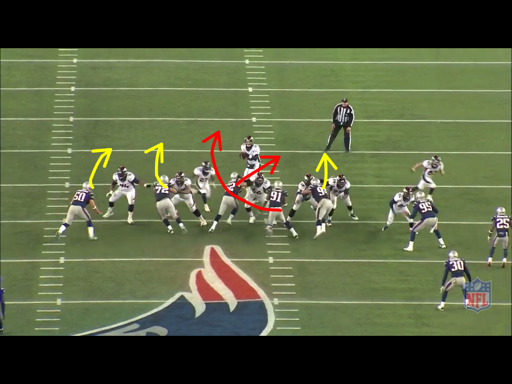 Manning spots the two backers as potential blitzers on the play. He is going to have his center and Knowshon Moreno block them. He changes his protection at the line. Fletcher and Collins are going to run a twist on the play. 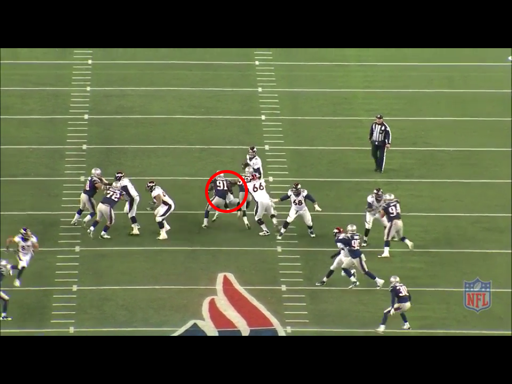 Fletcher crashes down on the centers outside shoulder and pushes him back to create the lane. Collins runs off that stunt and trucks Moreno. Manning sees the pressure coming through the A gap. He gets off his spot and fumbles the football. The Broncos are forced to punt. 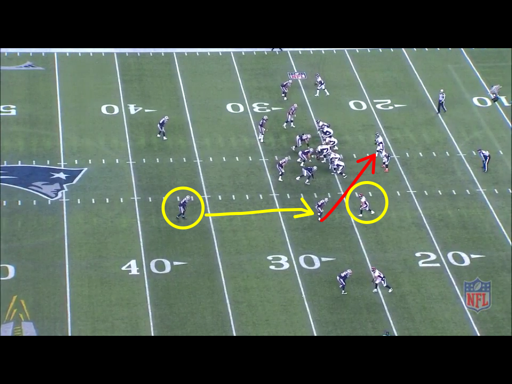 The other creative blitz I saw was a corner blitz from the nickel spot. The Patriots were in a two man deep. They showed man coverage with no hint of a corner blitz coming from the left side. At the snap of the ball, CB Kyle Arrington blitzes. Safety Devin McCourty picks up his receiver Wes Welker. 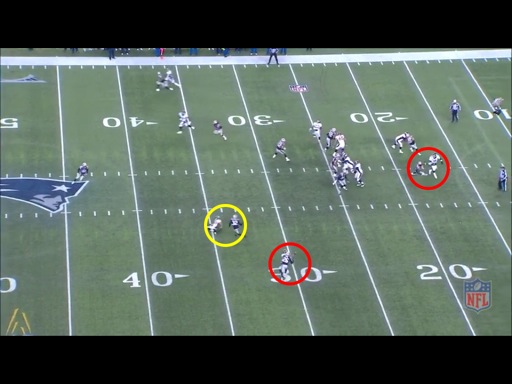 And Manning immediately looks for the in route with Eric Decker. Logan Ryan jams Decker the entire time. Manning forces the throw because of pressure and Ryan makes the interception

These were just a handful of the impressive calls from the Patriots scheme. The common theme that stood out to me is how much they made Manning work. He didn't know what they were going to run on coverages. He took a guess and half the time they gave him a different look.

The common theme is how much they made Manning work.

The Patriots were willing to blend man and zone in the same coverage. They did a great job of passing off receivers when in zone coverage. They were rarely caught out of position. They typically left two safeties deep and evenly spaced. The Patriots were willing to give up the run with Moreno to shut down the passing game. They threw in a handful of blitzes that were effective.

It is a scheme the Chiefs have the talent to recreate and execute. The question we find out on Sunday is whether they can pull it off.