NFL picks Week 10: Predicting every game for this upcoming weekend

With the Kansas City Chiefs on the bye week, we are assured of another happy, undefeated Sunday afternoon.

Share All sharing options for: NFL picks Week 10: Predicting every game for this upcoming weekend

With the Kansas City Chiefs sitting at home with their collective feet up this weekend, this picks column will feel a little more lonely.

I'll be without the usual crew of Joel Thorman, Matt Conner, NJChiefsFan, MNChiefsFan and the rest of 'em. Yet, the show must go on. So without anymore nonsense out of me, let's get to it.

As always, all our lines are courtesy of Oddsshark.com:

How is Minnesota (1-7) in primetime slots in four weeks? Of any non-winless team, is there a more boring, horrendous group to watch? I would rather watch this, on repeat, then have to endure another night of the Christian Ponder and Leslie Frazier in that crappy dome. Washington (3-5) is going to roll the Vikings.

Seattle is a weird team. At home, the Seahawks (8-1) look like the best team in football. On the road, they look like the Raiders, regardless of venue. It will be interesting to see what happens should Seattle make it to the Super Bowl. On the flip side, Atlanta (2-6) is always frisky at home.

Cincinnati Bengals at Baltimore Ravens (EVEN) 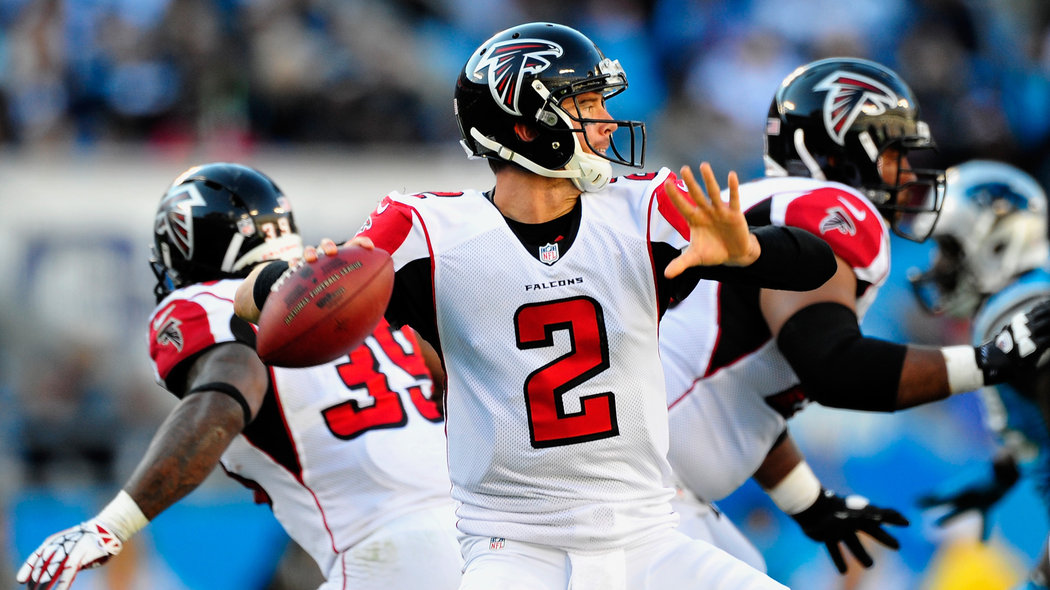 Very tough game to handicap. Cincinnati (6-3) is the better team but Baltimore (3-5) is desperate to stay in playoff contention. Problem is, Ray Rice is running like Mike Cloud. The Bengals are solid despite losing Geno Atkins, and it is tough to see them dropping two straight games against inferior opponents.

Detroit (5-3) is the flakiest team in the NFL. However, it feels like a game where Matthew Stafford makes some bad decisions in cold weather, and Marc Trestman continues to show he was a good hire. Chicago's (5-3) defense is scary bad at times, but the Lions don't much of a defense either.

This might as well be called the "Who The Hell Knows Bowl". Seneca Wallace and Nick Foles? I know Foles threw for seven touchdowns last week, but I'm not expecting that to be a repeatable showing. Green Bay (5-3) is at home and has a better defense than Philadelphia (4-5).

Indianapolis (6-2) looks like a real Super Bowl contender after its great comeback over Houston last Sunday. On the other hand, St. Louis (3-6) is brutal offensively thanks to offensive coordinator Brian Schottenheimer and quarterback Kellen Clemens. This has all the makings of a massacre.

How embarrassing is this to the Raiders? Oakland (3-5) is a nine-point underdog playing a 2-6 Giants team. Incredibly, New York is still in the race for the NFC East, with three hideous teams ahead of it. With Oakland's secondary, this could be a coming out party for Eli Manning.

The Steelers (2-6) have made their fans do plenty of this over the course of the season. It's been a rough year for Pittsburgh, but it has been a rough decade for Buffalo, who has enjoyed J.P. Losman, Trent Edwards, Doug Johnson, Jeff Tuel and others behind center. Yikes.

Tennessee caught a real break this season, getting three bye weeks. Jacksonville (0-8) is legitimately looking at an 0-16 campaign, while the Titans (4-4) are trying to take over the No. 6 seed in the AFC. Tennessee is a capable team and will be dangerous down the stretch.

This is going to be a throwback to the days when teams could actually stop one another. Carolina (5-3) has the best defense this side of Kansas City, and San Francisco (6-2) is flat out nasty. Both sides have exciting quarterbacks, but the difference is on the sidelines. Ron Rivera vs. Jim Harbaugh? Advantage 49ers.

Houston (2-6) is playing some bad football right now, but Case Keenum is showing he could be the future for the Texans. On the other side, Arizona (4-4) is playing decent but has a much more murky future with Carson Palmer behind center. For the current though, Arizona is better.

Peyton Manning and Philip Rivers will make this the most entertaining contest of the afternoon. The Broncos (7-1) and Chargers (4-4) can both sling it, and neither has a defense that believes in showing up. Speaking of which, I saw Denver's defense here the other day. Good times for those boys.

This is one of those really predictable games. New Orleans (6-2) is coming off a loss to an inferior team and now comes home to play on primetime against the worst pass defense of all-time. Dallas (5-4) is going to get absolutely plastered.

ESPN has sunk to a new low. They are actually going to televise this unmitigated disaster of a game. Does Florida boycott football after this season? Between the Jags, Dolphins and Bucs, this has to be the breaking point right? That said, Tampa Bay (0-8) is going to beat Miami (4-4), bank on it.