Start me up: Denver Broncos vs. Kansas City Chiefs

Ryan Scott Hall's (@ryanscotthall) weekly piece Start Me Up takes on a different tone this week as the Chiefs look forward to the familiar Broncos.

Share All sharing options for: Start me up: Denver Broncos vs. Kansas City Chiefs

As far back as I can remember, every Thanksgiving dinner my family does that thing where we go around the table and everyone talks about what they're thankful for. Typically I resort to silly stuff like "my cats" or "this remarkable feast" or "red-headed women" ... but this year all of my thanks were directly attributed to the Kansas City Chiefs.

I took some time earlier in the week to review the Thanksgiving Special that we did on Amateur Hour last year -- an episode in which we wasted five human minutes clamoring for Ricky Stanzi to start against the Broncos. The team was 0-5 at home at that point and just when we thought it couldn't get any worse, an unthinkable tragedy struck our franchise merely a week later.

It's been a dramatic turnaround here in the city of fountains. Through regime change and roster turnover, 12 months later we're fighting for the top seed in the AFC. There is much to be thankful for.

Everything I read, everything I write -- all of my free time is dedicated to this football team. Even quirky things like the temperature in my car (82) and my standard microwave intervals (11, 25, 56, 91) are set that way simply because I'm a superstitious Chiefs fan.

When I started hearing that people were down on this team -- this week, especially -- I began to lose my composure. Apparently, starting the season with nine-straight wins doesn't surmount two-straight losses for a large number of Chiefs fans.

NEWSFLASH: The Chiefs are one of the best teams in the NFL.

There's no debate to be had here, my friends. The narrative about being the worst 9-0 team in league history is long gone. The Chiefs have validated the talking heads by losing two-straight games ... but guess what -- still tied for the second best record in football. Pretty slick, huh?

Only now, the Chiefs have the ability to sneak-up on our competition again.

Hali in, Houston out 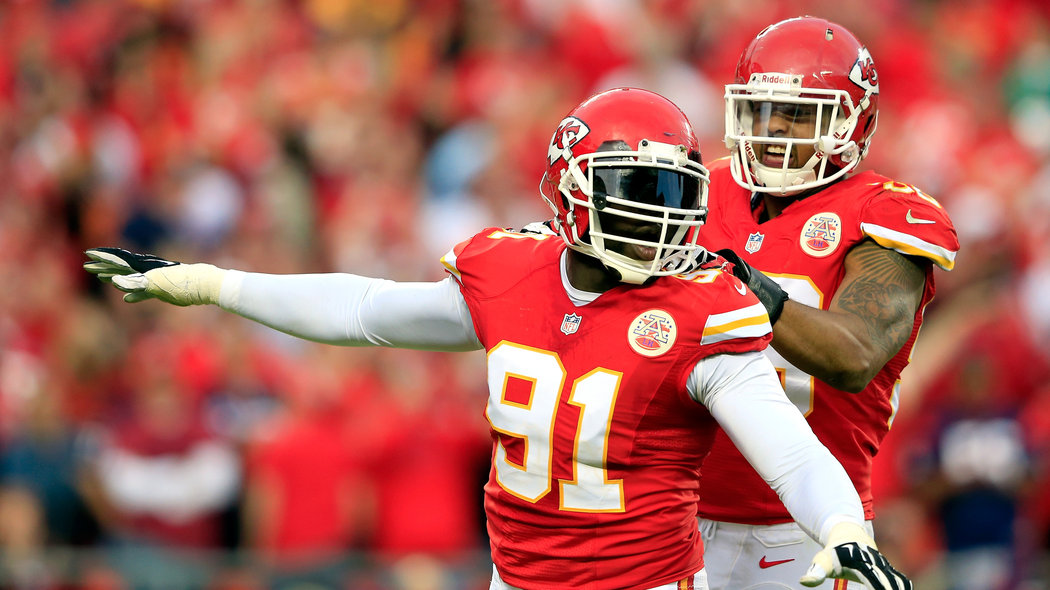 Do yourself a favor and listen to the way the Chiefs are described by the national media leading-up to Sunday's kickoff. They will certainly be "outmatched" by a Denver team that's limping into the most difficult road atmosphere on the planet. The Chiefs defense will be "suspect" without Tamba Hali and/or Justin Houston. The 38 points the Chiefs scored against San Diego will be an aberration that came in a losing effort.

If ever there's been a more vulnerable team than these 2013 Broncos, I'd love to know. Peyton Manning is one of the most rarely talented people in human history, but even Manning's magnificence has its limits.

Something being tossed around this week: Has the Chiefs defense been figured out?

Of course there's some truth to that. They've played 11 games... naturally the opposition is starting to adjust. You know who else looks like their best football could be behind them? The Denver Broncos.

Here's what they've done since they lost to the Colts in week seven:

You know who else looks like their best football could be behind them? The Denver Broncos.

You see what I did there? Empirical evidence supports both arguments, but really it's just the natural order of things. We knew the Chiefs weren't going to hold every opponent under 17 points, just like we knew that Denver wasn't going to put up a 40-burger every week.

One of the unavoidable holiday clichés is the phrase Tis' the Season ... well, you're damn right it is.

A win on Sunday puts the Chiefs in the driver's seat for Arrowhead Advantage throughout the playoffs. It won't be a certainty quite yet, but hot damn it'll be so close you can taste (the barbeque).

What better team to face-off against with such tremendous ramifications on the line? Wouldn't you rather stick it to Denver than anyone else? A bitter, divisional rivalry against the kind of QB Chiefs fans always wanted. The Broncos are all-in and not only can the Chiefs stunt their Super Bowl chances, we'll they can propel back to the top of the AFC standings.

A win on Sunday puts the Chiefs in the driver's seat for Arrowhead Advantage throughout the playoffs.

This Kansas City Chiefs team deserves to be believed in. The coach and quarterback were rejected by their former franchises just a few months ago. Defense leads the way in this town -- a philosophy that hasn't been truly embraced by the rest of the NFL for a decade or more.

The Chiefs are defying the odds, so why stop now?

Look, I've never been a huge rah-rah guy ... I don't know the first thing about pumping-up a fan base before big games. I guess what's come as such a surprise to me is that Chiefs fans need to be stirred right now. Even the great Joel Thorman has picked the Chiefs to lose on Sunday -- something I never thought I'd see happen.

For those of you attending Sunday's game, I would like to deliver a message:

Part of the coolest thing about sports in this regard is that you actually have an effect on the outcome ... you can actually have an effect on the game, especially in this stadium. You go out there and you have a responsibility to the team. You can give something back. You have the chance to give something back to your team in the biggest game since ... the biggest game in a really long time. This is a call to arms. The Chiefs have had to fight and scratch and claw for every win this season and Sunday will be the toughest test yet. Show your love and appreciation for the Kansas City Chiefs by sacrificing every last vocal cord and every ounce of energy you can possibly muster. I promise there will be a point in the game where they need each and every one of us -- and we owe it to them to do our part ... because we love this team. 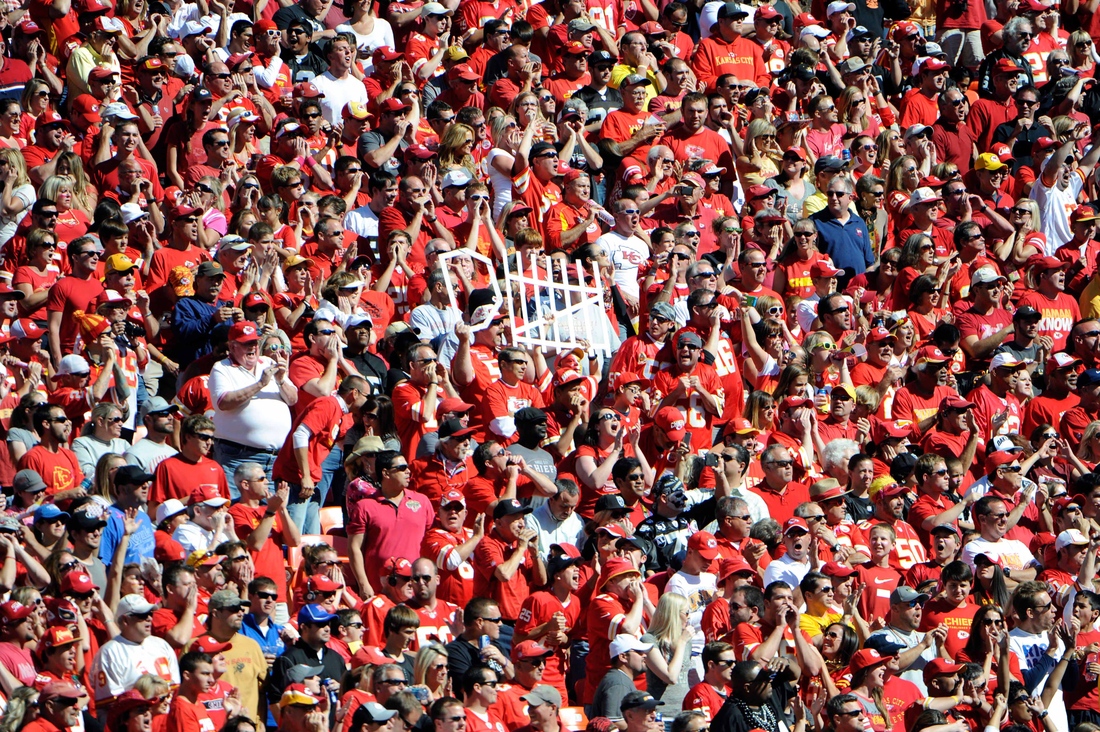 Sunday's game at Arrowhead will likely be the defining moment for the 2013 Chiefs. A win solidifies Kansas City among the NFL's elite teams, while a loss will likely seal their fate as the fifth seed in the AFC with a seemingly insurmountable playoff mountain to climb.

If they were to lose on Sunday, there's still some good news on the horizon: as discussed with Nick Wright on this year's Amateur Hour Thanksgiving Special, the five seed isn't looking as bad as we once thought. The most probable scenario has the Chiefs traveling to Cincinnati in the Wild Card round to square-off against a wildly inconsistent Bengals team.

If they were to lose ... the five seed isn't looking as bad as we once thought.

Depending on how the seeding shakes out -- you know who the Chiefs could be playing in round two? The Denver Broncos, for the third time this season. I (for one) kind of love that idea. It's certainly not the worst consolation prize in the world.

Normally I'm a big stats and information guy -- Start Me Up has a very specific layout and aims to introduce you to the week's opponent. Well, you all know the Denver Broncos by now. You know how good they can be, but you've also seen them lose a couple times this season. The Chiefs are more than capable of defeating Denver. It's not going to take an "Any Given Sunday" type of effort to win. The chips are not stacked against the Chiefs. Don't let Peyton Manning's staggering statistics cloud your confidence. This is Kansas City. This is Arrowhead Stadium --- the loudest venue in the WORLD.

It's time to put the rest of the AFC on notice. The road to the Super Bowl goes through the Sea of Red.

If anyone wants to come party with HisDirkness and I (among others), just reach out on twitter and we'll let you know where the tailgate is. It's going to be a great day for the Red Team - come join us.