Chargers vs. Chiefs 2013: 5 questions with the enemy

To prepare for Sunday's San Diego Chargers-Kansas City Chiefs game, we spoke with John Gennaro of Bolts From The Blue. Read on for our Q&A on Sunday's game. More reading: 5 questions with AP | Chargers-Chiefs odds | Complete game coverage

Share All sharing options for: Chargers vs. Chiefs 2013: 5 questions with the enemy

1. Name one player on offense the Chiefs will have to watch out for.

Ladarius Green, who might be the BFTB mascot at this point because we've been pushing for him to get more snaps/targets since preseason.

All things being equal, Green should probably be the Chargers starting tight end right now. Antonio Gates, who was a poor blocker to begin with, has become an abysmal blocker. While he was once the most dynamic receiving tight end in football, possibly football history, foot and toe injuries (along with age) have caused Gates to lose a step or two. At this point, he's a great receiver on plays of five yards or less. Gates can keep the linebackers and safeties planted and watching the middle of the field, but Ladarius Green is the one everyone should be afraid of.

He is the single most dynamic player in this offense because nobody can cover him 1-on-1.

Green is 6'6 with plenty of speed and sticky hands. He's basically Malcom Floyd, whom the Chargers lost for the season in Week 2, except he also might be the best blocking tight end on the team. He is the single most dynamic player in this offense because there is nobody that can cover him 1-on-1. After we've screamed about it all season, Green is finally starting to get a few plays drawn up for him. He finished as the team leader in catches and receiving yards against the Dolphins last week and it wouldn't shock me to see him do it again this week.

2. Name one player on defense the Chiefs will have to watch out for.

What defense? The Chargers have the worst defense in the league for a reason. There is absolutely, positively, no talent on the defensive side of the ball.

A fence-sitter's guide to Alex Smith 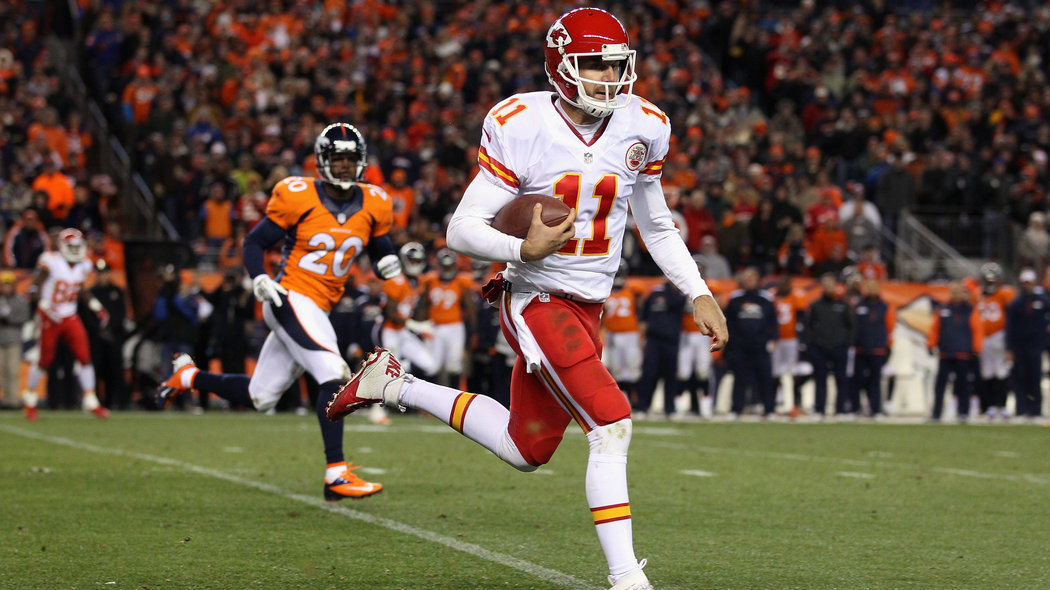 Melvin Ingram tore his ACL in minicamp and might be back for the final 3-4 games of the season, but won't be around for this one. Dwight Freeney was great for a few weeks before his legs exploded and now he's gone for the year, too. The defensive line, which was great at the end of last season and had high expectations for this season, has been terrible across the board. The secondary is a joke, to the point where I wonder if the Chargers wouldn't be better off just sending 11 guys on a blitz on every play.

Eric Weddle remains the most talented player on the defense, and is probably still the best free safety in the league, but there's been a drastic change in how he's been used this season. To try and cover for the lack of talent elsewhere, Weddle has been moved around and has played more strong safety, outside linebacker, inside linebacker, and nickel cornerback than he has the "deep zone coverage" that he is so great at. You'll see him on Sunday, trying to rush around offensive tackles and cover tight ends and generally looking lost, and he'll almost assuredly end the game as the team's leader in tackles (he does every week).

3. Is Philip Rivers having his best season? What changed?

He was, but he's not anymore. It looks as if his best season will continue to be the 2009 season when the team went 13-3. His numbers from that year are just nutty, though. Rivers is back to playing close to the player he was in 2009, though, which is a HUGE step in the right direction.

Hopefully, in KC, we see a return to the quick-passing offense that worked so well in the first few weeks.

What changed? Mostly, the offense. Ken Whisenhunt's offense is more friendly to QBs than Norv Turner's was. There are more receivers (meaning Le'Ron McClain is on the field a lot less), the routes are shorter and the ball is out quicker. That has helped cover up what has been a shaky offensive line at best.

In the last few weeks, Whiz has seemingly been calling plays with longer routes, or play-action fakes, and it has resembled something closer to the 2012 Chargers offense than what we were seeing earlier in the season. This is one of several reasons San Diego has lost the last three games. Hopefully, in Kansas City, we see a return to the quick-passing offense that worked so well in the first few weeks.

4. You're the Chiefs OC. How are you attacking the Chargers defense? 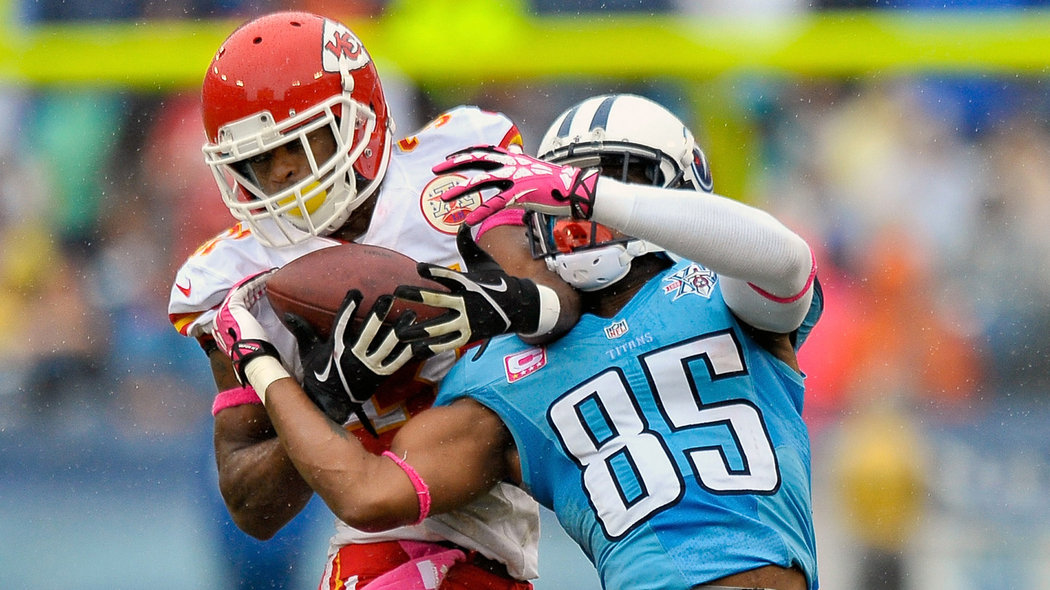 I'm making sure I have 11 players on the field.

Seriously, the defense won't stop anyone. You can throw at the cornerbacks if you want, and you'll have success doing so, but you'll have just as much fun throwing at the linebackers or simply running through the middle of the defense and watching an informative demonstration on poor tackling.

The one thing I would do is avoid third-and-long. For some reason, this defense made up of spare parts is quite good at stopping opposing offenses on third-and-long. The Chiefs should run early and often, throw deep on second down (I'm not even sure these players are aware that they're allowed to try and defend deep passes) and convert the third-and-five (or less) if that doesn't work out.

5. The Chiefs pass rush is hoping for a "get right" game. What kind of test will the Chargers o-line be?

Can't answer it this early in the week. If King Dunlap plays, and D.J. Fluker is at right tackle, the Chargers should be able to put up quite a fight. If Dunlap misses this game, like he did the one against the Dolphins, then it'll get a little scarier for Philip Rivers. [Update by Joel: Dunlap has been ruled out.]

D.J. Fluker, a rookie right tackle, wasn't terrible in his first start at left tackle against the Dolphins, but he did let a few pass rushers by him. Jeromey Clary, moved to right guard in the offseason because he wasn't good enough to be a right tackle, struggled a bit starting at right tackle and holding off Cameron Wake on Sunday. So, we're hoping Dunlap (who has been great) returns, but then the team will have to figure out what to do which two from the group of Clary, Johnnie Troutman, and Chad Rinehart will start at guard.

The bigger question is if Whisenhunt will run the offense is a way that eliminates the effectiveness of Tamba Hali and Justin Houston.