The Chiefs look to rebound after a close loss in prime time. The Chargers present a similar challenge to the Broncos offense so this is the first time this season we find out how the team responds to failure. It will tell us a lot about the resiliency of this team.

The Chargers offense is versatile in their ability to move the ball. They have the speed at their skill positions to run or pass on you. Their skill players can make you pay if you don't account for them. This offense has trouble in taking advantage of its strength, which is their solid offensive line that can run block very well. What is puzzling is why they try to pass so much when the line is below average in pass blocking. Part of the Chargers problem this season is not playing to their strength and it has cost them six times already. 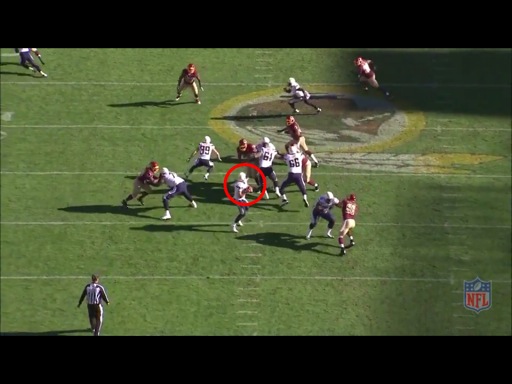 Phillip Rivers has a very talented arm. He can sling the football all over the field with his unique mechanics. Rivers doesn't see the field like Manning does but he can get the ball there just as quickly. Rivers can make every throw on the field when given the time.

The biggest challenge with Phillip Rivers is not giving him the time to throw the ball. He gets uncomfortable in a pocket that is collapsing around him. He will chuck the ball up if you put pressure on him. He also is very limited in his mobility outside of the pocket. You must respect Rivers ability to make any throw, but you need to attack him so you don't have to. 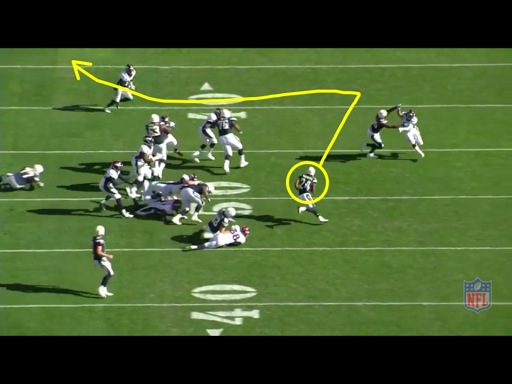 I was really impressed with their running back combination. Ryan Matthews looks like he has lost some weight. and looks quicker than I have seen him in his career. He looks healthy and has a burst to the hole that had been lacking before. He is a threat in this offense with the ball in his hands.

Danny Woodhead has filled the Darren Sproles role for the Chargers this season. The offense had been lacking since they let Sproles leave. Rivers finally has a shifty change of pace back who can cover ground quickly out of the flat. Woodhead is one of the better free agent pickups this season and he is one of Rivers' safety blankets when things go south.

Lastly, Ronnie Brown is their other piece of the running back puzzle. Brown is able to come in and give them some fresh legs on a handful of plays. Brown doesn't have the burst of Matthews but he is a capable veteran who knows how to move the chains. 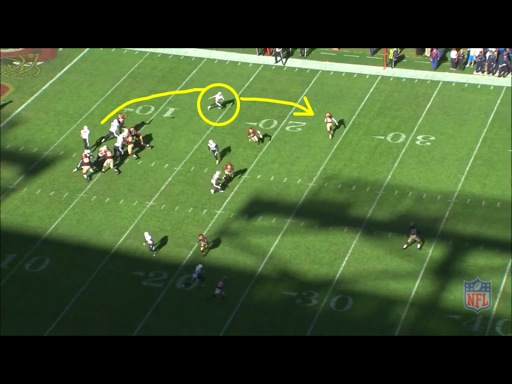 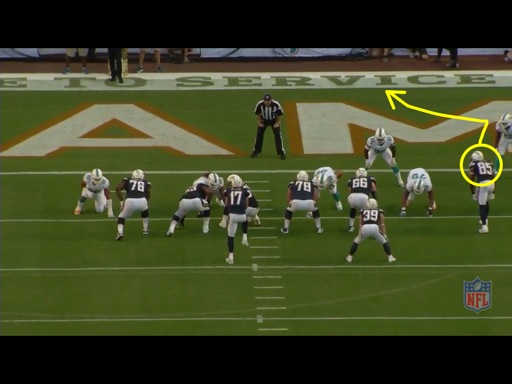 Luckily the Chargers are not the Broncos wide receiving corp but they have a ton of talent. What made the Broncos so unique is their ability to adjust on the fly. They could set-up their separation by using small moves to give them space.

The number one target for the Chargers is Antonio Gates, who looks healthy again, although he is slowing down. Gates is a force on every play of the game. He is their number one mismatch on the field and tough to cover.

The second target is Keenan Allen, who has done a great job as a rookie. He is able to find the holes in zones and make plays. Allen looks much quicker in the NFL than he did on college tape. He is another player you must take away from Rivers.

Eddie Royal is their primary burner. They like to test him out on their pick routes, WR screens and vertical routes. Royal gives them a good deep ball threat.

Vincent Brown is another mismatch but is slowly working his way back after an injury. Before that injury he was on pace to develop into a similar Vincent Jackson type of receiver. He could go vertical quickly, out-leap receivers and make plays on the ball. This season is looks like he is starting to get his groove back.

The final threat has started to come on recently, Ladarius Green their tight end. He is still learning the nuances of route running but has the athletic ability to stretch the field against safeties and linebackers. 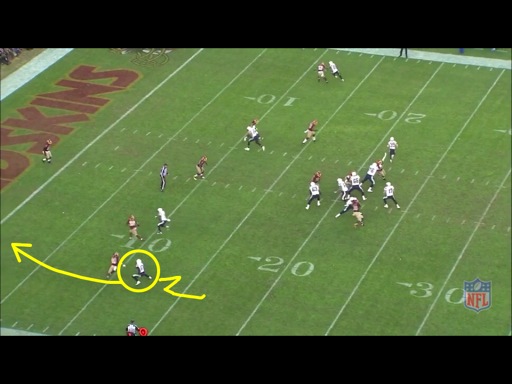 The Chargers weakness is their passing defense. Part of that is the lack of pressure on Rivers and another is the speed in their back seven. I think this is one of the weaker linebacking corps the Chargers have had in awhile. They have issues on run fits, they blow assignments in coverage and they don't cover ground as quickly as you would like them to. But it all comes back to their pass rush. You collapse the pocket and you can cover-up some of those weaknesses.

Corey Liuget is the number one player you must account for. He is very disruptive along the line of scrimmage. He is able to get pressure on the QB from time to time but he is a serious force in the run game. Kendall Reyes is their strongest defensive lineman. He can deliver a pop to the offensive lineman and maintain the line of scrimmage very well. Reyes still has work to do but the strength is there.

For first time in 8 years, Chiefs favored vs. Chargers 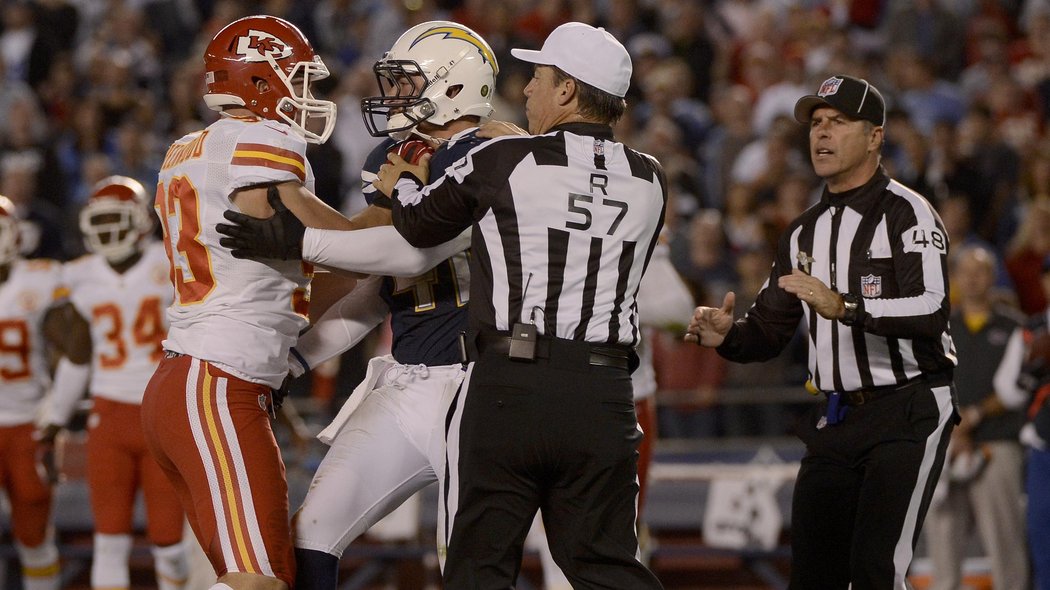 This team misses Melvin Ingram and Dwight Freeney quite a bit. They are currently working with Tourek Williams, who did in fact sack Manning. On the other side, Jarrett Johnson and Thomas Keiser have been getting reps. None of the three bring the closing speed or strength of Ingram and Freeney but they have done their best. The guy to get one on one in matchups is Manti Te'o, who is slow in coverage. He is the player you want to take advantage of with Jamaal Charles or Dexter McCluster out of the flats. You can win that match-up every play.

The Chargers were able to get physical with the Broncos but they have their struggles with consistency. Derek Cox and Shareece Wright are both going to need time to grow but the potential is there. They can both be attacked without a ton of concern in testing them. Johnny Patrick though is the corner that concerns me. He has serious speed and can change a game with a pick six or fumble recovery. Eric Weddle is in the wrong position. In my mind he excels as a run stuffer and helping in pass coverage. Weddle should be playing strong safety. I'm not concerned about their secondary if Smith gets time to throw.

On offense, I fully expect the Chargers to copy the Broncos. Get the ball out quick in the passing offense. Limit the pass rush of the Chiefs. They are efficient in the run and can excel out of the shotgun formation. I think Rivers will try to attack whoever is on Antonio Gates and from there he will take what the defense gives him.

On defense, I expect the Chargers to get physical with the Chiefs. I expect them to funnel all runs back inside. I anticipate them challenging the Chiefs receivers to get open and stacking eight in the box. 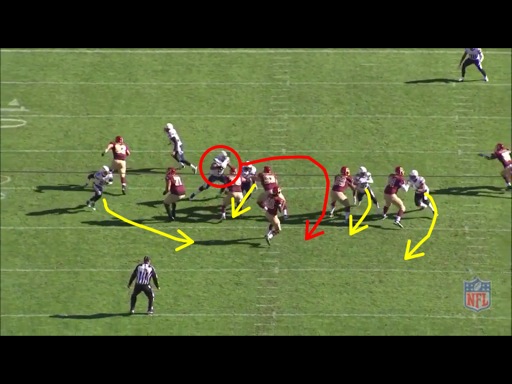 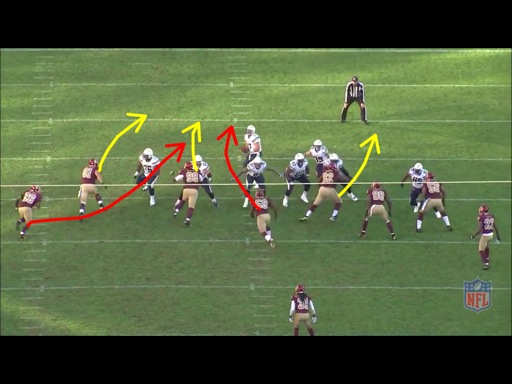 This challenge will be similar to last week. The Chiefs need to limit their mistakes in this game, get back to attacking on defense and find their groove before Denver comes to Arrowhead. You can't take the Chargers offense lightly because they will burn you if given the chance. So attack them on every play.