Grade the Kansas City Chiefs performance against the Denver Broncos

The Kansas City Chiefs are no longer undefeated after losing Sunday night's game to the Denver Broncos, 27-17. How did the Chiefs do overall? Not good enough. Vote in the poll below and let us know what your grades for the KC Chiefs are.

Share All sharing options for: Grade the Kansas City Chiefs performance against the Denver Broncos

As usual on a big loss like this I'm waking up more optimistic than a lot of others. Maybe that's just who I am as a fan -- I'm an optimistic person. I'm walking out of Sunday night's Chiefs-Broncos game looking at how close the Chiefs are to the Broncos, rather than how far away they are. The glass is half full for me despite the loss. 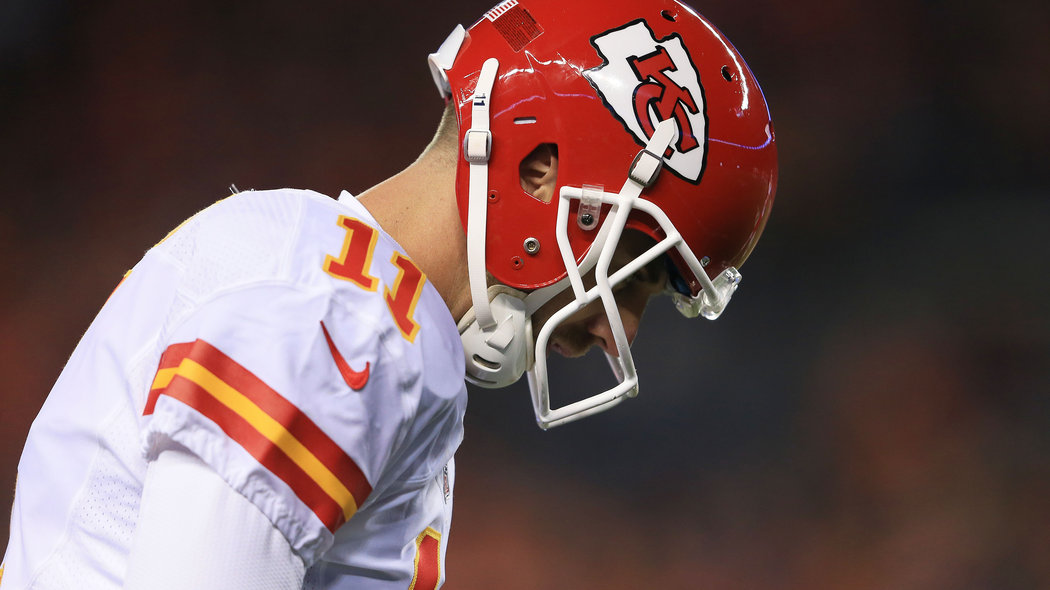 The reason I give the Chiefs a C- and not a D+ is because they actually attempted some downfield throws in this game, which tells me they knew what they had to do against Denver. They just couldn't do it.

Whoever you blame, the Chiefs offense wasn't good enough. That fumble by Anthony Sherman was killer.

27 points against the NFL's best offense (maybe ever)? I can live with that.

The sacks weren't there but I can live with most of that. I went back and looked at how quickly Peyton was getting the ball out and the Chiefs pass rushers just didn't have much of a chance. Statistically this was Peyton's worst game of the season so the Chiefs affected him when you compare it to how others played him.

27 points against the NFL's best offense (maybe ever)? I can live with that.

C is for average. Some good things, some bad. But nothing that really stands out. At least Trindon Holliday didn't take one back.