The Kansas City Chiefs dropped their first game of the season on Sunday NIght Football to the Denver Broncos. The game is disappointing but in the big picture it's also important to remember that the Chiefs are still in the thick of the AFC playoff race. Instant reactions to the game below.

The Chiefs-Broncos game went ... as expected? In some ways, that's what I'm thinking as I walk away from this game. The defense played well enough to win, or at least well enough to give them a chance, and the offense couldn't convert when the Chiefs needed it most. That's been the story with the Chiefs offense for most of the season but they have usually been able to come up with a key play or drive late in the game to seal it. There was no such drive in this game. 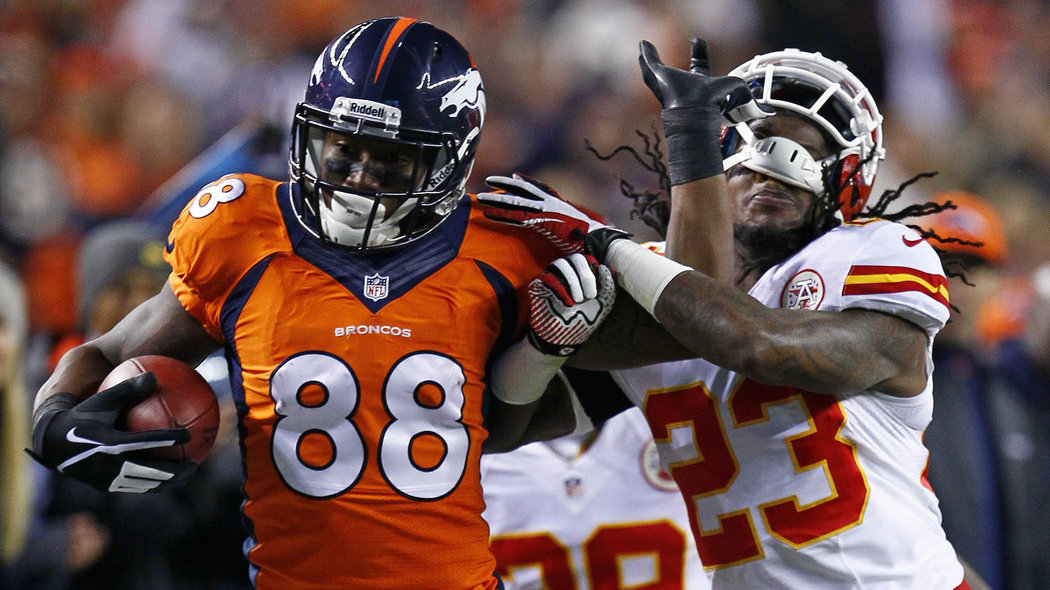 We'll have plenty more reactions to this game in the coming days. Check out the enemy reaction over at Mile High Report. A few instant reactions from me below...

They should've gone for it. Down 14 points with 11:58 left in the fourth quarter, the Chiefs elected to punt on a 4th-and-7 on the Broncos 41-yard line. The Broncos took over four points off the clock and kicked a field goal. That decision sticks out to me.

Chiefs pass rush was non-existent. Peyton Manning stayed clean the whole time. The Broncos offensive line deserves credit but this was about Peyton getting the ball out really quickly. The Chiefs probably didn't blitz as much knowing Peyton is getting the ball out in under three seconds anyway.

As predicted, Chiefs offense was an issue. There were some bright spots, sure, but overall the Chiefs offense struggled throughout the night. It was the inconsistency. You could question some of the play calling but really the Chiefs didn't execute for full drives. They would show some flashes and then make a drive-killing mistake (like a penalty).

Chiefs actually throw it deep. The Chiefs went deep more in this game than they have all season. Alex Smith seemed to be making an effort to stretch the field. Alex's completion percentage took a hit -- 21-of-45 passing -- but it was nice to see the Chiefs stretch the field more. A step in the right direction on that front.

Brandon Flowers vs. Wes Welker was the best match-up of the night. Wes Welker exited later with a concussion but his battle with Flowers was terrific. Welker ended with 8 receptions for 72 yards but Flowers hit him hard all night long.