Andy Reid on whether he's aware of just how BIG this Chiefs vs. Broncos game is, and more quotes

Just how big is this game? What does the altitude matter? How will the Chiefs attack Denver? Find answers to those questions and more in this collection of quotes from KC Chiefs players and coaches during Denver Broncos week.

Share All sharing options for: Andy Reid on whether he's aware of just how BIG this Chiefs vs. Broncos game is, and more quotes

As a coach are you conscious of the magnitude of this game?

Head coach Andy Reid: "Listen, it's two good football teams playing each other, so you've got to expect that. That's all part of this. I think for both teams, it's a privilege to be in this situation and now you go play. I've always stated this and will continue to do so that you make sure that you prepare for the team you're playing. We respect the heck out of them and then, you get yourself right to play, and that's what I think the guys have done this week. We had a good week of preparation here."

What role does the altitude play when playing in Denver? 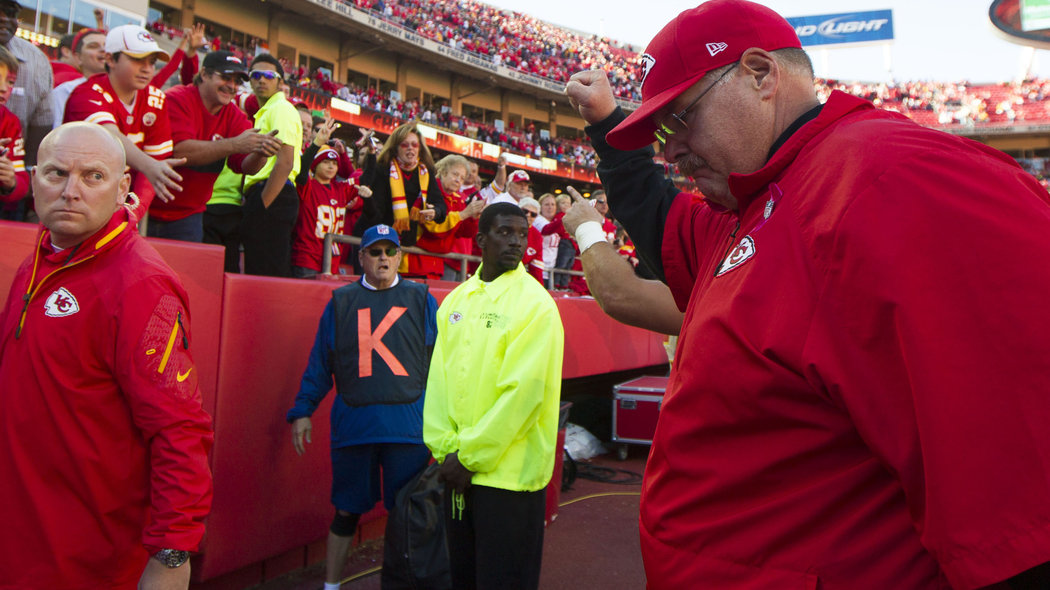 Head coach Andy Reid: "It hasn't. Probably in particular at this time in the year, I think the guys are into football shape. We're not running a marathon; we're playing a football game. So, I haven't seen that being an impact. I played in college at BYU, obviously, which is (elevated), so I understand all of that. But I don't think that will be a factor in this game."

Is it important to have big corners like you have to go up against this Denver offense?

Defensive coordinator Bob Sutton: "Yeah, I mean anytime you're playing someone as talented as Peyton (Manning), as intelligent as Peyton is, it gets down to a game of contested throws. That's what we do anyways, but you have to do that in this game because (he has a) 71 or 72 completion percentage, you have to contest those plays. Then obviously they have some bigger receivers, (Demaryius) Thomas and (Eric) Decker, and those guys are big and taller guys compared to some of the other receivers. Then they have Wes (Welker) inside and that's another problem or issue. But in the end, you have to challenge them and contest the throws and do the things like how we do business here. It's just important, now it doesn't mean you're going to win all the time, obviously based on what's on video, there haven't been many wins for the defense. You just have to go in and compete like heck because this guy, everybody knows his background, his history. He does a great job of preparation. He understands what they're doing obviously very well, it's his offense. He dissects defenses probably as good as anybody, ever."

Is the respect factor a motivator?

Broncos are heavy favorites over Chiefs 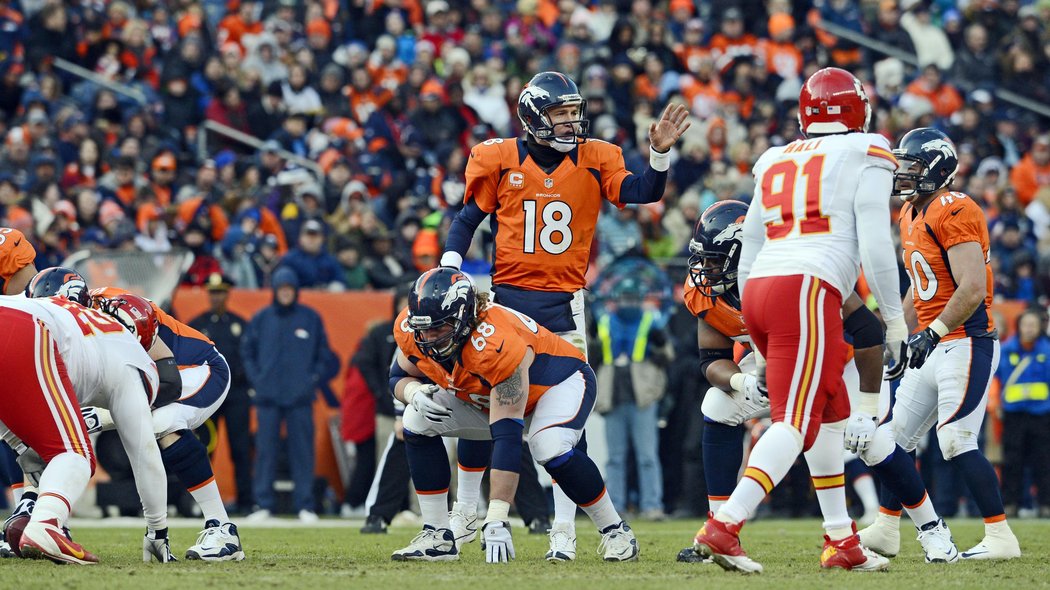 QB Alex Smith: "That's there, but I think the fact that it's a division game, a division rival, division implications, I think that trumps everything."

What are you expecting with the Broncos?

When you're defending Peyton Manning and he's yelling out the things on the line, are you listening
to try and understand?

OLB Tamba Hali: "No, myself personally, I don't pay attention to what he's saying. His tendencies are his tendencies, and you can't really pay too much attention to that or you get caught up in his game. We have a game plan, and we just want to execute our game plan."

Are you excited with all of the hype? 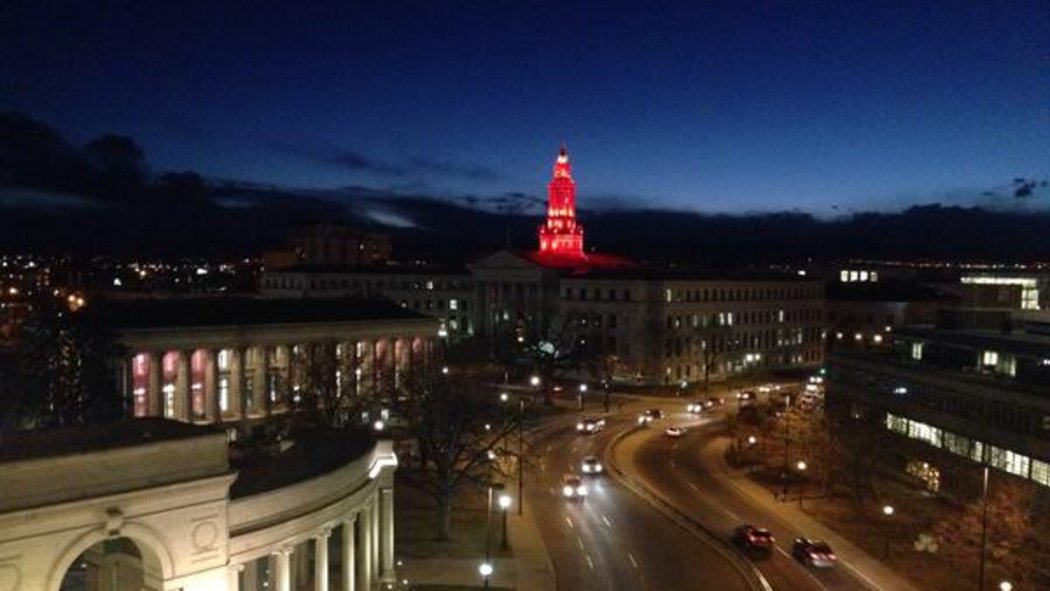 OL Geoff Schwartz: "I'm definitely excited. It's a big game for us. We're going to play a division opponent, one who is a great football team. We're on national TV, and we get to show the country what we're about. I'm pretty pumped, and I know we're pumped as a team."

How will the noise in Denver impact you guys?

OT Donald Stephenson: "We've played in some pretty crazy environments already, but I'm pretty sure this is going to be the biggest one. We expected it. It's a big game, a rivalry game. We go up there and pay attention to the snap count, good communication up front; we should be able to handle it."

How competitive are you and your brother (who punts for the Broncos)?

"We've played in some pretty crazy environments already, but I'm pretty sure this is going to be the biggest one."

Do you have to tell Alex Smith to take shots down field occasionally?

Offensive coordinator Doug Pederson: "You talk about it in meetings, you don't want to put things in his brain or his mind where he gets locked in on a certain play or a certain receiver in certain situations - you can't do that to the quarterback, you kind of handcuff him that way. He still has to read the play out. He understands where he is at from that - he's learning this system like everybody else. We're going to continue to push the ball down the field and rely on his ability to make plays."

Do you imagine Kyle Williams will get some work on special teams Sunday and beyond?

Special teamds coach Dave Toub: "Yeah, I went back and looked at all of his clips, and he looks pretty darn good. We plan on using him in some capacity during this game."